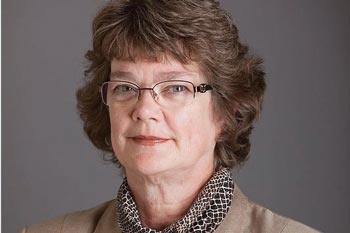 When individuals taking vitamin D supplements were excluded from the data, evidence of low vitamin D blood levels was even greater. In fact, during the winter months, more than one-third of Canadians not using supplements did not meet the level associated with the Recommended Daily Allowance, the study found.

"We have shown the advantage that supplement use and sun exposure can have to help Canadians maintain their vitamin D status," said U of S nutrition professor Susan Whiting.

Low vitamin D can increase the risk of bone-related problems such as rickets, osteomalacia (softening of the bones), and osteoporosis. Low vitamin D may also compromise the immune and inflammatory systems.

The new study, published in the American Journal of Clinical Nutrition, suggests that current food choices alone are insufficient to maintain recommended vitamin D levels for many Canadians, especially in winter.

"If you're taking a supplement, you're half as likely to have blood levels of vitamin D in the deficient range or below the level associated with adequacy for individuals," Whiting said.

The study is the first in Canada to examine vitamin D intake in comparison to levels outlined in the U.S. Institute of Medicine's 2011 Dietary Reference Intake (DRI) report which sets out the estimated average daily vitamin D requirements for individuals. The Canadian government has accepted that report as the basis for new recommended values for vitamin D and calcium levels considered adequate for specific age groups, as well as safe upper levels.

The 2011 DRI report states that children and adults, ages one to 70 years, should consume 600 IU (international units) per day and those over 70 years should take 800 IU per day. However, the Canadian diet provides only 200 IU on average, Whiting said.

Non-white Canadians had the highest risk of not achieving DRI recommendations. "We think this is in part due to the fact that with more skin pigmentation, there's a need for greater exposure to sun in order to make vitamin D," she said.

The research was conducted by Whiting and Hassan Vatanparast of the U of S College of Pharmacy and Nutrition in collaboration with Linda Greene-Finestone of Public Health Agency of Canada and Kellie Langlois of Statistics Canada.

The study involved an analysis of 2007-2009 data gathered as part of Statistics Canada's Canadian Health Measures Survey which involved more than 5,300 individuals who were tested for vitamin D blood levels.