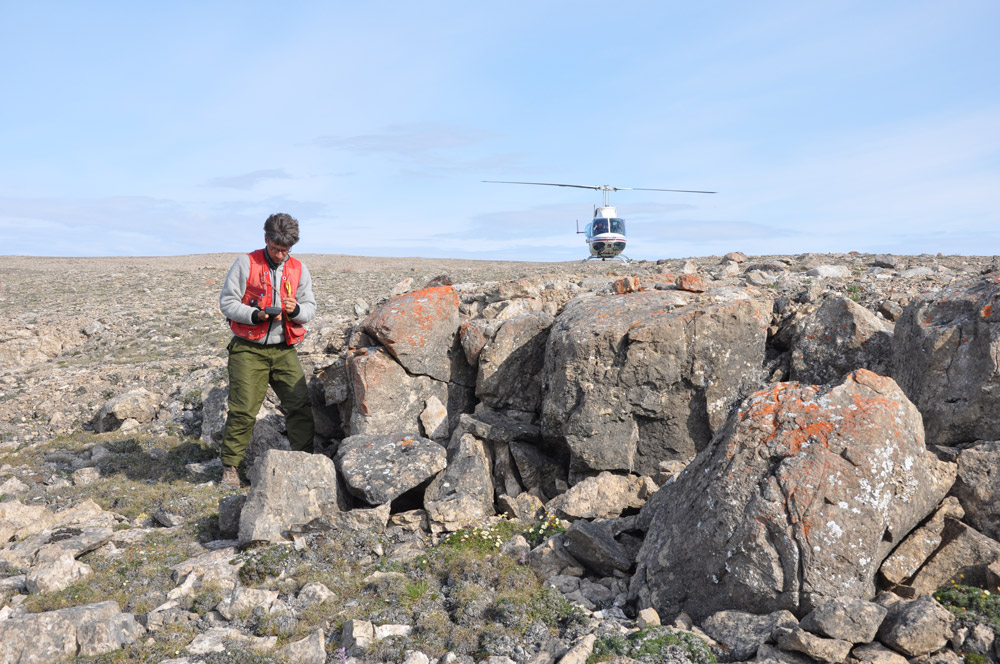 Located on the northwestern part of Victoria Island, the impact crater, or astrobleme, is about 25 km wide and is Canada's 30th known meteorite impact feature.

"It's another piece of the cosmic Earth puzzle," explained U of S geology professor Brian Pratt, who made the discovery with GSC colleague Keith Dewing. "Impact craters like this give us clues into how the Earth's crust is recycled and the speed of erosion, and may be implicated in episodes of widespread extinction of animals in the geological past."

The researchers discovered the crater two summers ago while exploring the area by helicopter for the Natural Resources Canada (NRCan) Geo-Mapping for Energy and Minerals program, and it took two years to properly assemble the geological maps and submit their article for publication. Pratt and Dewing named the new discovery the Prince Albert impact crater after the peninsula where it is situated.

And while there is no way to pinpoint the exact timing of the impact, evidence suggests the crater is younger than about 350 million years but older than about 130 million years. One of the questions asked of Pratt is how could something this large lay undiscovered for so long.

"Several geologists visited that area in the â€˜60s and â€˜70s," said Pratt. "It was those old industry reports of steeply tilted strata, unusual in the western Arctic, that had us intrigued. Unless you recognized the telltale clues, you wouldn't know what you were looking at. You might see a bunch of broken rocks and wonder how they got there, but we found abundant shatter cones. These are radiating crack surfaces up to a metre in size that are formed from the enormous amount of energy created when a meteorite slams into the Earth's crust. Our map showed that the feature is circular which is characteristic of impact craters. It's an exciting discovery."

There are at least 160 known meteorite impact features on Earth. Because of the extent of ocean coverage, the effects of weathering and erosion, and the dynamic nature of plate tectonics, Pratt said geologists believe many more meteorites must have hit the Earth but there is now no trace of them.

For maps and additional photos, visit the U of S Flickr gallery.