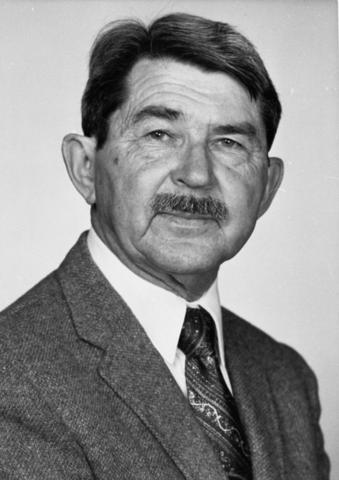 The department is launching its centennial year celebrations Sept. 20 and 21 with an array of presentations and an exhibit featuring the Nobel gold medal awarded to alumni and chemist Henry Taube (BSc'35, MSc'37). Taube's Nobel Prize, along with other personal awards and memorabilia, was donoted to the U of S in 2011.

Taube is the only U of S graduate—and first Canadian-born chemist—to win a Nobel Prize, which he received in 1983 for research on the basic mechanisms of chemical reactions and, perhaps most notably, electron-transfer reactions.

"The significance comes from considering that (Taube) was a guy who grew up in small town Saskatchewan, came to the university, was interested in chemistry and went on to what would be the pinnacle of that kind of career," said Dave Palmer, head of the department.

In addition to the medal, the Taube exhibit will feature memorabilia, photographs and correspondence. Palmer said the correspondence includes rejection letters Taube received after applying for faculty positions in the early 1940s at numerous universities. There is even a rejection letter from the U of Sbut Palmer explained there was no position available when Taube applied. Taube ended up teaching at Cornell University, the University of Chicago and Stanford University, where he remained until his death in 2005 at the age of 89.

"To me, it speaks well beyond science," Palmer said. "It tells people that sort of career trajectory is possible. Much like a drama student looking to win an academy award or (a writer) winning the Pulitzer Prize, there is no reason that can't be you. He started right here, sat in (the Thorvaldson Building) and achieved greatness."

Palmer noted the chemistry department has played an integral role in scientific innovations throughout its 100-year history. Its first students were tasked with studying the quality of local milk and well water, while former department head Thorbergur Thorvaldson revolutionized cement manufacturing. Current students and faculty are receiving international attention for their work on everything from fundamental properties of matter to solar energy research.

"This is truly one of the departments that built the university into what it is today, so we are really proud and excited to celebrate that," he said.

A department reunion will be held Sept. 20 and 21, featuring walking tours and talks by notable alumni. The Taube exhibit will be open Sept. 9–20 in the Murray Library. The Taube Nobel medal will be on view in the afternoon of Sept. 20 with a brief presentation at 3 pm.