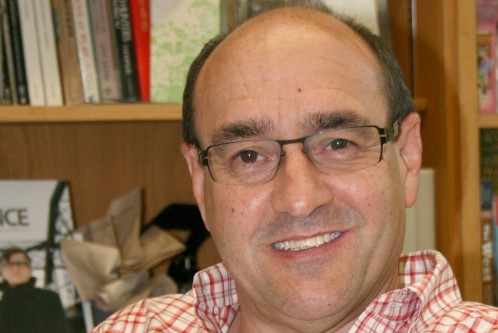 Gordon DesBrisay, associate dean of student affairs in the College of Arts and Science, said Open Studies was the academic home last year of about 500 students who fall into two distinct groups—explorer or casual students, part-time learners who wish to take classes at the U of S without committing to a degree program; and college students who are required to discontinue (RTD) and are academically at risk. A proposal to disestablish Open Studies recognizes that the current structure cannot capitalize on the potential growth in the desirable cohort of casual learners, nor can it meet the academic needs of RTD students. University Council approved that proposal at its June meeting.

"A key message here is that we're not in any way backing away from part-time students," said DesBrisay. "It's our historic mission to be accessible to the people of Saskatchewan ... and we want to promote the option of part-time study at an institutional level."

But he described Open Studies as "an unproductive option" for RTD students who, instead of leaving the university for a year, can enroll in Open Studies. The aim is for them to take classes through Open Studies, improve their grades and return to a degree-granting program.

"So we show them the door by RTDing them but suddenly say ‘Or you can go to the basement.' Nobody wants to hang out in the basement. It's limbo. We need to help them get outside or help them stay and succeed."

The proposal, which still requires approval of University Senate in October and the Board of Governors in December, would see Open Studies continue as an admission category for casual students but administrative responsibility for that cohort would devolve to the colleges. The colleges would accept the students in either the non-degree or provisional category of admission. Either way, casual students would have full access to college support services currently unavailable to them in Open Studies.

For RTD students, continuing full-time study through Open Studies would no longer be an option, DesBrisay explained. Instead, colleges would be responsible for identifying at-risk students "and helping them stay and succeed, or helping them leave with a plan to return. This forces both parties to have a concentrated think about this—the students about whether they really want to stay and the colleges about taking responsibility for the decision to RTD."

Often, students have a backstory that could be the basis for an appeal of an RTD decision, which is made strictly based on grades, said DesBrisay. With the elimination of the Open Studies option, efforts must be made to ensure college appeal processes are known and that college staff is proactive in reaching at-risk students.

DesBrisay added that extensive data collected by Open Studies staff show that fewer than one quarter of RTD students manage to raise their academic average enough to be readmitted to a college. But that is not for want to trying on the part of staff, he said.

He spoke highly of Lucille Otero, Open Studies co-ordinator, and Sandra Ritchie, manager of student central support services, whose abilities "left no question that we weren't trying hard enough. We had a long, hard look at our structures and they weren't very efficient in terms of serving students."

As the disestablishment process unfolds, DesBrisay said Open Studies staff and their counterparts in the colleges will work to ensure a smooth transition for all involved.

The change will also mean the dissolution by May 1, 2014 of the Open Studies Faculty Council, a group composed of representatives from all colleges with an interest in Open Studies students. And it will mean the end of DesBrisay's time as designated dean.

"Yes, I'm the last of a long and distinguished line but I've got lots to do in my day job."