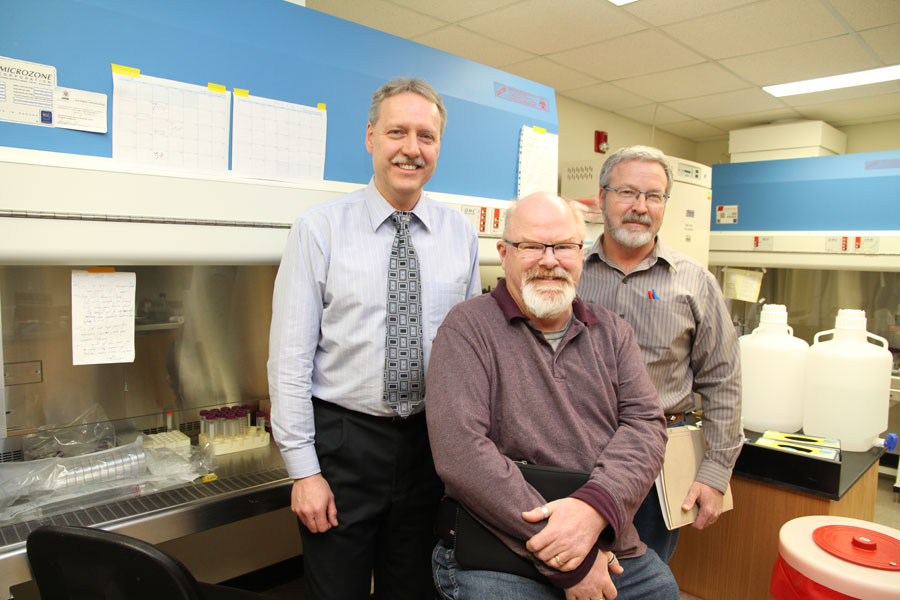 "We've had an undergraduate program in toxicology for 12 years, the only one in western Canada," said Mark Wickstrom, chair of the Toxicology Undergraduate Program. "But when students leave high school, toxicology isn't exactly top of mind."

"Toxicology addresses real world concerns, but prior to this course, students haven't been exposed to this (subject) until third or fourth year," said Liber. "When students discover this area of study, they often say ‘I wish I knew about this sooner.'"

To change that, Liber, Wickstrom and lead instructor Paul Jones, developed Poisons and Pollutants, a 200-level course that will be offered this coming fall. The course, explained Liber, only requires 18 university-level credit units in order to enroll and will give students a taste of toxicology earlier in their academic careers.

The curriculum has also been designed so that a science background is not required, said Liber, in the hopes that this will draw wider interest from students with diverse backgrounds.

"In the real world, we are surrounded by poisons: radiation, food poisoning, industrial chemicals and pesticides, drugs, air pollution," said Wickstrom, an associate professor in the Toxicology Centre and the Department of Veterinary Biomedical Sciences who studies wildlife toxicology. "Toxicology is a broad-based, interdisciplinary science with many career paths, in large part because people are increasingly concerned about their health and the health of the environment."

The classes are intended to give students a historical overview of toxicology, with each class covering a different subject area. "Every class is a different stand-alone lecture," explained Jones. "They are meant to tell the story of toxicology from the beginning, tracking its transformation, and highlighting major poisoning and pollution events."

No small task, said Wickstrom, adding, "If prostitution is the oldest profession, then toxicology is the oldest science… It existed the moment someone asked: ‘Can I eat this mushroom or berry?' Determining what was safe to eat was a trial and error experiment."

With topics ranging from animal toxins and how to make a better poison, to recreational drugs and nuclear power safety, Jones will soon be recruiting different toxicology program faculty experts to lead each lecture.

"We want to give faculty an opportunity to talk about something that really excites them," said Jones, whose own research increasingly focuses on examining human impact on ecosystems in Northern Canada. "As we pieced together the course outline, we could easily identify one person who is the best to lead a certain topic."

The team effort, explained Liber, is necessary because launching a brand new course is a lot of work for one person, and "none of us are experts on everything. This way students learn from the very best in each area."

Only time will tell how the class will be received, said Liber, but the one thing the group is sure of is that there will always be a need for toxicologists.

"The last lecture covers what toxicologists do and the future of toxicology," Liber said. "In the world we live in, sadly enough, there will always be poisons and pollutants, so we will always have jobs. Air quality, water quality, food safety, spills and pills — society will always need to respond to and reduce the risks from contaminants, whether man-made or natural."