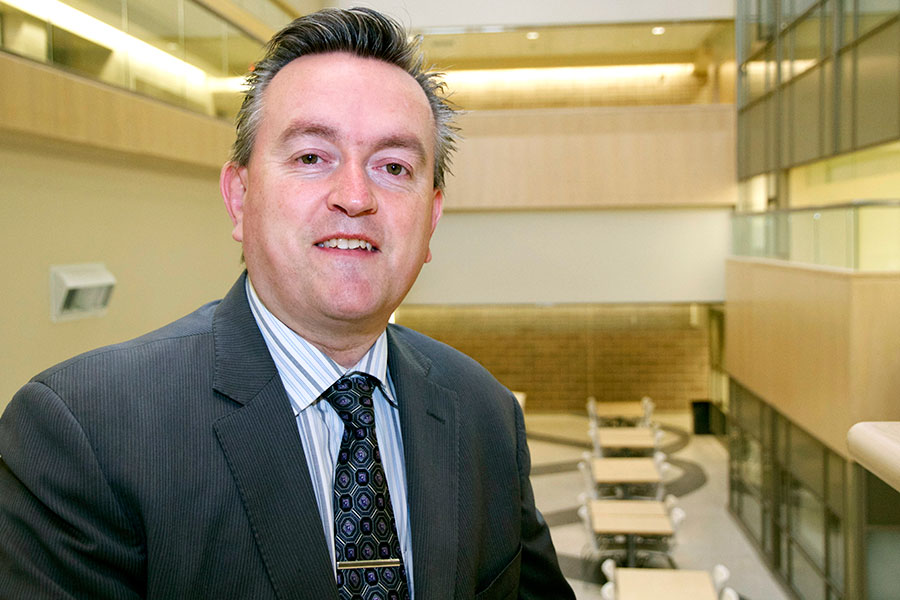 "I describe it as a work in progress," said Martin Phillipson, a professor of law and the vice-provost of organizational restructuring for the college. "The analogy I use is that we're renovating the house while we're still living in it. We still have a college to run and everyone is working very hard but it's not happening in the public sphere."

The one public piece that Phillipson described as critical to the restructuring plan was the announcement in December that Dr. Preston Smith, currently senior associate dean of education at Dalhousie University's Faculty of Medicine, will assume the deanship in Saskatoon July 1. "Our job now is to put the building blocks in place for the new dean," he said.

Efforts to restructure the college, including designing a governance model in line with other medical schools in Canada, have been underway since April 2012, with formal approval in principal of a vision document taking place in December of that year. Structural change was required to address critical issues of accountability, assignment of duties and realignment of resources to significantly improve teaching and research outcomes.

Phillipson said although Smith does not take office for some months, he has been monitoring progress on the implementation plan closely. Smith has made a number of visits to Saskatoon, Phillipson has spent time with him in Halifax and the incoming dean gets regular updates inbetween.

"The new dean will be essential in pulling people together, in putting together a new leadership team that will turn the restructuring plan into reality," said Phillipson. On that front, work is nearing completion on filling the position of chief operating officer for the college. He added a national search is about to begin for a vice-dean of research, "somebody with a vision who will set the course of medical research in the college and in the province." There are also four unified department head positions that need to be filled on a permanent basis.

A key element of the restructuring is streamlining service between the college and health regions for the delivery of both academic instruction and clinical care. That work is "moving along," said Phillipson.

"One of the most significant pieces of work continues to be our work with government and health regions to design a better way to pay physicians who want to contribute a significant amount of their professional time to both teaching and research. Currently, the funding model is not as balanced as we need it to be. All parties are working hard on this, and we're making progress."

There is also work going on with the provincial Ministries of Health and Advanced Education to rework the way the college is funded. Again, it involves the health regions and issues like how funding flows through the college, he said. Current funding is secure and a restructured budget should be in place by next year. Phillipson said the government's involvement exemplifies its commitment "to helping us design a 21st-century medical school."

All of this, he added, is taking place while the College of Medicine is on accreditation with probation. The next site visit by the accreditation bodies is a year away "so we have 12 months to make significant progress on the issues we need to address. The incoming dean is a nationally recognized expert in medical accreditation and his knowledge and experience will prove invaluable in this regard."

He stressed that two of the key guiding principles for all of the changes going on are that there be no disruption to student education or patient care.

"We made a commitment to this at the outset of the restructuring process and we've delivered on that commitment." Phillipson cited the results of the recent resident recruitment and matching process, which were the best in recent college history. The adoption of a new undergraduate curriculum is also evidence of positive changes "that will benefit our students and the people of the province."

Morale within the college has waxed and waned through the process of developing a vision for the future and an implementation plan to get there. "There was a time when people weren't engaged," said Phillipson. "Accreditation was a wake-up call but the announcement of the dean was a huge shot in the arm. I have a sense that people realize we have work to do, and they want to be part of changes that will to make the college more successful.

"The pace is not always what you'd want it to be and save the appointment of the new dean, there may not be any big announcements, but change is happening in the college and that's exciting."