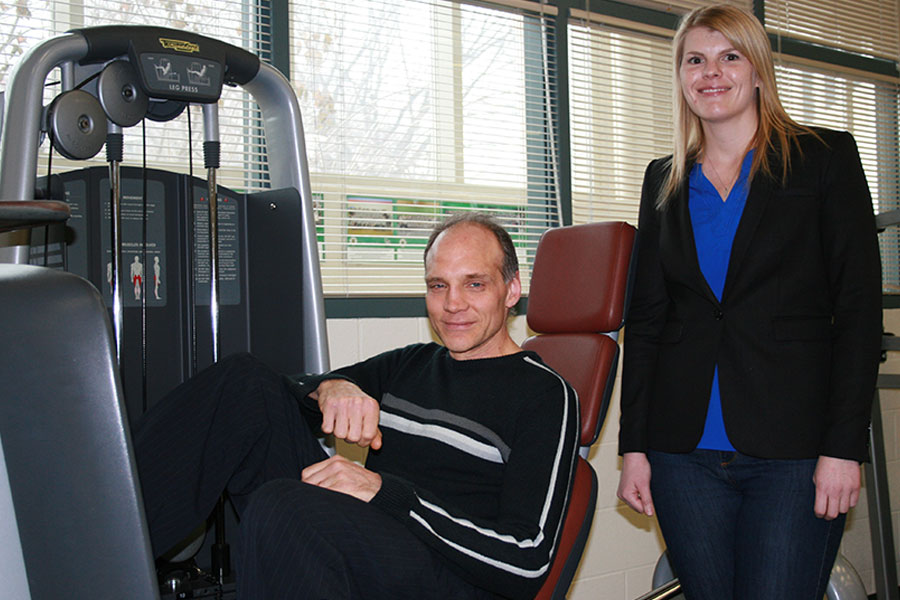 Phil Chilibeck, a professor in the College of Kinesiology, has long studied the effects of these supplements on adults in their 50s and 60s, and has had some encouraging results. And, he explained, exercise primes the body to benefit from their use.

"Taking them during a resistance-training program is best," he said. "Resistance training turns on the metabolic pathways in our muscles that are involved in protein synthesis. The (supplements) then provide the amino acids necessary to build those proteins."

But which supplement is best? In one recent study, Chilibeck and PhD student Whitney Duff looked at 40 men and women aged 52-66 years. One group received whey protein, a staple for high-performance athletes, while the other received a bovine colostrum supplement.

During the eight-week study, everyone participated in a supervised 12-exercise resistance- training program. Their mental fitness was tested with a specially designed questionnaire.

"We found that both groups got stronger and their cognitive performance improved," Chilibeck said. "However, the group taking the colostrum supplement performed significantly better on the leg press, and their bone resorption was reduced."

Bovine colostrum, the first milk secreted by cows right after they give birth, is rich in amino acids, other nutrients and various growth factors, according to literature cited by Chilibeck. This includes IGF-1, which is important for development of not only muscle, but brain and bone tissue. Produced naturally in the body, dropping levels of IGF-1 in people as they age is thought to be linked with cognitive decline and lower bone mass.

"We've done this short term study to show (colostrum) decreases bone resorption, but we didn't measure actual bone mineral," Chilibeck said. "It would take months to change bone mineral, and studies of this length have not done been with colostrum."

While many dietary supplements claim to slow the effects of aging, relatively few have the research to back up their claims. Chilibeck's previous work with creatine which helps supply energy to muscle cells, protein supplements and various amino acids show some do provide benefits when combined with exercise.

"Protein supplements would be most effective if taken after a training session and in relatively large amounts, that is, equal to about a litre of skim milk in the first few hours after exercise," he said, explaining that older muscle is less efficient at using protein supplements so larger doses are needed.