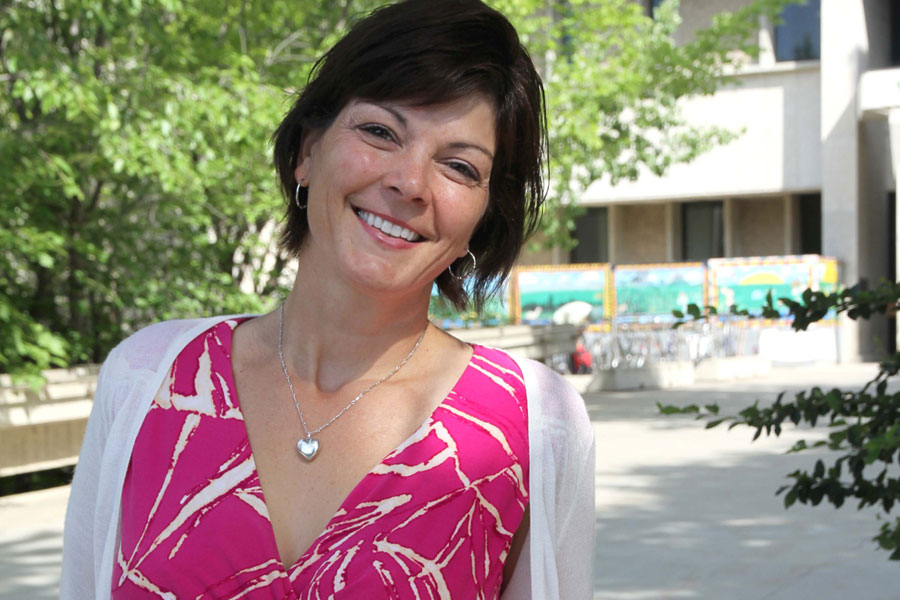 University of Saskatchewan Senate will vote April 25 on a request from the college to add a direct-admission option. For Dean Michelle Prytula, the change will be a major step in addressing a number of challenges in teacher training at the U of S, including competition from the direct-entry program off ered at the University of Regina (U of R).

It is difficult for students to think of themselves as future teachers when they are required by the current sequential admission process to spend two years taking classes in another college before applying for the education program, she said. "Some have told me they'd rather go to a diff erent university where they get to go directly into education. Th at's not an unusual statement from students, or parents."

The history of the current sequential education program dates back to 1997-98 when the college's budget was reduced. Prytula said according to documents from that time, the college considered a number of possibilities, "and doing away with direct entry was the option they chose." The result was a reduction in the number of seats in the college to 300 from 450, and the move to the sequential approach where students were admitted only aft er they had completed 60 credit units of pre-education coursework in the College of Arts and Science. Once admitted to education, students then completed an additional 60 credit units of education classes.

In addition to the issue of competition with other education programs, Prytula said the sequential program also makes it difficult for students to select early on in their university career the courses they could take in order to immerse themselves in their areas of specialization as, for example, a science or math teacher. "They do take math and sciences in their first two years but there's no motivation to take more. If they know they're going to be teachers right off the bat, then we're removing those barriers to pursuing a specialty."

There will be no change to the admission requirements with the new option, she added, "but I think students will feel more free to take electives that are education or subject specific."

Prytula pointed out students will still be able to select the two-year sequential program or the post-degree program; direct admission will simply be another option.

But even with an added admission option, the quota of seats will remain at 300. The dean said the Ministry of Education has indicated the education programs at Saskatchewan's two universities "are in line with the provincial need for teachers."

And then there is the issue of student and alumni affinity to the college. Prytula explained students spend two, four-month terms in the college before heading out to classrooms for their internships in term three. They return for a fi nal term, "usually unhappy because they have to be in class again. We don't give them a chance to love us. We've set ourselves up to fail in terms of student engagement and alumni engagement."

She added she looks to the four-year Indian Teacher Education Program (ITEP) for inspiration when it comes to engagement. "Our ITEP students are very proud alumni, and I think that's an understatement."

Should University Senate approve the direct admission option—and the dean has heard no negative comments about the proposal from any quarter yet—the change will come into effect next year. "I wish it could be this fall but I've already been told this is break-neck speed for 2016."