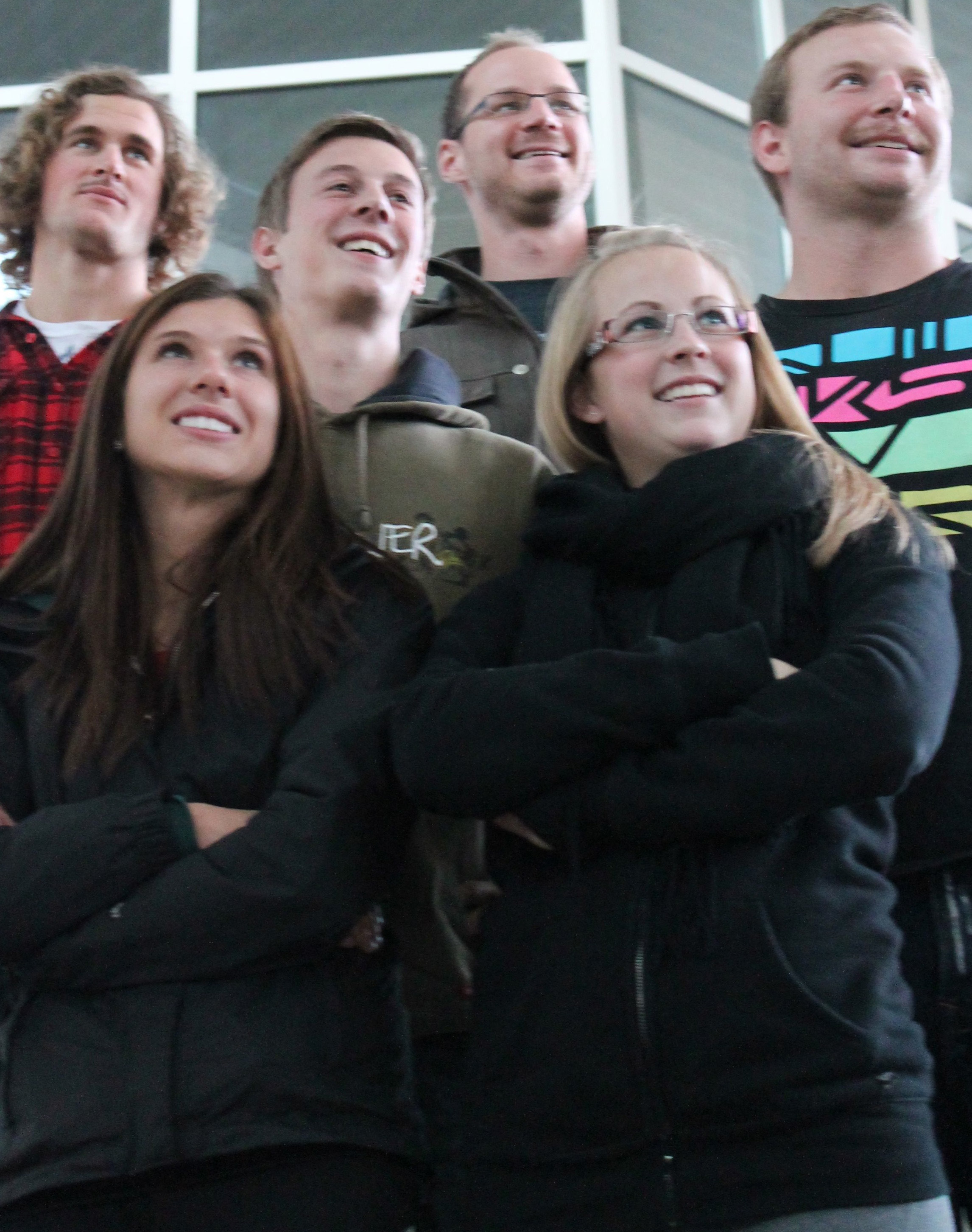 Dranchuk, a third-year student from Calgary, is in a class at the University of Saskatchewan that is helping to launch Good Food Junction. The grocery store is scheduled to open next summer as part of Station 20 West on Avenue K and 20th Street, bringing a fresh look to Riversdale and giving the neighbourhood a lift.

"I come from a fortunate family," said Dranchuk. "To have nothing in the fridge, be stretched for food, is something I haven't experienced." But she said she is waking up and smelling the coffee.

She and five other students in her class — Brent Baranieski, Daniel Boszak, Brittany Elliot, Michael Seib and Kyle Slobodian — are spreading the word. They make posters. They've had an information booth in the pedestrian tunnel to the Arts Building. Soon they will go door-to-door in Riversdale and talk to people about the new food store.

This neighbourhood, one of the oldest in Saskatoon, has a rainbow of ethnic cultures. It has single parents and residents with low incomes but it doesn't have a grocery store.

"In a province that exports $22 billion in food, 10 per cent of our population can't afford to eat healthy," said Tom Allen, an associate professor in the College of Agriculture and Bioresources. "Eating in a confectionery, a mother taking a 20-pound bag of potatoes home on the bus, we can't have that."

Allen is a friend of Ralph Winterhalt, the business manager of Good Food Junction. Together, they are encouraging students to get in on the action. While Dranchuk and crew are the project leaders, more than 40 students in a class Allen teaches on being an entrepreneur are on the team.

"If what we do isn't reflected in the grade we get, fine," said Dranchuk. "Maybe it affects one family. That's worth it for me. It's the warm feeling I get in my heart."

Raised in Speers, southeast of North Battleford, he volunteered to be a guide with a group called Quetzaltrekkers. It gives mountain tours in Central America, including seeing an active volcano. Trips range from being one day long to a week, with money supporting a children's school and dormitory in the region.

"I experienced Guatemala," said Baranieski. "I hope to learn more about people in my own country. People here need help as well. This isn't sympathy, it's empathy. Access to good food should be a right, not a privilege."

Good Food Junction is a co-op. For $5, a person can buy a lifetime membership and have a say in how the store is run. The store is big on local flavour, from the produce in the aisles to the staff at the counter.

Dranchuk puts in more than 15 hours a week, going to group meetings and planning promotions for the store. She and the group are going to help sell store memberships. That's on top of the time she spends on school and playing for the Huskies soccer team.

"I've never been one to talk with people I don't know, but I'm going outside the box with this," she said. "When people ask about Good Food Junction, I tell them about it. Boy, I'm glad I got into this. We're not doing anything huge, but hopefully we're making a little difference."

Baranieski said volunteering with the Good Food Junction project reminds him of a North Saskatoon Business Association event he went to. The guest speaker talked about his father's funeral, saying a lot of people at the service were wearing sport jerseys. Turns out supplying a club with jerseys is something his dad did, so wearing them at the funeral was the team's way of saying thanks.

"I'm raised in a family focused on giving, who say giving without praise is the best form of giving," said Baranieski. "I don't care if anyone ever knows what I've done (with Good Food Junction). If a mother is able to access food — that's what matters."

There is a construction crane on the store site. Steel beams are going up. Winterhalt, the business manager for Good Food Junction, has a dream.

"What I envision," said Winterhalt, "is people coming into a well-stocked, clean store with trained staff. It offers fair prices, fresh produce, fresh meat. I want people to say ‘Wow. This is nice. This is going to work. This is our neighbourhood.' "