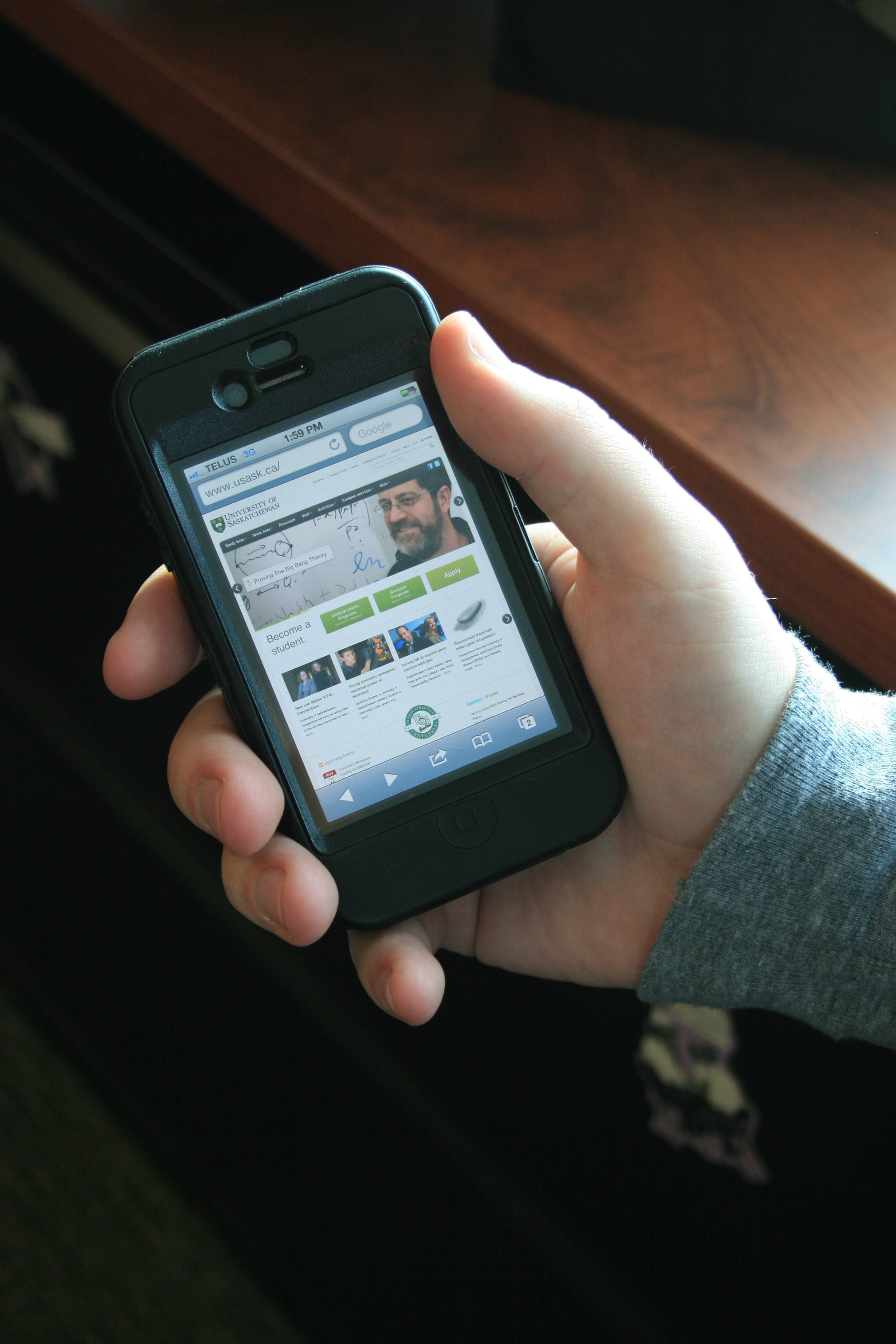 "For students, the capabilities they could have for their mobile devices could be transformative at universities," said Kevin Schneider, acting chief information officer and associate vice-president of information and communication technology, "and for the U of S, it's the one technology where we want to be leading the innovation."

Schneider, who is on leave from his position as vice-dean of science in the College of Arts and Science, said the university's advances in development of the PAWS portal have laid the groundwork for providing students, and eventually faculty and staff, with the services they want and need on mobile devices. These include everything from laptops at one end of the scale to iPhones and tablet computers at the other, "devices that take advantage of location and time."

The difference between PAWS and mobile technology is that the web portal is dependent on content providers "but with mobile, the focus is more on users." Information Technology Services (ITS) is set to begin focus group testing the revised app, looking to students to provide direction on what is of value to them. Schneider said the app is expected to be released next term.

Describing the new iUSASK, he said it is an integrated, user-centred design that allows students to get to information more easily. For example, instead of a button for classes, a button for exams and a button for messages, all of these functions will be incorporated in one easy-to-scroll view. Students will also be able to customize the app like they can PAWS channels. "It will also have an architecture that allows us to rapidly deploy new content over the next year."

There are a number of interesting trends that support the effort to focus on mobile technology, said Schneider. He cited studies that show university students are the fastest adopters of smart phone technology, and surveys of people in comparable positions to his who indicate mobile technology ranks near the top of their issues priority list.

A key to the university's success with mobile technology will be listening to users. "We're still trying to understand what's going to be useful, what's going to be valuable … but we're doing this in a way that will help us know what students want." What is known is that it must be something different, "interesting opportunities you don't get from the desktop experience like communications – Facebook, Twitter – and location-aware services that will help you find a room or a building.

"And we haven't even scratched the surface of pedagogical approaches like course evaluations using mobile devices or exams on iPads."

The new iUSASK will also easily integrate mobile technology initiatives being developed in colleges and units across campus, bring all services together for students, faculty and staff.

As ITS prepares to launch iUSASK, it is also building a new website that Schneider calls All Things Mobile at the U of S. The site will list and  describe the university's mobile-friendly website, mobile supports for programs like Safewalk as well as other mobile services. That site should be ready this month. ν