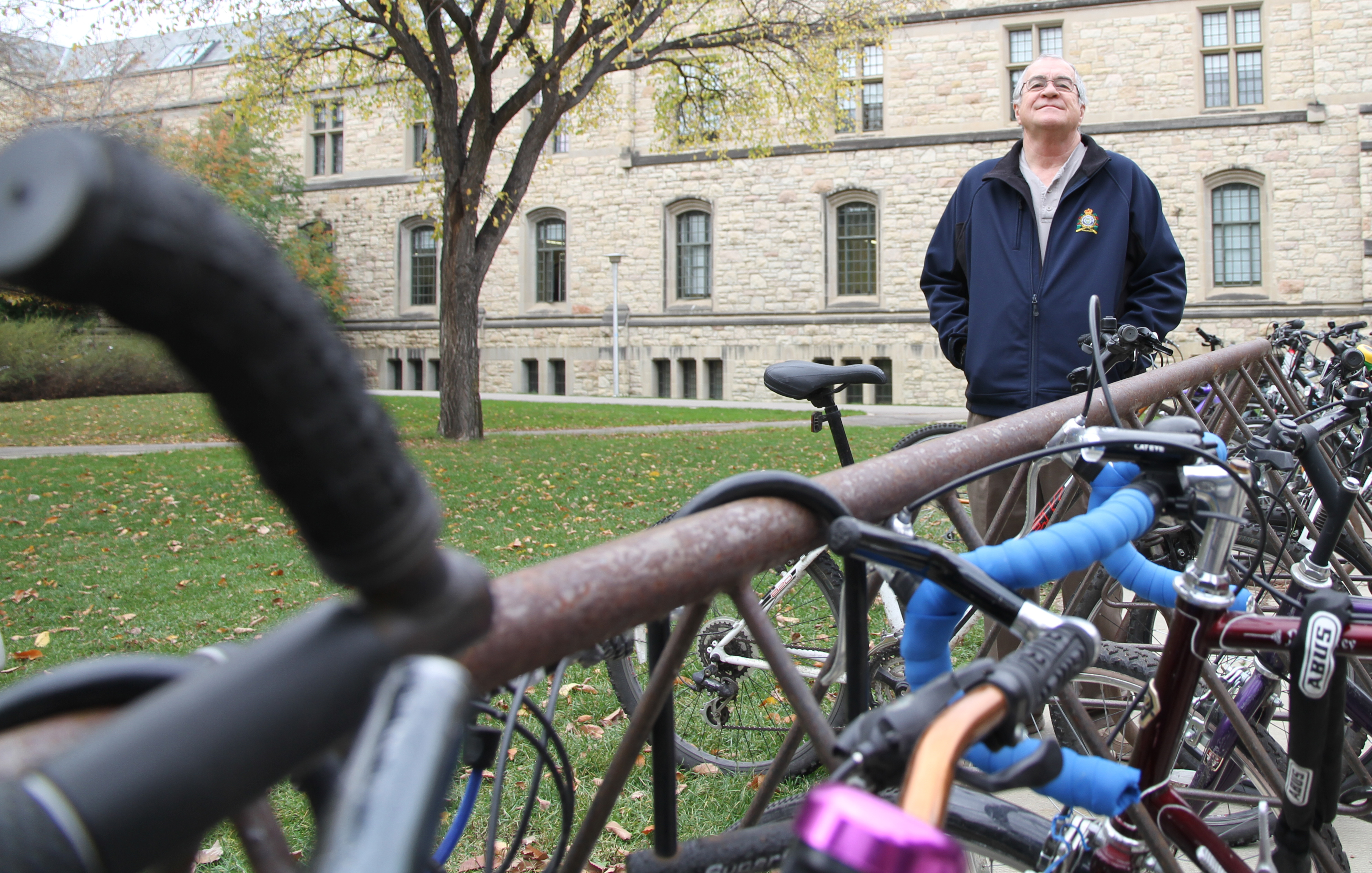 "We are kind of unique because we have a blend of pedestrians and bikes on our sidewalks," said Bob Ferguson, director of Campus Safety.Â "Wherever two roadways intersect, pedestrians have the right away," he said, explaining the rules of the road. "Bikes think they can fly through the crosswalks, but they actually have to dismount and walk through in order to have right of way."

Another common issue with shared sidewalks are startled pedestrians. "The most common complaint is that cyclists often startle or scare people on campus when they pass. Our bylaws say they must pass on the right and ring their bell when approaching. We share the pathways, but pedestrians have the right of way."

Part of the problem, he continued, is a result of speed. "There is no speed limit for cyclists on campus, but they are expected to only go as fast as what is reasonable. This issue of speed puts cyclists in a tough situation because they can't ride as fast as road speed but are much faster than foot traffic."

Ferguson said that for Campus Safety, they would rather educate than enforce. "Cyclists have rights on sidewalks and roads too (but) depending on where they are, cyclists need to follow the same rules that motorists and pedestrians follow. There are many cyclists that do everything right and only a few that cause trouble."

There are up to 20,000 pedestrians and 10,000 cars on campus at any given time of the day, Ferguson said, and bikes are a major part of traffic. "The one thing all traffic has in common is that they are either late or really late. We need to be patient in getting to where we are going and pay attention."

The "pay attention" remark is aimed particularly at those who are still using cellphones while driving, which has been illegal for more than a year. "We are going to be cracking down on that with a cellphone blitz on November 17 and 18. If we see you on your phone or worse yet, texting, we will give you a ticket."

And to end the campus-wide debate once and for all, campus officers can indeed pursue offenders off of campus. "People think if they can make it to Wiggins, they are safe but there is no state line, like in the movies. We have primary jurisdiction on campus and secondary jurisdiction in the city so we can pursue offenders beyond campus if the offense happened atÂ the U of S."