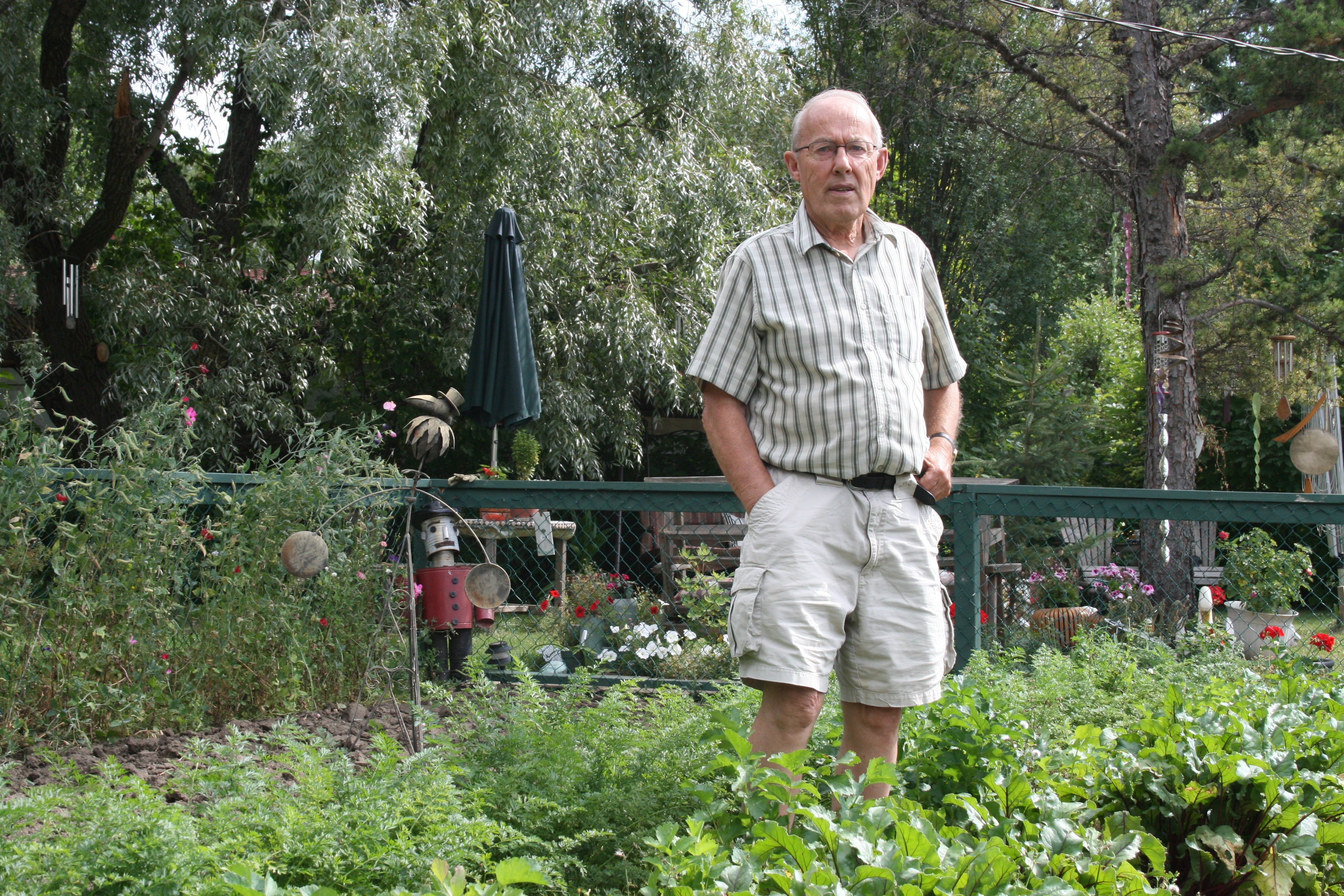 "I tried to have as little as possible to do with the university after I retired," joked Simpson, who left the College of Agriculture and Bioresources in 1999. "When I retired I hopped on my bike and rode across Canada to get away from university life."

The journey took 79 days, Simpson said, but like all the other times he left Saskatchewan, he always made his way back to the prairie province. "I've been to over 50 countries during my time at the U of S, but I am a prairie chicken, I always come home to roost," said the native New Zealander who is still involved at the U of S as a professor emeritus.

"But if you know Latin, you know ‘professor emeritus' means professor without merit," he added with a chuckle. "You need to have a sense of humour to survive at a university."

If you couldn't tell by now, Simpson and his sense of humour thrived at the university.

"I had a great career at the U of S. I always felt very lucky to be able to spend my life studying plants."

During that lifetime of study, the 80-year-old Simpson grew an impressive collection of rare books on plants and agriculture, some dating as far back as the 1800s, which he recently donated to the University Library's Special Collections. "I always had a great relationship with the library and would always encourage my students to make use of it. I donated the books so they are used and students realize that there is a lot of relevant information that goes back further than the last 20 years."

While getting his collection ready to donate, he came across some documents that he thought might be of interest to the Crop Development Centre (CDC), which is celebrating its 40th anniversary this year.

"I gave them the original application we submitted to the National Research Council in the late-1960s," explained Simpson, who as the first CDC director was instrumental in getting the seed money for the centre. "We got $600,000 over three years from the NRC to set up the CDC. That was a lot of money back then, maybe one of the largest research grants the university had at the time."

The CDC eventually got permanent funding under Simpson's watch. And 40 years and more than 380 crop varieties later, the centre now employs around 120 people and has an annual budget exceeding $11-million per year.

"I had lots of objectives while I was in the ‘ivory tower', but now my main objective is to stay alive. And my garden—can you imagine what people would say if my own garden didn't look good?," he asked, of course, while laughing.