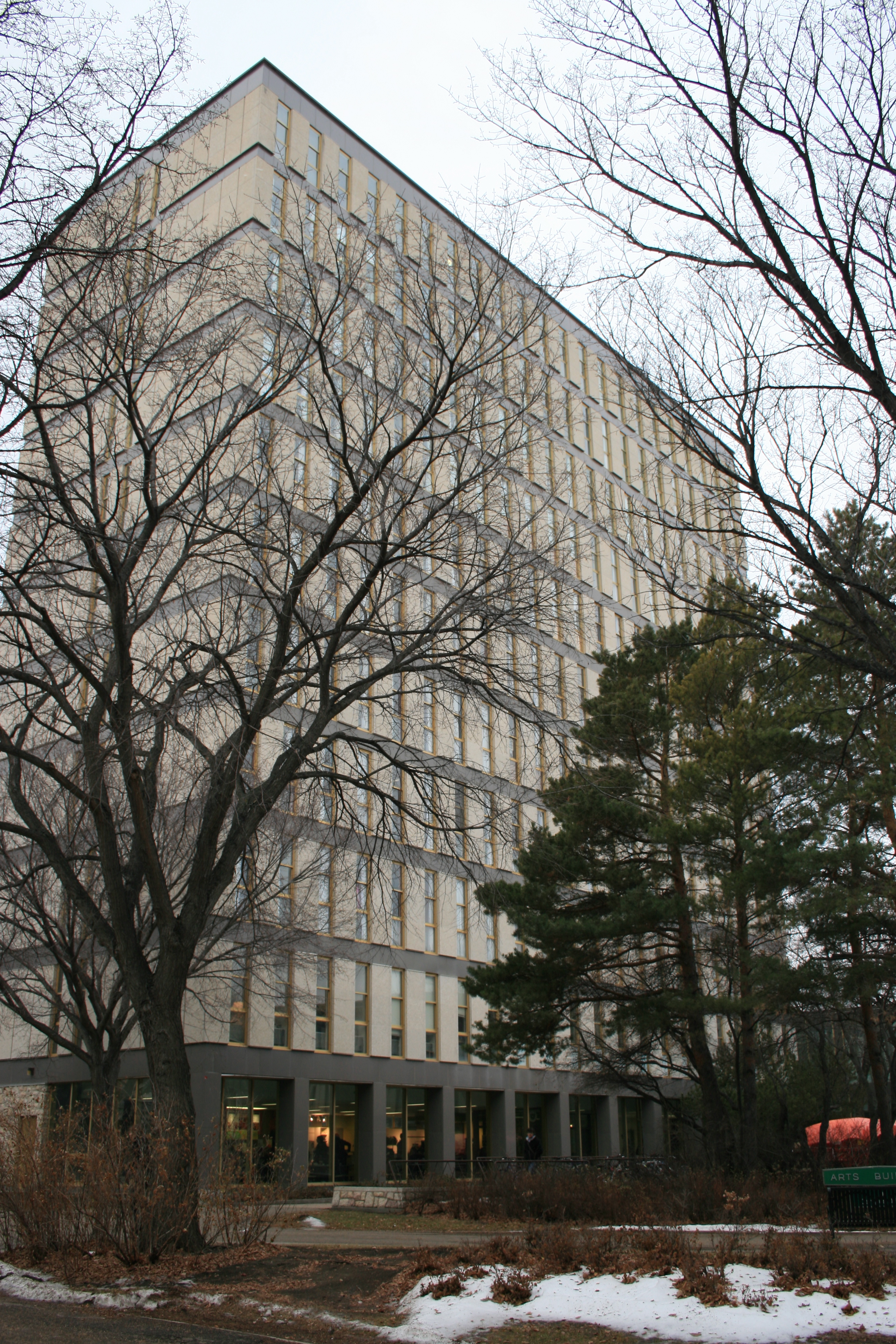 Called RenewUS, the idea calls for a restated vision for the academic direction of core programs to generate support for major capital projects, explained Richard Florizone, vice-president of finance and resources. Coming off a decade of unprecedented capital growth, the university cannot lose sight of the need to balance new construction with almost $600 million in maintenance issues with existing key facilities.

"When we think about the university and its strategic directions, at the heart of what we're doing is teaching, research and community engagement," said Florizone, explaining the genesis of RenewUS. "I think we have good alignment in achieving that mission and we're doing it in a way that makes the institution both internationally competitive and locally engaged."

He cited many examples—the Health Sciences project, InterVac, new student housing, Place Riel renewal, "and the list goes on." Not only are these examples of progress in terms of facilities that support the institution's mission but they have also opened the door to a lot of partnerships including with governments, students, donors and the private sector.

"Now here comes the however; we have been less successful with the majority of our roughly 170 campus buildings which continue to decline due to normal wear and tear, chronic underfunding for maintenance and escalating construction costs."

The university has done what it could within its limited budget, he said, and it has made its case to the provincial government. "It seems like an intractable problem, so where my mind went was to how others have tackled this."

The search for best practice in dealing with deferred maintenance was disappointing, he said. "Some solutions are motherhood and apple pie—make it a priority for the institution with leadership from the top." But when he looked at the experience of Yale University, Florizone realized it was possible to turn the problem on its head.

"The lesson from Yale is that instead of arguing for general maintenance funding, let's look at our most critical buildings, and do comprehensive renovations. Let's begin with the end in mind and use the facilities discussion to stimulate a debate about academic priorities. That's a much more exciting discussion."

Thus was born RenewUS, and it is an approach that in fact has already proven to be successful with one project—Health Sciences, he explained. In that case, "we didn't have the right physical assets to achieve our mission of interdisciplinary education." Working with the provincial government, the university set about building new facilities but just as important, the project has addressed a significant amount of deferred maintenance on existing buildings and infrastructure, all in aid of achieving the academic objective. "It's about putting the horse before the cart."

Through RenewUS, the university will prioritize its most critical deferred maintenance liabilities and blend them with academic program renewal to create revitalized buildings and programs within the campus core. But it is going to take money, about $260 million over five years, he said. It will also require leveraging a number of funding sources and having a lot of conversations, "with government, with the broader university community, with potential donors and with the academic community about priorities."

An initial condition assessment shows the buildings with the greatest need are Arts, Physics and Biology, facilities that house core programs in the core of campus. If the university decides to focus on major overhauls of buildings like the Arts Tower rather than fixing and patching, Florizone said more detailed condition studies will be undertaken. "Then the question is about scope—how ambitious can we be?"

The RenewUS concept has been presented to the President's Executive Committee "which has said it's a priority." Presentations have also been made to the Provost's Committee on Integrated Planning and the Planning and Priorities Committee of Council, and discussions about the new approach to deferred maintenance have been going on for some time with the provincial government.

As a starting point, the operations forecast for 2012-13 asks the government for an increase of $10 million in annual capital funding for phase one of RenewUS. Of that money, $9 million, combined with $5 million from the university, will go toward the most critical infrastructure needs. The remaining $1 million from the government will be earmarked for detailed building assessments and RenewUS planning and priority setting.

In addition to its $5-million contribution in 2012-13, the university will commit additional funding from its operating budget to chisel away at deferred maintenance, "so we've put a stake in the ground. We'll just have to see how everything comes together.

"When it comes to a university, standing still is not an option. We need to continue to respond to innovation and academic initiative but we have to steer the ship a little bit back toward the core."