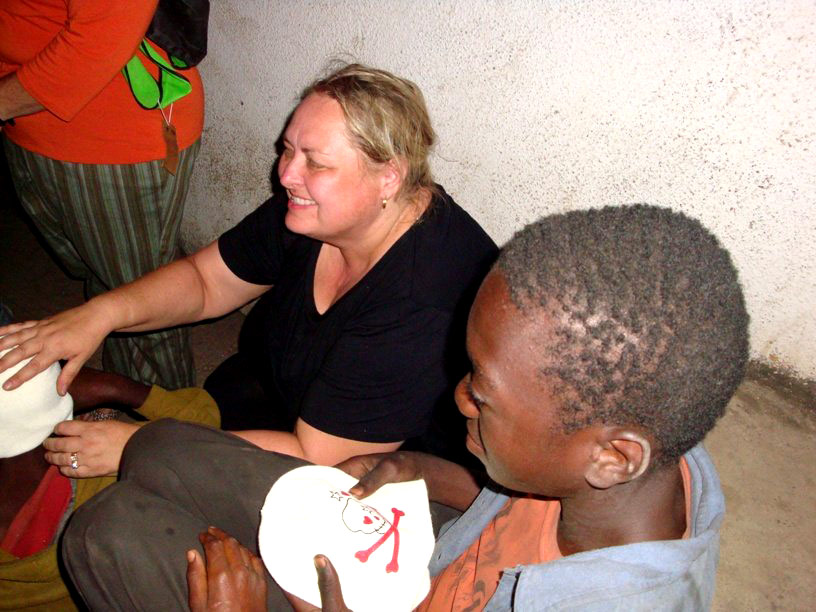 The owner of Sunbright Hotels recently offered Petrucka and her team the use of one of his facilities in Arusha, a city in northern Tanzania.  .  The facility will offer both training and a place to stay to youth who would otherwise be living on the street.

"[The youth] just want to be able to go and get something that gets them a job," Petrucka says.  This program aims to give them the capacity and skills that will help them do just that.

Petrucka's international work has focused on vulnerable groups.  In addition to her local work with Standing Buffalo First Nation here in Saskatchewan, she has worked in the Caribbean and in East Africa, particularly Kenya and Tanzania, where she has helped street youth, HIV-positive pregnant women, and other vulnerable members of the community.

Petrucka has found that very little research exists on the health of street youth.

"I could not believe we have so little known about them," she says.

Having worked with street youth in East Africa for more than seven years, Petrucka has identified an unmet need that she plans to address with the hotel training program.

The youth currently earn small amounts of money from unsustainable and sometimes dangerous sources, such as running errands and sex work.  The training program aims to provide sustainable and empowering outcomes.

"This project will provide youth with the opportunity to learn front-line hospitality skills, guest relations, and food preparation, while gaining self confidence and much-needed experience," Petrucka says.

They will also upgrade their education, language and literacy, and computer skills.  The trainees will learn important life and employment skills, such as health and hygiene, and customer service.

The  year-long initiative will comprise three rotations of eight youth — four male and four female — each on a four-month rotation.  Those who show particular promise may stay for an additional four months to serve as ongoing trainers.

"At the end of four months, some of these kids will be able to go and work at some of the bigger hotels," Petrucka explains.  Others will go on to work in other parts of the tourism sector, which is Tanzania's largest industry, particularly around Arusha, which is a short distance from both Mount Kilimanjaro and the Serengeti.

As a nurse, Petrucka may not know a great deal about running a hotel, but she does understand the health impacts of one's social situation.

"You can't be healthy if you don't have support, decent housing, clean water, and all those other basic needs," she says.  "We just need to provide them with those elements and then help them move forward."

Petrucka is one of two U of S researchers being considered for funding by the Canadian Rising Stars Program of Grand Challenges Canada.  Public support for applications is taken into consideration by the peer reviewing committee when awarding this funding.  Voting is open until November 11 at http://www.grandchallenges.ca.