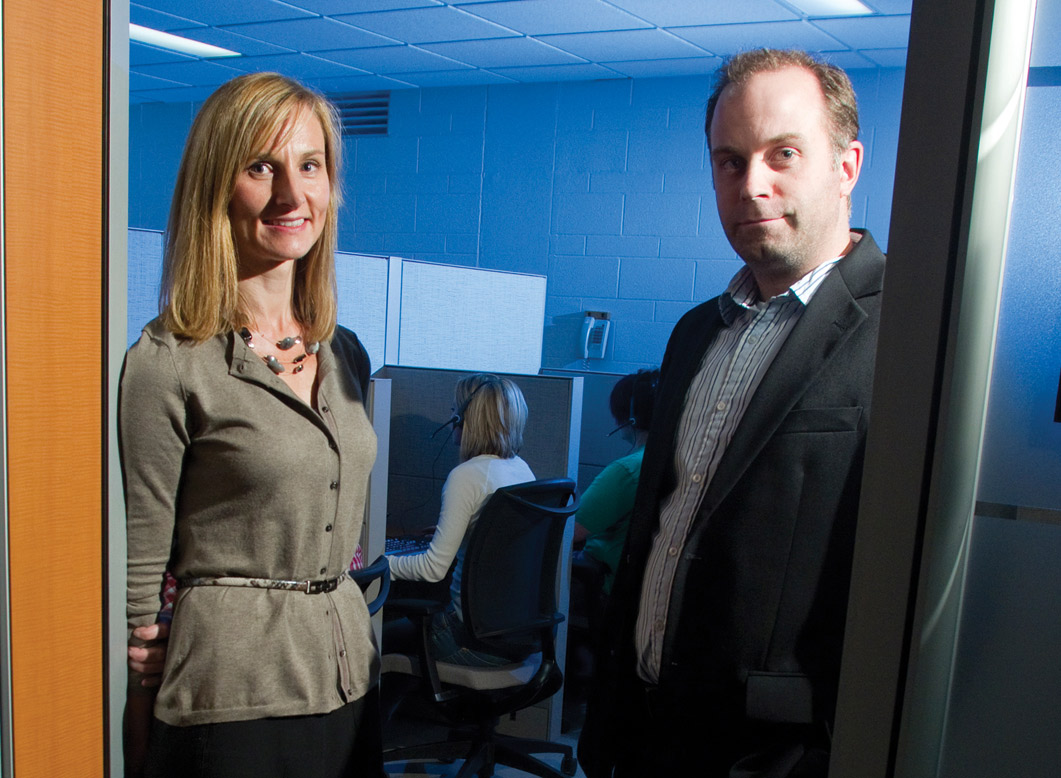 The lab, which consists of 20 computerized survey stations and a 16-seat focus group room, was established on the strength of a $169,839 grant from the Canada Foundation for Innovation (CFI) and a matching contribution from the Government of Saskatchewan. Support has also been provided by the College of Arts & Science and Edwards School of Business.

Loleen Berdahl, Project Leader for the SRRL and Associate Professor of Political Studies, said that although some other universities in North America have telephone and web survey labs, the SRRL is unique in terms of its co-location with four other social science research laboratories on campusâ€”all within the Social Science Research Laboratory (SSRL) complex.

These synergies between the various laboratories, it is hoped, will create unprecedented opportunity for collaborative social science research within the U of S academic community, as well as with community groups and other researchers around the world.

For example, Berdahl said talks have already taken place to potentially use the post-election survey and work with the SSRL's Spatial Analysis lab to examine riding-by-riding results. In addition, other partners on the post-election survey include the Johnson-Shoyama Graduate School of Public Policy (JSGSPP), St. Thomas More College and a researcher from the University of Ottawa.

"There is a little bit of that saying, â€˜If you build it, they will come.' We can tend to be a little isolated in our disciplinary silos, but there are really a lot of commonalities amongst social science researchers that we are trying to explore and expand upon."

As for the advantages to having a survey lab on campus, Jason Disano, the College's Survey Research Manager and Specialist, noted there several important benefits.

First, he said, is that researchers will be able to have much greater control and involvement in their research during the data collection stage. For example, data collected through the survey lab can be monitored and managed in real-time. Second are the inherent cost savings, as Disano pointed out the survey lab will operate on a cost-recovery basis. And last but certainly not least, Disano noted the lab presents an additional avenue to employ students in hands-on, innovative research projects.

"That to me is one of the great things about the lab. A lot of students are really hungry for research-relevant jobs," added Berdahl. "Students want to put something on their resume that goes beyond waiting tables or boxing inventory. This is an opportunity for them to have actual engagement in a research project, and that's really valuable on a number of levels."

Following the post-election survey, attention in the SRRL will turn to a new survey, Taking the Pulse of Saskatchewan, that Disano anticipates will take place next February. The survey will bring together interdisciplinary teams from across the Division of Social Sciences. Although this survey will use a similar methodology as the post-election survey, Disano said its focus will be considerably more broad.

"The intent is for Taking the Pulse of Saskatchewan to be an annual project and, hopefully, become a part of the regular public discourse in Saskatchewan, giving us an idea of who we are as a province and how we are changing over time," he said.

This article first appeared in the fall edition of the College of Arts & Science Magazine. Download the pdf here.