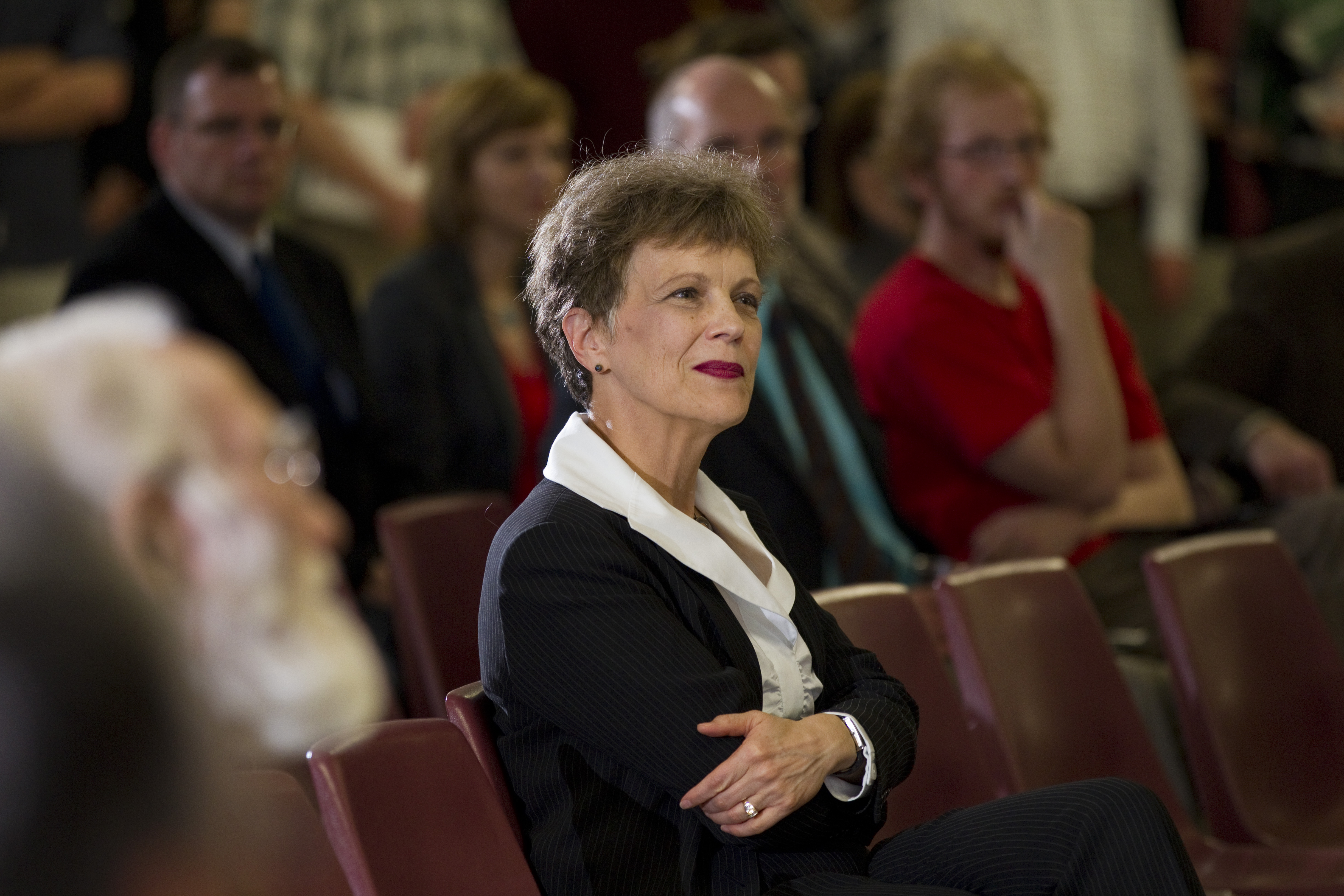 The town hall took the form of small group discussions on three questions. The first asked about the challenges the new president may face over a five- to 10-year period. A number of responses stressed the need for the university to find various balances – between hard and soft sciences, between research and teaching, between internal and external pressures, and between academics and administration. Addressing the needs of the Aboriginal community in Saskatchewan and across the country was cited as another challenge, as was the need for stable funding for the university.

One group suggested adapting to the changing demographic of the student population – they being older and often working part-time – will challenge the university to adjust its programming – what it teaches, when and where. Addressing the issue of sustainability was mentioned, as was the challenge of raising the university profile. "We're a very different place than we were 10 years ago but the problem is that nobody knows it," said the speaker. "We're too much of a secret."

The second question asked for specific qualifications, experience and vision the attendees would like to see in the next president. The responses were varied, including demonstrated research, teaching and administrative excellence, consensus building skills, sincerity, credibility, approachability, integrity, communications skills, a sound understanding of the Saskatchewan context and a vision that extends beyond the term of office. The new president should also have a sense of humour, according to one group.

Responses to the third question indicate virtually unanimous support for the next president coming from the academic world rather than the corporate. "The GM/CEO model isn't what we need," said one speaker. One scenario suggested the ideal candidate would be someone from Saskatchewan with post-secondary experience who moved to another part of the world for business purposes and is prepared to bring that combination of skills back to the University of Saskatchewan.

Hopkins summed up the discussion by saying the community needs to "carry on and find a new visionary leader for our university."

Following the meeting, Hopkins said while she did not hear anything unexpected in the responses, we also did not hear any suggestion the university needs a change agent, a tenement to collective support for the integrated planning process.

In addition to the next two public town halls, the search committee will be meeting collectively with deans, individually with the university vice-presidents, and with all the members of the Board of Governors. "We'll talk about all of this feedback as a committee," she said, "and we'll put all the input together in the position profile." She expects that profile will be ready to hand over to a search consultant by June 24.

Although the process itself is transparent, that transparency does not extend to the candidates who apply for the job, she said, as confidentiality is essential to a successful search. She added that summer appears to be the best time to conduct a search for a senior university position, and the university's "purchasing power" has improved immensely since the last search when the Canadian dollar was trading at 65 cents U.S.

The committee chair is optimistic the U of S will attract an excellent candidate for its ninth president, someone who will take advantage of "all that the University of Saskatchewan has to offer. My goal is to present unanimous and enthusiastic recommendation to the Board of Governors no later than the March 2012 meeting."

More information about the presidential search, including further opportunities to provide feedback, can be found at www.usask.ca/presidentialsearch