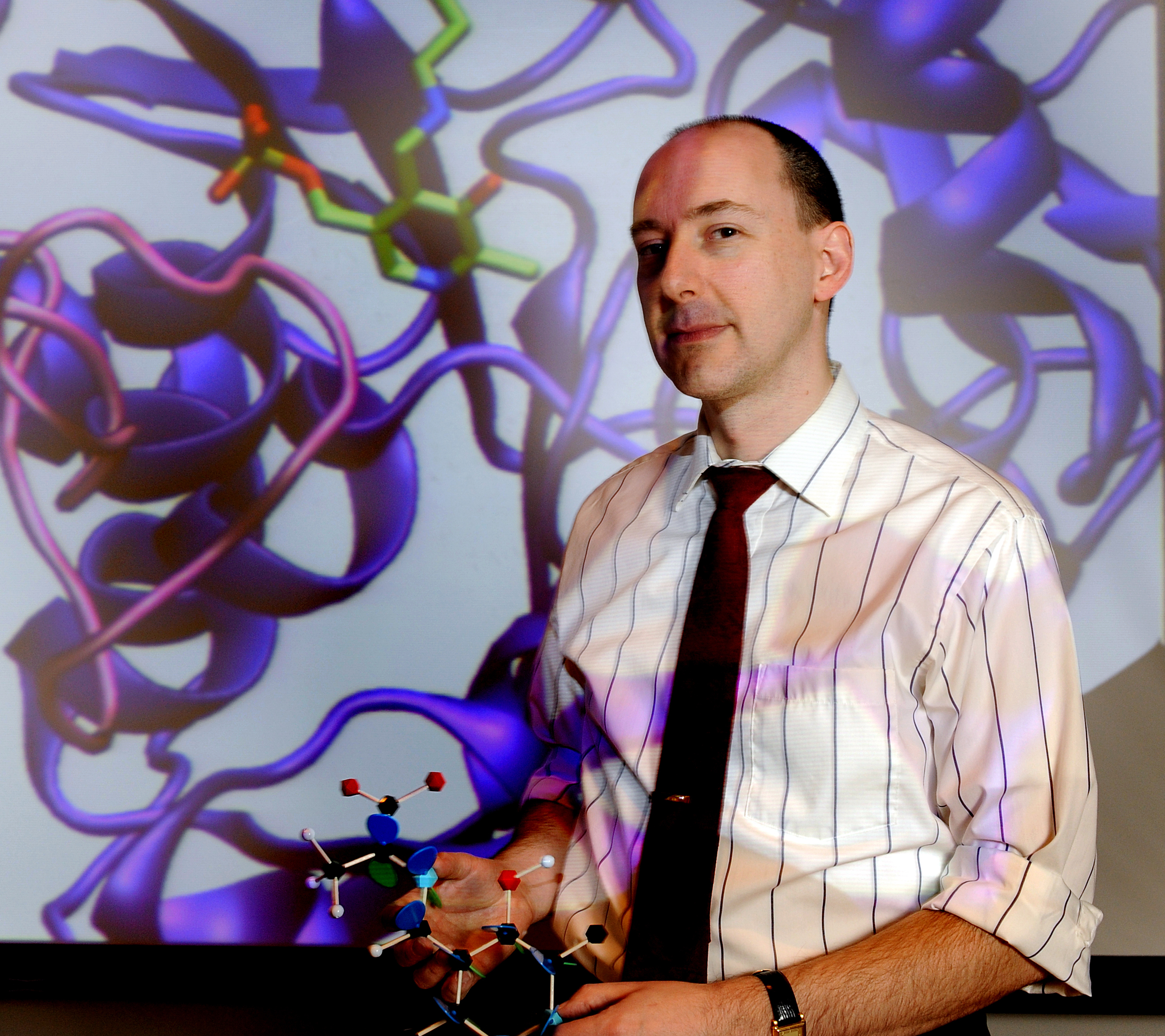 Using a wide range of expertise from across campus, the Canadian Light Source (CLS) synchrotron and the facilities at the Saskatchewan Structural Science Centre, the Molecular Design Research Group has set out to combat drug-resistant Staphylococcus aureus, one of the most feared infections in hospitals. And with millions of dollars in funding from the Saskatchewan Health Research Foundation, the Canadian Breast Cancer Foundation, NSERC, CFI and CIHR, the group has all kinds of sneaky bacteria in their crosshairs.

"Beyond staph being a timely research area because of its re-emergence, it was also an area that members of the group had in common," said David Palmer, head of the Department of Chemistry and leader of the research group. "In simplest terms we are attacking the bacteria's defenses and finding weaknesses in order to destroy it."

Using synchrotron beamlines to determine protein structures from drug resistant strains of S. aureus, the group—established in 2003 with members Harold Bull, Hughes Goldie and Peter Howard (microbiology and immunology), Yu Luo and Oleg Dmitiriev (biochemistry), Takuji Tanaka (food and bioproduct sciences), Pawel Grochulski from the CLS, and David Sanders and Palmer (chemistry)—set out to search for answers that will help them discover molecules and design drugs that will target these infections.

"We are focusing on the structures of protein that build cell walls, proteins that make antibiotics and proteins called multidrug transporters that help bacteria expel drugs, making them drug resistant. Focusing on the protein characterization sets us apart," said Palmer. "If we can understand how the proteins work, we can figure out which molecules can disrupt the process. Then we can develop inhibitors or design drugs that can defeat certain strains."

Often these molecules already exist in nature, Palmer explained. A lot of antibiotics are derived from what micro-organisms are already making—like penicillin. "This kind of information can be used to engineer bacteria to make specific antibiotics," he continued.

Looking at the bigger picture, this research has the chance to become foundational in scope, explained group member David Sanders. "The strength of discovery-based research is that we are developing the problem solving skills that can be applied to other areas," said Sanders, associate professor in the Department of Chemistry. "All aspects of health involve interactions of proteins with other molecules. If we can contribute to understanding these interactions, we can help target other virulent multidrug resistant bacteria."

The molecular design group has had some success understanding proteins of S. aureus, and finding a compound to fight the bacteria, said Sanders. While the effect is weaker than they would like, they are encouraged. "When you collaborate with so many researchers, departments and colleges, the answers and principles we discover can be applied to different questions and problems. This has led to more funding for members of the group."