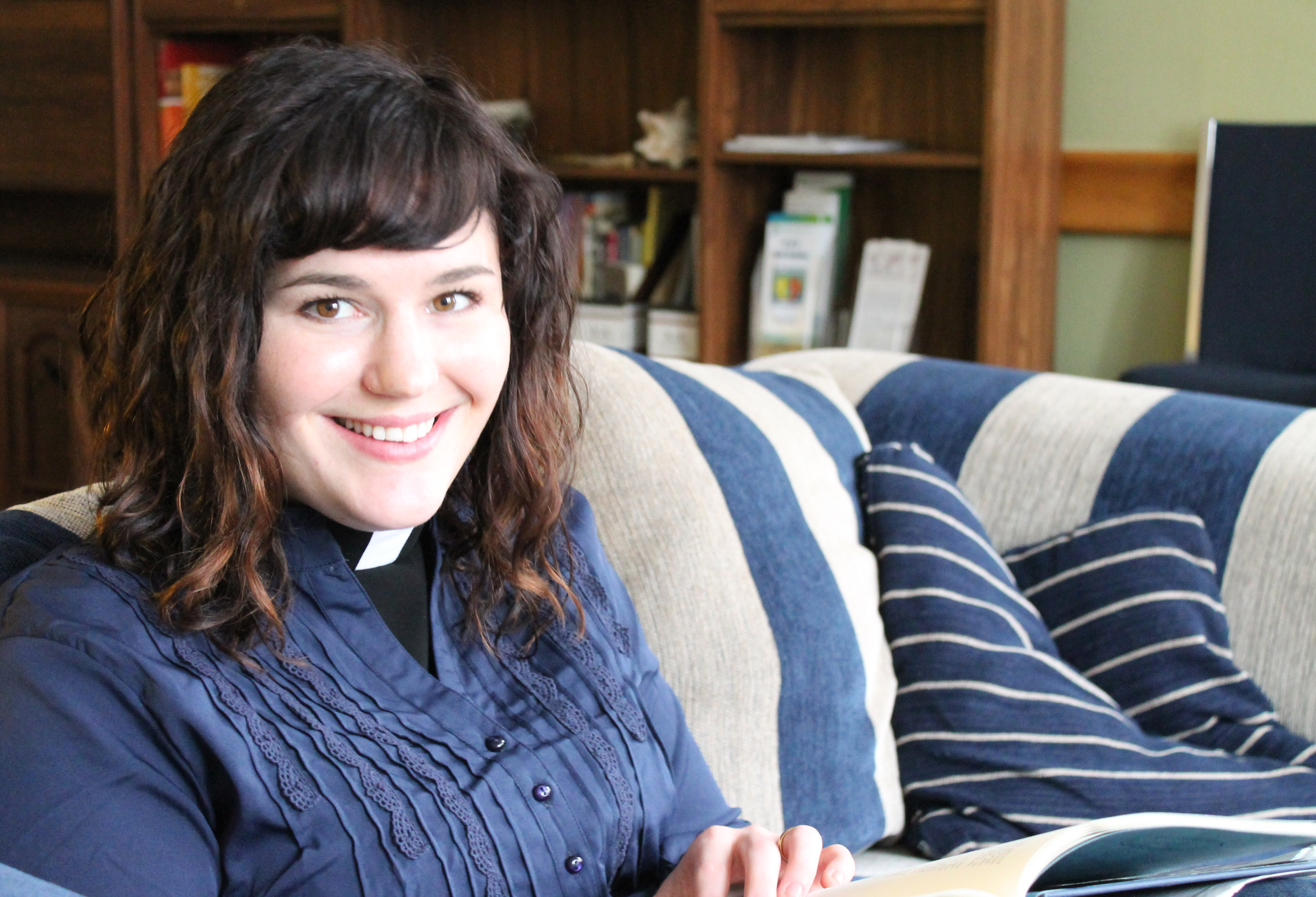 "We have a code of ethics that we abide by, and part of that is that we don't proselytize," said Reverend Emily Carr, the U of S ecumenical chaplain. "We're not here to convert students. So if a student shows up and they're a Roman Catholic, of course they're welcome to be a part of our group, but I would be helping them to find a place in the Roman Catholic community."

As the ecumenical chaplain, Carr represents the Anglican, Presbyterian and United churches. Other university chaplains include Pentecostal, Lutheran, Catholic and Muslim clergy, a rabbi and First Nations elders. All have offices on campus or nearby, and all work together and support each other through the Multi-Faith Chaplains Association.

But Carr is not what you might imagine a reverend to be. She's also a musician and yoga instructor, and identifies as an LGBT ally and feminist.

She was ordained as an Anglican minister in September, and while the Anglican Church has been ordaining women since the 1970s, Carr points out that it is still a male-dominated profession, which is why she believes feminism is important to the church.

"We understand there is a diversity in the world according to the scriptures, and that this is good, and that we're supposed to live in communities of love, and support one another, particularly those who are being marginalized, and in some cases that's women."

Carr has been working hard to create excitement around her role, and to bring attention to the Multi-faith Chaplains Association since she started in August.

She created a Facebook page, handed out flyers at Welcome Week, started a regular weekly service on Wednesdays at 4:30 p.m., started a Friday afternoon music jam, moved the office hours to later in the day, and is working with the University of Saskatchewan Students' Union to create a support program for student parents.

The ecumenical chaplain's office in the Memorial Union Building is busier than ever, she said. But a university ministry has a particular challenge that not all ministries face: studies have shown that higher education leads to less religious affiliation.

"There's a sense among certain members of the university community that having faith is misinformed or unintelligent," said Carr. "There's a sense that in order to be a Christian you have to believe in things a certain way. But that's not true. On campus, we have history professors, scientists, people in sociology, English, the arts, professors, teachers and students who have faith in God."

Carr hopes her office will become a safe space for anyone in the university community to discuss religion, ask questions and find support. Her door is open three days a week, Wednesday to Friday from 1 to 6 p.m. for anyone who wants to talk, whether in a group discussion or confidentially in private.