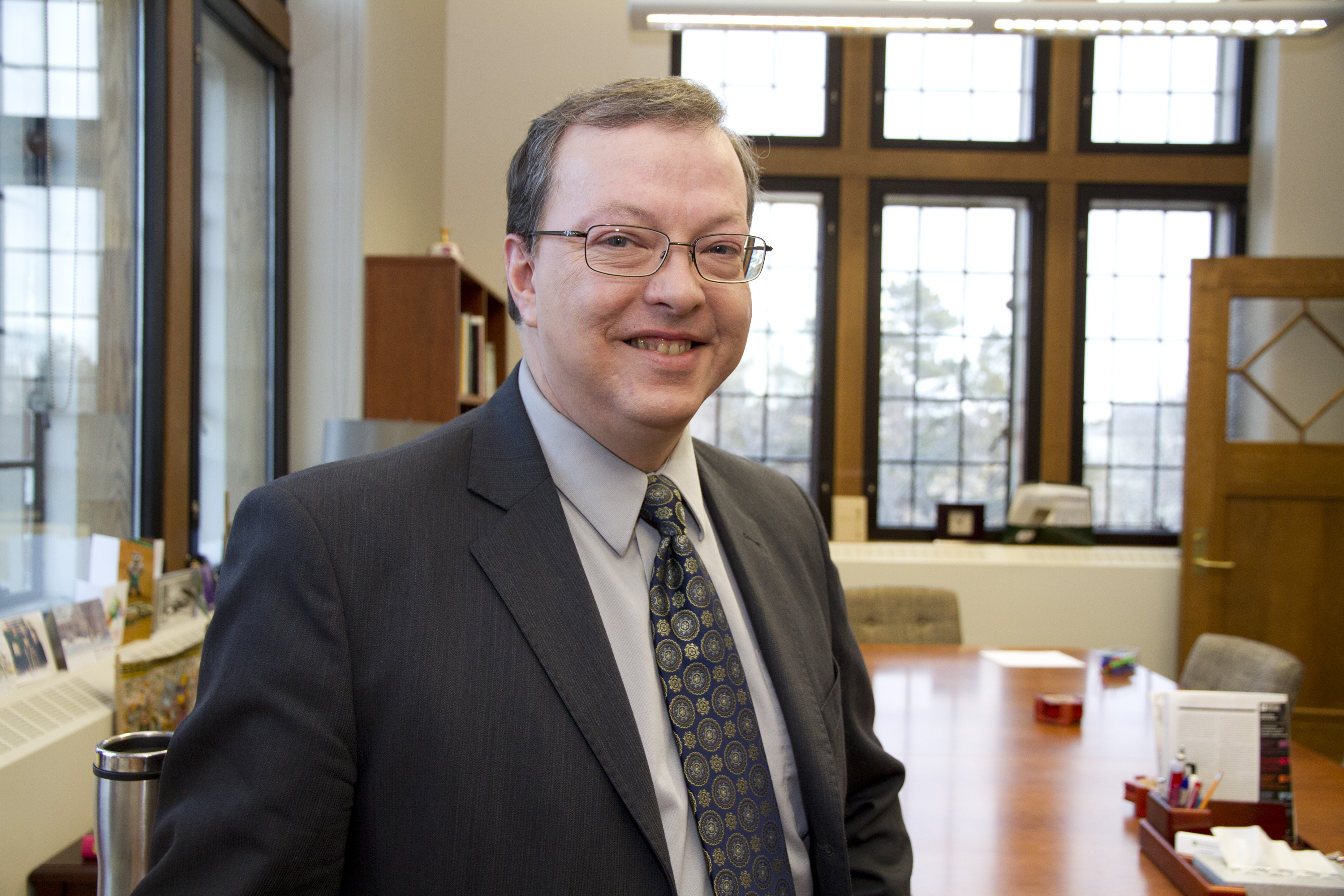 With its four areas of focus – research, Aboriginal engagement, culture and community, and academic innovation – along with strategies to help the university and its various units achieve specific objectives, the plan represents what Brett Fairbairn termed "a breakthrough moment in the history of the University of Saskatchewan.

"At the university level, this document is hugely important," he said about the draft plan released Jan. 9. "We do a lot of things as individuals, but the plan is about what we are going to work on together. This is really mapping out the things we will accomplish in the next four years." The university's first two integrated plans laid the groundwork and built momentum. Now is the time, he said, to "re-invest in that momentum. In another four years, the University of Saskatchewan will be an institution that will be turning people's heads nationally to a greater degree than we already do."

Preparation of the third plan has been ongoing for more than a year, and the areas of focus, which emerged from broad early consultation, remain little changed since they were first announced. Fairbairn expects that to continue, describing them as "tested and confirmed." He added that, based on the number and breadth of initiatives detailed in college and unit plans, the first two – research and Aboriginal engagement – are viewed as having additional weight within the U of S.

Acknowledging that emphasis, the provost added that diversity in the next planning cycle will take on "greater importance than in the past. We're entering a period when we can't just let diversity happen but need to shape our community intentionally and leverage the advantages of the many different cultures and groups that we have." Likewise with academic innovation: "We know that we teach well but we need to also reinvigorate our programs and offer compelling choices to students that really excite them. One of our jobs in the third cycle is to really concentrate our efforts in such a way that we make the most impact."

Critical over the next two months of discussion and feedback on the draft plan will be whether the community believes the right strategies are identified in the plan to support success in each focal area.

Fairbairn said the number of strategies in each focal area was deliberately kept to a minimum. There were 71 commitments made in the first integrated plan, 20 in the second and about a dozen in the third plan. "The consensus among everyone involved was that that progression from longer to shorter is desirable."

Through the public consultation process, which begins Jan. 24 with a town hall meeting in Convocation Hall from noon-1 pm, the provost will be looking for feedback on the identification, focus and even the wording of the strategies outlined in the document.

Citing the strategies to strengthen research as an example, Fairbairn said rankings show the U of S "consistently near the bottom of our medical-doctoral group so we know we have more work to do on research than we do on other things. The question then becomes, are the strategies we've outlined in a university-level document the right ones to move us ahead?" Those strategies centre on faculty recruitment, faculty and grad student support, and research focus in specific areas. "I'd be really interested," he added, "if anyone can think of a fourth strategy but to me, that's actually pretty comprehensive (so) then we ask, have we expressed them in the right way and is there some balance among them, is there one of those that should rise above the others?"

Fairbairn is also asking the community to consider the measures of success that accompany each of the strategies, the ‘we know we will have made progress when' statements in the draft plan. "We're trying to be specific and part of the discussion in the next three months will be whether we got those right. There is considerable room to talk about which indicators we choose (but) we must have measures that focus the campus attention on the things that are important to us."

Accompanying the final plan will be multi-year budget and capital frameworks, high-level summaries that Fairbairn described as "projections … of what we believe we'll have to work with over the next planning cycle." He expects the documents will describe a period of constraint but of possibility and opportunity too.

"If you look at the state of public finances in Canada, you wouldn't be buoyant and bubbly optimistic," he said. "It's probably not a four-year period in which we're likely to be showered with money" so the university will need to make careful choices, "and that's not much different than our last decade or so of history."