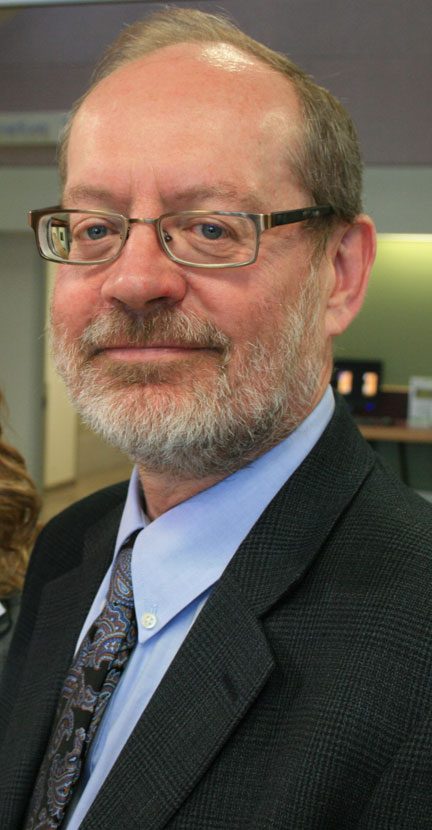 "We do not have a formal University of Saskatchewan policy in terms of campus notifications," said David Hannah, associate vice-president of student affairs who sent information emails about the residence incident to campus Feb. 17 and March 2. Hannah, a member of the university's crisis management team, said a number of factors influenced the decision to send the emails weeks after the event, timing that he admits sparked questions and criticism.

Hannah said the mass notification practice at the U of S is to alert campus if a reported incident poses "a continuing or imminent threat to members of the university community." That risk assessment is made on advice from Campus Safety and often, Saskatoon Police Services, he explained. Mass notification is also an option when there is a pattern of incidents, like a rash of locker break-ins. Information about these kinds of events can help people make decisions about protecting their property, Hannah said.

In the January circumstance, Hannah said neither Campus Safety nor the police felt there was an imminent threat to anyone on campus. "There were some question marks around some of the information," he said, "but in criminal matters, city police are the primary investigators so we weren't in a position to go out and actively fill in the information gaps." Despite the initial assessment, a family member of the complainant and other concerned individuals expressed a different view in a meeting with Hannah and Campus Safety officials.

"Their primary concern," Hannah explained, "was the safety and well-being of other members of the campus community. They felt strongly that a notification (about the incident) should go out. That conversation caused us to wonder about whether imminent threat should be the criteria used to trigger these kinds of mass notifications."

The question is whether the university has "a role to play in making a judgment of threat; maybe that should be up to each individual person," he said. One solution could be to report every violent incident although Hannah did distinguish between, for example, two people fighting outside a campus bar late on a Saturday night and a mugging by an unknown assailant. Both are violent incidents but both do not necessarily require mass notification.

But reporting all incidents poses two potential problems, he said: people may become "desensitized" and ignore notices of serious threats, and "there is the worry that a notification might put a criminal investigation at risk."

Consultation is underway with various campus stakeholders, including students, in an effort to develop a revised notification protocol. Hannah said it would likely define two levels of notification, "one where there is an imminent risk that needs action to be taken immediately." The examples he used were a tornado warning or "a tiger loose in the Bowl." Alerts of these kinds need to be issued within minutes rather than hours, he said. The other notification would be less time sensitive, could be issued within hours of an incident, and would serve to raise awareness of an occurrence on campus, he said.

Hannah expects the protocol to be ready by fall of this year.

As that work continues, the university is testing USafe, a new web-based Siemens Sygnal mass alert system that uses campus email and opt-in text messaging. Brian Muchmore, crisis and emergency measures co-ordinator in the Risk Management and Insurance Services office, said the service is designed "specifically for emergencies" when messages need to go out within a matter of minutes.

USafe will eventually make use of other forms of communication to convey emergency messages, said Muchmore, including plasma screens in campus buildings. An engineering study by Siemens will be done to evaluate outdoor messaging requirements like loud speakers.