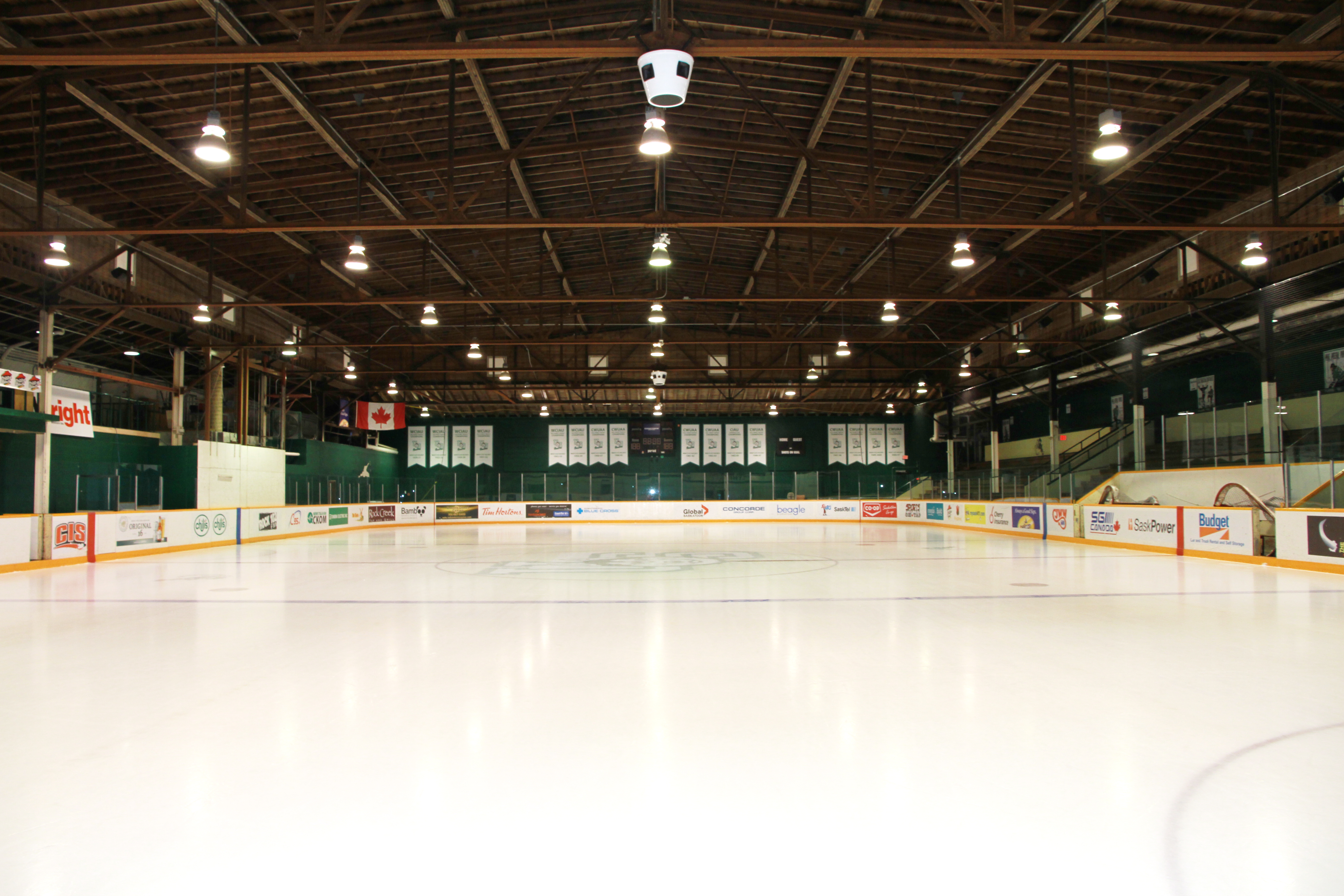 "Will we get a new rink? I sure hope so, some day," said Richard Florizone, vice-president of finance and resources, when asked about the rumours that have sparked a number of media inquiries and stories. "Rutherford is way past its prime. We know that and I've said publicly several times that it needs to be replaced but we don't have a definitive funded plan."

What the university does have is a number of expressions of interest from real estate developers­—some local, some national—willing to explore a partnership with the U of S to build a twin-pad ice rink along with a hotel and retail space as part of the College Quarter south of College Drive. "The economics seem to be that it's hard to make a rink work as purely a private operation by the university," said Florizone. But a partnership that would allow the U of S to leverage real estate development to subsidize a rink operation has potential worth exploring.

As with any university project, "you look for funders," he continued. "With a rink, we're talking a project in the order of $20-30 million for two ice pads, and there's no logical funding source." A request to the federal government's P3 Canada Fund was turned down late last year but the university's request last October for expressions of interest in a rink/hotel/retail project garnered seven responses.

Judy Yungwirth, director of Corporate Administration, said that during February, an advisory committee that includes people with real estate expertise from outside the U of S
will evaluate the responses and generate a shortlist. A formal request for proposals will go out after that, "and June is when we would expect to have a recommendation on a development partner and a business case for the project."

Florizone said a new rink is no different than many other university projects. "We always look at the set of issues and needs the university has and at how we're aligning our efforts to attack them. Some work, and some don't. At this point, we know there's a lot of community support for a new rink but it doesn't have a whole lot of money behind it."

On the larger College Quarter front, the City of Saskatoon's Planning and Operations Committee is recommending  city council approve in principle the concept plan for the development which includes multiple uses to serve the needs of both the university and the surrounding community. These include residences, offices, retail space and a performing arts centre.

In its deliberations, the committee considered input from various municipal departments as well as from members of the public who attended consultation sessions. The concept plan provides a framework for the project, giving the city, utility agencies and developers an overview of the College Quarter. The concept plan also identifies road configurations, access points, servicing concepts for the 59-hectare parcel of land and proposed land uses as well as detailing areas of responsibility in the development for both the city and the U of S.