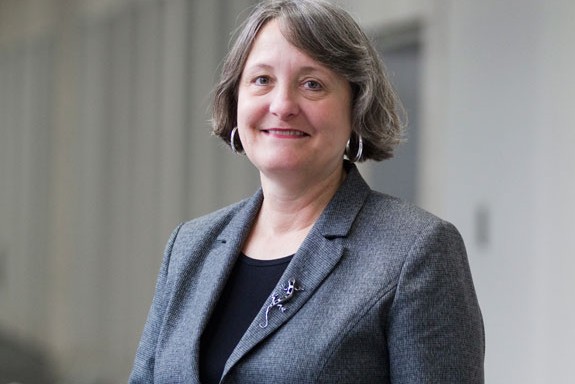 Called the data exchange, the group is made up of two people from each U15 member university, explained Pauline Melis, assistant provost of institutional planning and assessment, who, with Troy Harkot, director of institutional effectiveness, serves as the U of SÂ delegation. Like Melis and Harkot, exchange members are directly involved in institutional research, planning or analysis at their home institutions.

The exchange manages a growing number of projects, each a separate data set that allows member universities to benchmark themselves against each other, said Melis. An example of one project is National Survey of Student Engagement (NSSE) results. By participating in exchange projects, the U15 universities "are able to look very respectfully at each other's results. That allows us to compare apples to apples and to talk about issues of common interest."

For the University of Saskatchewan, participation in the data exchange "has increased our understanding that the U15 is our comparator group," she said. Data exchange projects do not cover all aspects of university operations, Melis added, and are moving toward "a more pointed focus on research." But it is information valuable in planning for improvement, and "a rising tide lifts all boats."

The U of S was invited to join the U15 in 2011 and although "it's still relatively early days for us, we are now participating in all the data exchange projects. I think one of the big things for us will be the future directions of the data exchange and potentially, drawing more closely together our planning and research functions."

U of S President Ilene Busch-Vishniac will address the data exchange meeting on behalf of her U15 counterparts, and, for the first time, the group will also meet with directors of research services from each U15 institution as part of its annual meeting in Saskatoon.

What is now the U15 began in 1991 as the Group of Ten (G10) made up of Alberta, UBC, Laval, McGill, McMaster, MontrÃ©al, Queen's, Toronto, Waterloo and Western. In 2006, Dalhousie, Calgary and Ottawa were invited to join what then became the G13. The U of S, along with Manitoba, was invited to join in February 2011 to create the U15.

The U15 is directed by university executive heads and has four committees: academic affairs, consisting of provosts of member universities; research, consisting of vice-presidents for research; the data exchange; and a data exchange steering committee. In 2012, the executive heads created a secretariat and hired its first executive director. The U15's purpose is to advance the cause of the country's research universities in areas like national research, academic policies, funding and partnerships.