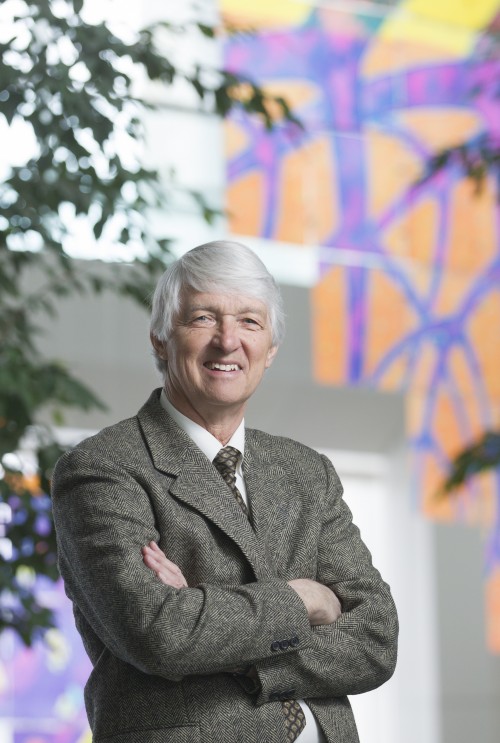 Beachy, an internationally renowned scientist specializing in plant biology and biotechnology, will lead GIFS through its start-up phase and plans to remain involved in a senior oversight capacity. He explained the GIFS, launched last year with funding from the province, PotashCorp and the U of S, will find its niche by taking stock of the strengths that Saskatchewan has already built.

For example, the province is the world's largest exporter of lentils, thanks to work at the U of S Crop Development Centre. Lentils are staple and a crucial source of protein in many of the world's most populous nations, and Beachy wondered if it might be possible to improve lentils and make them more nutritious. At the same time, superior varieties would secure Saskatchewan's market for the crop.

"A major issue for the province is to ensure the economy of Saskatchewan remains strong as an agricultural community, while maintaining its position as a preferred international provider of food and feed," he said. "There's an interesting balance here."

Knowledge, and the science done at the GIFS, will be of global importance, he continued. For example, understanding what makes soil healthy and productive in Saskatchewan and Western Canada could be applied in countries with the same soil types, such as Ukraine or China. Part of the GIFS agenda is to foster a sharing of minds, as students from other countries come to the U of S and Canadian students travel abroad.

"The thing that attracted me to this position was the strength of the academic community," Beachy said. "The U of S has all or most of the pieces to ensure success. None is dominant over the other, and there is willingness to engage in collaboration. (The) GIFS will be, I think, a synergizing institute that will provide opportunity for more individuals and more groups to collaborate on new problems."

Using the lentil example, those who market Saskatchewan products might work with partners in India to identify the ideal nutritional profile, and then nutritionists and plant breeders might work through GIFS to produce a better crop. Agricultural economists could also be part of the mix, assessing the impact on the economy and people's lives.

"If we get this right, those who purchase and consume our lentils may prefer them because of the nutrition, taste and other organoleptic qualities that Saskatchewan products have. If we include such goals in our upstream research, a consumer ‘pull' will ensure that the outcome of our research achieves its intended outcome.

"If we take a similar approach to inform the public and policy makers of our research goals and the types of technologies needed to achieve those goals, it may lead to greater familiarity and acceptance of the technologies and products developed. For example, keeping the public informed about new methods for plant breeding and varietal development, or about advanced tech nologies that ensure food safety through new processing and packaging, may ensure consumer acceptance of the new products."

Beachy also recognizes the role of researchers in other disciplines such as engineering and human and animal nutrition in developing new uses for agricultural products. He recounted an example of a product developed by materials engineers using wheat straw and soy meal that made a credible facsimile of a granite counter top. Adding plant breeders and biochemists with additional ideas to the team might lead to other new products.

It is the institute's goal to not only foster these new innovations, but also help them stay in Canada to build the country's economy. He said universities can do what industry cannot – work far upstream on discovery research. Industry, in turn, can bridge the gap from discovery to market, ensuring society benefits.

First, though, the new institute must be properly set up, staffed and operated.

"GIFS will grow with time," Beachy said. "We have to first establish who and what we are. GIFS is, thus far, a vision and a mission. We need to add many more people with wisdom, knowledge and a variety of skills to make that vision a reality.

"In the next several months, we will identify GIFS research initiatives and the types of scientists needed to complement existing U of S strengths to reach our goals. We expect to announce opportunities to apply for grants through GIFS later this year."