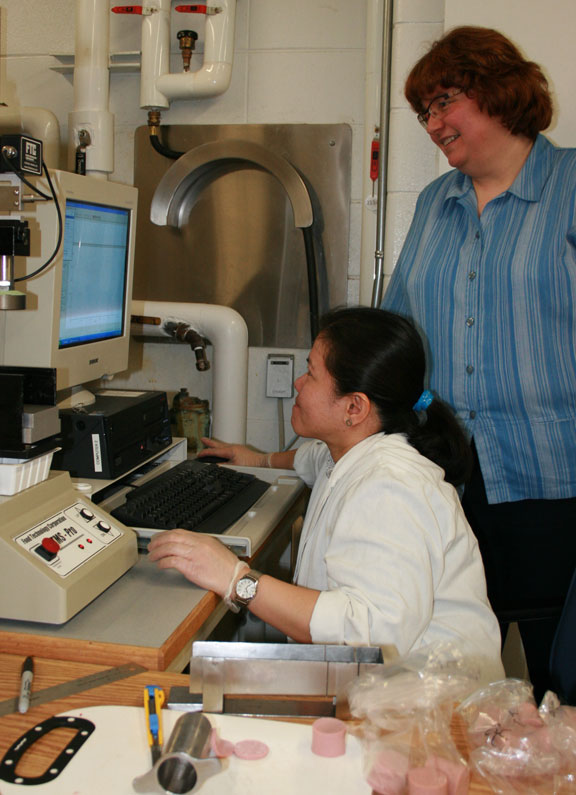 "Canadians are consuming way too much salt in their diet," said Mike Nickerson, the Ministry of Agriculture Strategic Research Chair who leads a team working with industry to reduce salt in bread and baked goods.

World Health Organization statistics show Canadians are among the highest consumers of salt in the world, and according to a 2010 report by Health Canada's Sodium Working Group, bread and baked products are the single largest source of salt in the Canadian diet, at 14 per cent. Processed meats are second, at nine per cent.

Public health consequences such as high blood pressure, heart and kidney disease, and obesity have prompted a Health Canada decree to bring salt intake down by 2016, a deadline that has industry scrambling.

Nickerson explained salt is a huge challenge for organizations like Canada Bread, one of the country's largest bakeries and one of the funders of his project. Bakers are looking to cut salt levels by nearly a third, but reducing it can make the dough a sticky, equipment-fouling mess, he said. Nickerson's task is to shed light on how proteins and starches interact with water, yeast and salt to find out how sodium controls dough structure.

"Dough is a really complex system and trying to understand that to solve these issues is extremely challenging."

Meanwhile, wheat breeder Pierre Hucl at the Crop Development Centre is drawing on more than a century of Canadian wheat development to see what varieties perform well in low-salt bread recipes. What he finds could determine what varieties will be grown in the future to serve Canadian and international markets.

The other part of the salty sandwich â€“ processed meats â€“ is the target of associate professor and meat scientist Phyllis Shand. Together with colleague Professor Darren Korber and others, Shand is working on reducing the salt content in meats.

"The salt in processed meats has very important technological functions that make it very difficult to take sodium out," she said. Salt helps preserve meat, she continued, a role less critical with modern refrigeration but still important because reducing it could encourage the growth of bacteria.

In the meat research lab in the College of Agriculture and Bioresources, Shand and her team prepare products such as bologna using equipment similar to that used in industrial practice. In this case, low-sodium low-fat bologna was run through a battery of tests and evaluated by trained human testers, whose thumbs up or thumbs down are essential.

Salt imparts much of the texture and "mouth feel" to products by interacting with proteins in the meat to provide structure and water holding, Shand explained. This is important because consumers will not buy processed meats with too much liquid in the packaging.

Swapping in alternative ingredients like potassium chloride (another salt), enzymes or even flax meal help stabilize the meat protein, but none provide the total answer as they can adversely affect taste and price. Shand is optimistic a combination of tweaking ingredients and procedures could work. For example, bologna could be made one day, refrigerated, then cooked the next day.

"We have to understand the functions of salt, and that it's not an easy task to replace sodium in a product such as meat," Shand said.