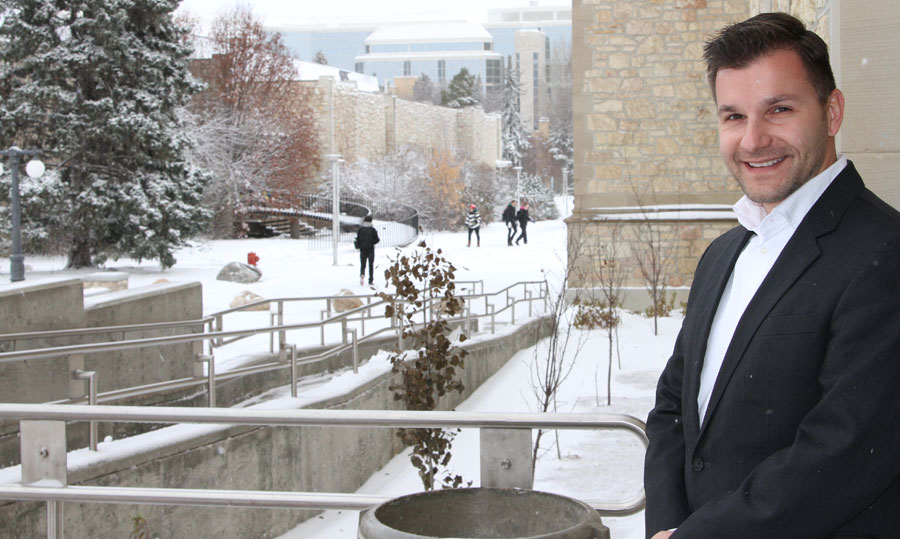 The U of S is the first and only Canadian institution to offer a full year of academic study to its students at Oxford University's St Anne's College, explained Gingi Sheppard, manager of the International Student and Study Abroad Centre (ISSAC) at the U of S. The opportunity includes living in residence at a college that Sheppard said prides itself on being progressive, informal and academically ambitious.

"This will be a life changing opportunity for the students selected," she said. "It is a very rare opportunity that we jumped on as soon as we learned about it—Oxford doesn't look for new partnerships every day.

"The fact that a college at Oxford University was willing to build its portfolio of visiting students to include us as a new partner—and their only Canadian partner—is almost unheard of. It is extremely flattering and exciting."

With only 30 visiting students out of a total student body of 425 undergraduate students at St Anne's, U of S students are sure to have a memorable, challenging and immensely rewarding experience, said Sheppard. In order to apply, students must be full-time and in their second year with no less than an 80 per cent average. The deadline to apply is Nov. 20.

This agreement came about when Dan Seneker, manager of undergraduate recruitment in Student and Enrolment Services Division, participated in a Canadian recruitment tour in England in October 2011.

There, Seneker met Anne Mullen, a senior tutor at St Anne's College, who told him about the college's interest in having a Canadian partner. ISSAC pursued the opportunity and an agreement was signed in May 2013.

"When the group of recruiters I was with visited St Anne's, a college representative said to us that they would like to have a Canadian partner; they weren't actively searching for one, but were open to the idea," said Seneker. "I took that as an invitation and followed up—we were the only university on the tour to do so."

According to Sheppard, top-tier universities like Oxford are inundated with partnership requests, so unless an institution has something unique to offer, they typically are not interested. The University of Saskatchewan's selling point, said Sheppard, was the fact that it is a Canadian institution and has an extensive offering of Aboriginal programming and services, a unique feature of interest to Oxford.

St Anne's College was founded in 1879. It admits candidates, regardless of background, who display the highest academic potential and imagination along with enthusiasm for their subject. The college is just north of Oxford city centre—five minutes by bicycle—and close to the University Parks and Science Areas.

"This is an exciting chance for St Anne's to welcome students from a diverse range of internationally renowned universities," said Alexander Binns, director of studies for visiting students at St Anne's College. "The tutorial experience, for which Oxford is famous, will be the centrepiece of study for students from U of S during their time as visiting students."

Binns said the hope is that one day, this will be a true exchange agreement and the University of Saskatchewan will accept students from St Anne's College for one year as well.

Meghan Sired is a communications co-ordinator in Student and Enrolment Services Division.