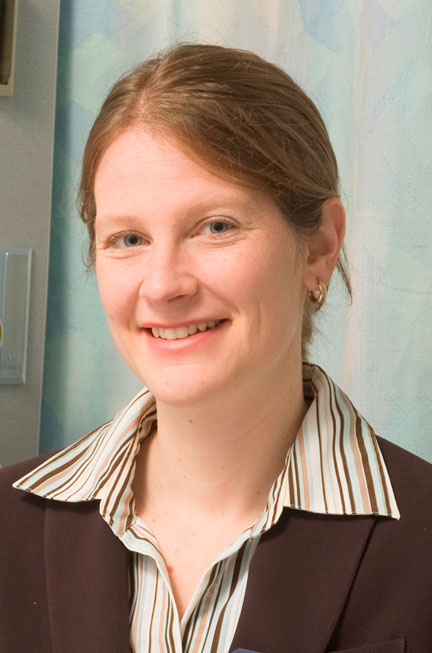 "Our results show that venous narrowing is a frequent finding in the general population, and is not a unique anatomical feature associated with multiple sclerosis," said Dr. Katherine Knox, who co-authored the study with Dr. Anthony Traboulsee, medical director of the UBC Hospital MS Clinic of Vancouver Coastal Health.

"This is the first study to find high rates of venous narrowing in a healthy control group," said Knox, assistant professor with the U of S College of Medicine and director of the MS Clinic for the Saskatoon Health Region. "The study also shows that the ultrasound criteria previously proposed to ‘diagnose' the condition chronic cerebrospinal venous insufficiency (CCSVI) do not reliably predict venous narrowing."

The findings call into question the basis for a controversial theory first put forward by Italian vascular surgeon Dr. Paulo Zamboni in 2009 that MS is associated with narrowing of the veins leading from the brain to the heart. Zamboni called the condition chronic cerebrospinal venous insufficiency (CCSVI) and suggested that some people with MS could be treated by angioplasty to widen the veins. The news had MS patients from Saskatchewan and elsewhere travelling around the world to get the surgery, sometimes called the liberation procedure. Governments also faced pressure to provide funding for the treatment.

Knox, Traboulsee and their colleagues looked at 177 adults, including people living with MS, their siblings, and unrelated people as controls. Unlike previous studies, they imaged the veins using both ultrasound and catheter venography, a more complicated procedure that involves taking an X-ray of the vein after injecting it with a special dye.

The research team found that CCSVI "occurs rarely in both patients with multiple sclerosis and in healthy people," with no specific link to MS. They also found that Zamboni's ultrasound criteria for CCSVI did not reliably pick up narrowing of the veins as shown by catheter venography.

"Our results confirm that venous narrowing is a frequent finding in the general population, and is not a unique anatomical feature associated with multiple sclerosis," Traboulsee said.