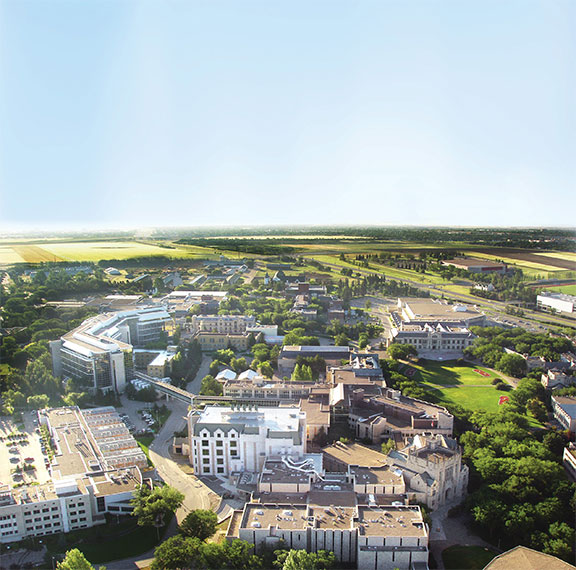 "We are pleased to welcome four individuals whose qualifications, experience and background will benefit the University of Saskatchewan Board of Governors," says Susan Milburn, vice-chair. "The members who are leaving the board at this time have offered tremendous service and we are grateful to them for their voluntary dedication of time and energy that board service represents."

Lee Ahenakew, who holds a Bachelor of Commerce degree from the University of Saskatchewan, has recently relocated to Saskatoon from Dundas, Ontario where he worked at the Canadian Council for Aboriginal Business as the vice-president of member relations. He is currently employed with BHP Billiton. He has served on several other boards and his expertise in corporate Aboriginal relations will make him a valued member of the board.

David DubÃ© holds an Advanced Bachelor of Arts in Political Science degree from the University of Saskatchewan and is a Huskie football alumnus. He is the president and chief executive officer for the Concorde Group of Companies, has served on numerous other boards and is a generous supporter of the U of S.

Kathryn J. Ford, Q.C. is also a graduate of the U of S. She specializes in conflict resolution and has a particular interest in mediation, workplace conflict assessments and workplace harassment investigations. She owns her own law practice and has practiced law in Saskatoon since her admission to the Saskatchewan Bar in 1977. She has served on several other boards in the past.

Grant Isaac, also a graduate of the U of S as well as from the London School of Economics, brings expertise in finance, taxation and business technology services through his work at Cameco as chief financial officer and senior vice-president. He has served as the dean of the U of S Edwards School of Business and on several other boards.

Greg Smith, the fifth government appointee, will continue to serve on the board for a second three-year term. A new chair will be chosen by the board at an upcoming meeting.

The U of S Board of Governors is responsible for overseeing and directing all matters respecting the management, administration and control of the university's property, revenues and financial affairs. The board consists of five members appointed by the Government of Saskatchewan, one student member (currently Jared Brown), one faculty member (currently Linda Ferguson), two members appointed by University Senate (currently Susan Milburn and Grit McCreath), and two ex-officio members (the president and chancellor).