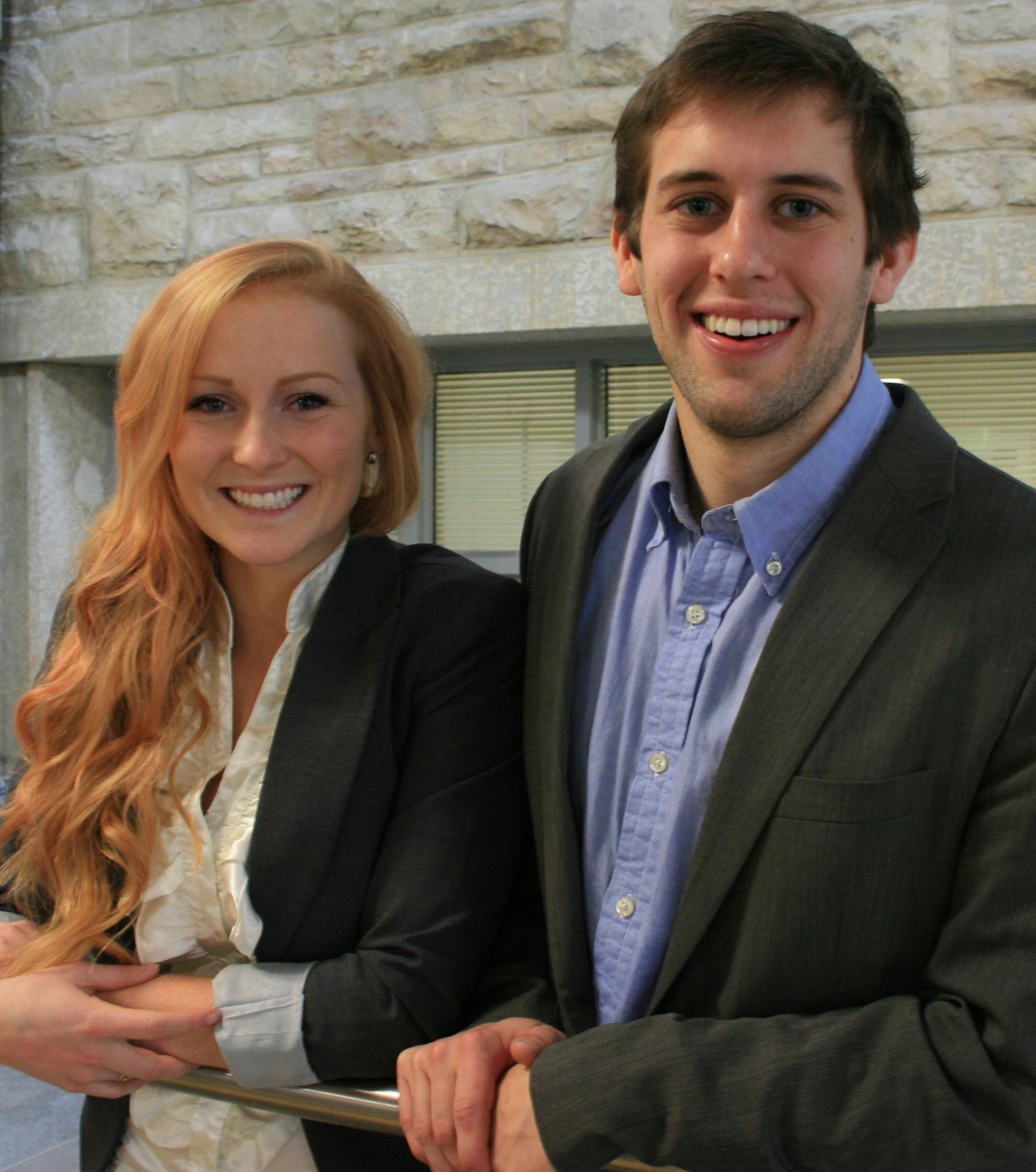 Last year, Cook, who is in her final year of commerce, and Wandzura, a four-year pharmacy student, became Saskatchewan's first representatives in The Next 36, an innovative and intense program of learning and mentorship designed to develop a new generation of Canadian entrepreneurs. For Wandzura, being a member of The Next 36 was a rare chance "to move our careers to the next level."

The first step to gaining entry into what can accurately be described a boot camp for young entrepreneurs is an application process that judges undergraduate student candidates from across the country and from various academic disciplines on character rather than on a particular business idea. Cook described being in a room in Toronto in late November 2011 for the final selection with top Canadian business leaders challenging individual candidates with questions like, "why should we take you and not someone else?" It was, she said, just the first of many situations that pushed her out of her comfort zone.

Once the 36 young entrepreneurs were selected, they were grouped into teams and instructed to come up with a business idea. Cook said that took place at 5 pm on selection day "and by 7 am the next morning, we were pitching our idea to top venture capitalists." What followed was the first phase of the program's Entrepreneurship Institute, months of webinars with mentors and academics, classes, and assignments that paralleled the development of each team's business venture. And it all had to be managed alongside regular U of S classes

In May last year, the two travelled to Toronto to spend four months in the second phase of the Entrepreneurship Institute building their businesses, managing $50,000 in seed money, networking, seeking capital and learning from the best in Canadian business. (Wandzura was founder and CEO of Mobicare, a mobile platform to assist Alzheimer's caregivers with patient management, symptom tracking and medication, while Cook was founder and CEO of Triumf Mobile Rewards, a tablet-based software for small- and medium-sized businesses to run and monitor digital loyalty programs.)

Both agree it was a life-changing experience. "This is about solving problems and finding opportunities for change and to make a difference," said Cook. Wandzura added that while The Next 36 experience takes place in a relatively safe environment, under the watchful eyes of experts, it still presented significant challenges for the participants. For him, that challenge was making business decisions with imperfect information. He admitted that coming from a science background, he is always looking for black and white answers.

Cook found her biggest challenge in accepting failure and the honest critiques from investors and mentors as she and her team developed their venture.

Both also agree The Next 36 is an opportunity more U of S students should explore, regardless of what academic discipline they have chosen. They see an entrepreneurial spirit that is alive and well in Saskatchewan, "and what we learned is an asset not only to our province but to Canada as well," said Cook.

They also want to dispel the myth "that if you want to do something important in Canada, you have to go to Toronto," said Wandzura.

"There's a huge amount of opportunity in Toronto," said Cook. "It's hard to say no to that, but we want to bring that opportunity to Saskatchewan."

More information about The Next 36 is available at thenext36.ca