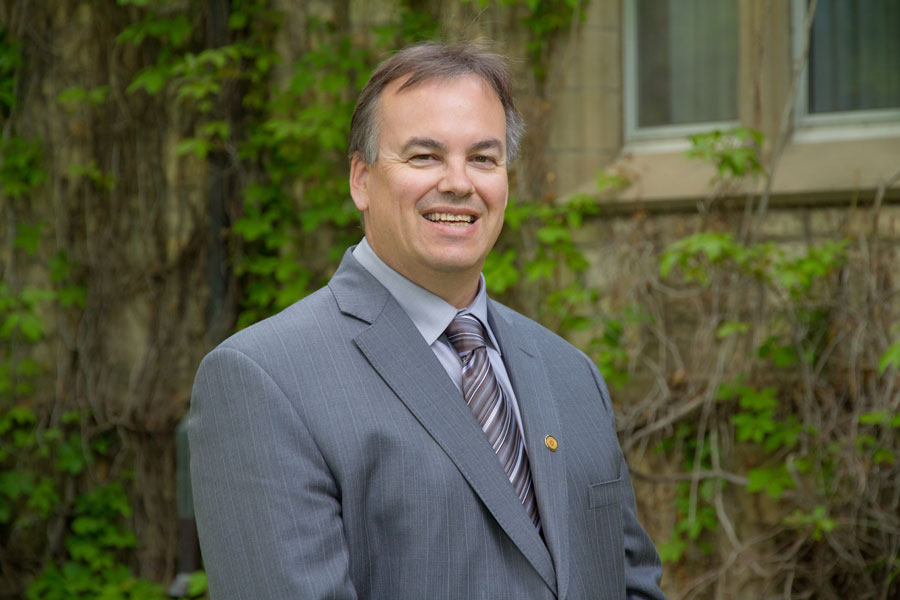 In early 2013, the U of S Board of Governors gave initial approval to develop a plan for a 90-space child-care centre in College Quarter but a lack of funding means other options must now be considered, said Greg Fowler, vice-president of finances and resources. The university has $1.2 million from the province for new spaces and, with the agreement of the undergraduate and graduate student associations, plans for a $5-per-student-per-year fee increase that would generate about $100,000 annually for 10 years for the project.

The problem is that estimates on the cost of a new building exceed the available funding. "I can't get approval for the next step in construction without funding and we have a gap," said Fowler. He added the student fee increase to support child care on campus will not be implemented without a firm plan to proceed.

Speaking about the issue at Council March 20, President Ilene Busch-Vishniac said the university does not want "a repeat of what happened with the Gordon Oakes-Red Bear Student Centre. We don't want to spend 20 years waiting while we raise the money."

Council member Lisa Kalynchuk asked if faculty and staff could be asked to contribute, possibly through a payroll deduction plan, just as student will contribute through additional fees, an idea the president said would be considered.

Another Council member wondered if a child-care centre could be made a priority in the university's upcoming capital campaign. Busch-Vishniac replied that in campaigns, institutional priorities do not necessarily mesh with donor priorities, and initial meetings with donors about a child-care facility have garnered "zero interest to date."

One possibility other than a new building is renovating an existing space but Fowler said the regulations for child-care facilities are so strict it is hard to find anything that can be adapted with the funds available. "That's why a new build was preferable." He noted that neither of the existing facilities, in the Education Building and the Williams Building, can be expanded.

Another consideration is that demand for child care on campus has been pegged at 800 spaces and the maximum allowed in any one facility is 90. "Is a 10 per cent solution the strategy we want to go with so that we have to build seven more centres?" he asked. "We have to look at all the possible ways we can get closer to meeting the demand."

Various options will be presented to the board for its consideration in May. "We'll discussÂ them all, and the implications of all. We need to find a solution that's in the best interest of the university."