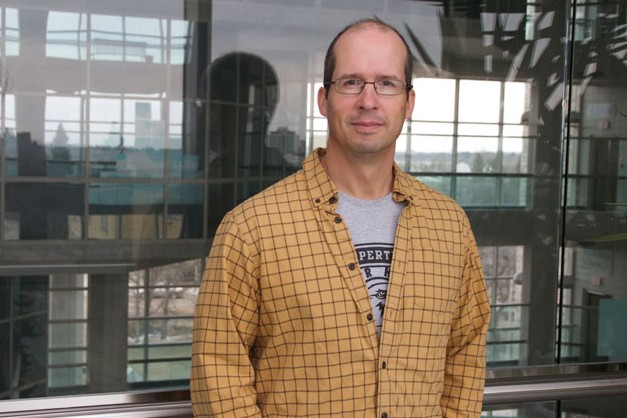 David Natcher, as part of an expert panel appointed by the Council of Canadian Academies and commissioned through Health Canada, explored the issues of food security, and insecurity, in the North in a report entitled Aboriginal Food Security in Northern Canada: An Assessment of the State of Knowledge.

"People in the South should be shocked and embarrassed by the food conditions in the North," said Natcher, an anthropologist and professor in the College of Agriculture and Bioresources, who was recently appointed research chair in the social dimensions of food security in the Global Institute for Food Security at the U of S. "We knew that the situation was bad, but even we were surprised to the extent, that, for example, 90 per cent of preschoolers are food insecure or go hungry."

In 2011, about 12 per cent of Canadian households, or one in eight, experienced food insecurity, which is defined as a lack of access to safe food in sufficient quantity and quality that meets dietary requirements, Natcher explained. "Aboriginal households off-reserve in Canada are twice as likely to be food insecure as other Canadian households."

The issue, he explained, is even more pronounced in Nunavut. A survey— the 2007–2008 International Polar Year Inuit Health Survey—revealed that the people of Nunavut had the highest rate of food insecurity, at 68 per cent, of any Indigenous population in a developed country.

"This has all sorts of implications such as malnourishment, obesity, diseases like diabetes and heart disease. There is even a link between food insecurity and mental health. The reasons for food insecurity are always varied and complex and that's even more so the case in the North."

One factor is the disparity between northern food prices and household incomes. Natcher pointed to $19,760 as the annual average price of groceries in 2007/08 for a household with children in Nunavut, Nunatsiavut and the Inuvialuit Settlement Region; when considering that 49 per cent of Inuit adults earned less than $20,000 annually, the issue comes into sharp focus, he said.

The nutrition transition, which Natcher explained as moving from harvested and hunted food with high nutritional value to store-bought food with lower dietary quality, is a result, in part, of generational change. But it is also influenced by environmental changes and how those changes affect accessibility to wild food.

"All of this is still affected by issues of colonialism, including removing children from communities, relocating communities, and the residential school systems. In these cases, many Aboriginal people have not had access to the land and resources of their traditional territories," said Natcher.

The panel, which included economists, nutritionist, anthropologists and wildlife experts, was not commissioned to create a report with recommendations. Instead, it was asked to collect existing information and provide a "state-of-knowledge" report on Northern Aboriginal food security. However, Natcher is hopeful that the report, released March 27, will open a much-needed dialogue between different levels of government, communities and experts to "create a comprehensive plan that integrates all of the aspects of this issue to create unique policies that can address this extraordinary challenge.

"Unlike a lot of countries in the world, Canada has the resources to fix this problem, but it will take political, public and local will to make the positive changes that are necessary," he said, adding that the U of S, with a wide range of food-security experts in diverse disciplines, is well placed to lead the discussion.