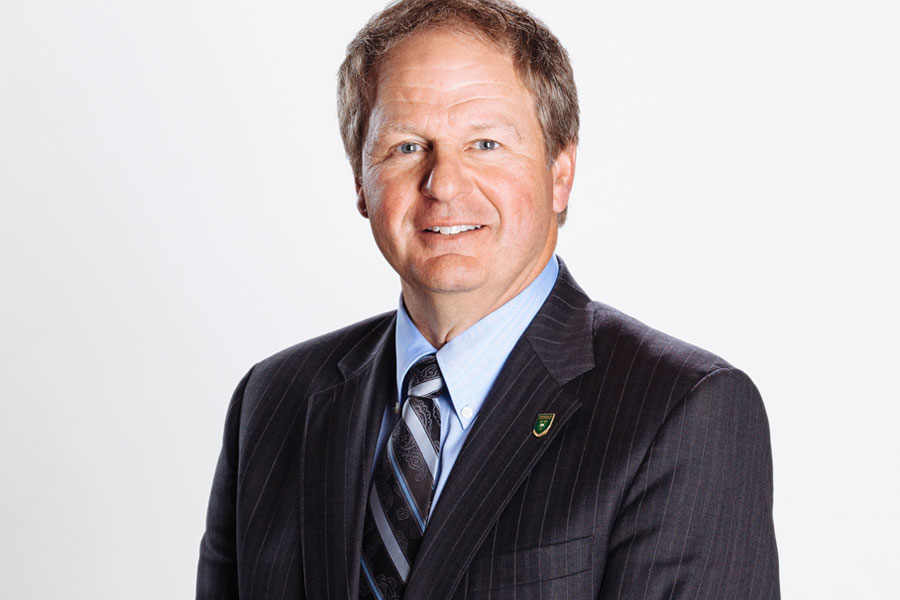 Smith, a U of S commerce graduate and partner in the Swift Current accounting firm Stark & Marsh LLP, will assume the role of chair in October. Milburn, a member of the board since 2006, will conclude her term on Oct. 18 when University Senate elects its new representative on the board.

"It is a privilege to serve the University of Saskatchewan as a member of the board, and I appreciate the opportunity to serve as chair," said Smith, who was originally appointed to the board in 2007. "I want to thank Susan Milburn for her leadership and commitment to the board and our university; she has exemplified public service during her time on the board. I am excited about the future of our university and look forward to working with my colleagues on behalf of the University of Saskatchewan."

Smith chairs the governance and executive committee, and serves on both the audit, and the finance and investment committees. He has a long history of community involvement, including terms as president of the Swift Current Kiwanis Club, director for the Saskatchewan Special Olympic Games, Swift Current United Way and South West Centre for Entrepreneurial Development. He is a past governor of the Canadian Institute of Chartered Accountants, past president of the Institute of Chartered Accountants of Saskatchewan and served as an instructor at the University of Regina and Athabasca College.

Lee Ahenakew has been elected as vice-chair of the U of S board.

Ahenakew, also a U of S commerce graduate, was appointed to the board in January 2013, shortly after he relocated to Saskatoon from Dundas, Ontario where he worked at the Canadian Council for Aboriginal Business as vice-president of member relations. He is currently employed with BHP Billiton working in community engagement. He has served on several other boards and brings to the U of S expertise in corporate Aboriginal relations and is a certified professional director. He chairs the board's audit committee and also serves as a member of the land and facilities committee.

The University of Saskatchewan's Board of Governors is responsible for overseeing and directing all matters respecting the management, administration and control of the university's property, revenues and financial affairs. The board consists of eleven members: the chancellor and the president of the university as ex officio members, five members appointed by the Lieutenant-Governor-in-Council, two members elected by University Senate, the president of University of Saskatchewan Students' Union, and one faculty member.