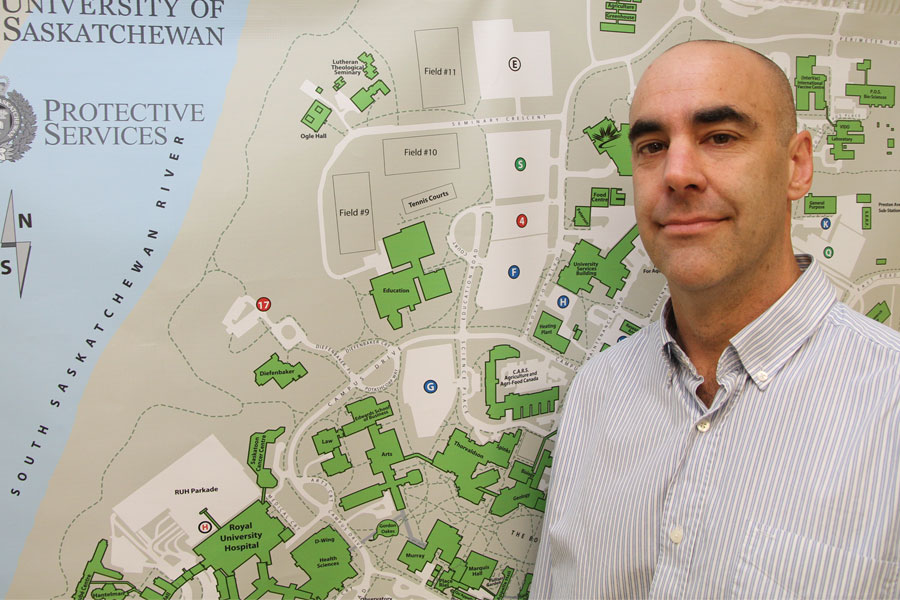 "We have an emergency management plan that covers all hazards and outlines a response process for all incidents," explained Brian Muchmore, director of Protective Services, adding that a key part of planning for emergencies is determining the likelihood of specific events, from chemical spills and fires to severe weather and an active shooter on campus.

The plans, he continued, outline how to prepare for, respond to, mitigate and recover from a major emergency, which Muchmore defines as "any incident that cannot be handled by a single department or college."

Muchmore used a chemical spill as an example to contrast a non-emergency from an emergency: a small contained spill that is easily handled by lab technicians would not considered an emergency; a more significant spill could activate the plan because it may require additional resources such as safety expertise, communications to the campus community and plans to recover.

"This level of co-ordinated effort would activate our emergency plan," said Muchmore who spent 21 years in the Canadian Forces developing plans and training in preparedness and response before coming to the U of S in 2011.

"I would think almost every campus in the world has an active shooter plan," he continued. "But emergency plans are like snowflakes—they are all different and consider an organization's unique features: geography, available resources, potential threats and hazards. So it is typical for different organizations to have unique plans."

To that end, he explained, each college and administrative unit on campus has "received an emergency response plan, personalized for their buildings, workspace and activities."

The plans outline specific roles and responsibilities, checklists and institutional strategies with the end goal of getting operations back to normal as soon as possible, he said, adding that individuals from administration, Facilities Management Division, Consumer Services, communications and safety resources are also involved in the emergency response process once it is activated.

Training is another important part of the process, Muchmore said.

"We have been doing lockdown training for more than year now and have trained about 400 people. We emphasize site and situational awareness, identify safe areas and exits, and spend a lot of time answering questions. Drills involve walking through plans, training local staff and exercises, which are scripted and individuals practice their reaction, similar to a fire drill."

Muchmore encourages all members of the campus community to take the initiative to become familiar with the college- or department-specific plans.

"These plans have lots of information on what to do in an emergency and it's important to go through them. We need to have these plans even though we hope we never have to use them."

Signing up for USafe, a mass-notification emergency text system, is another important step to take, he said. "You can sign up through PAWS and will only receive a text message in the event of an emergency."

The plan is to eventually expand USafe so that it will also provide desktop alerts as well as notices on the plasma screens throughout campus.

"The big thing is that we want people to know that Protective Services is always available, 24/7. We continuously practice emergency response protocol. All members are familiar with the active shooter response plan and run frequent exercises to ensure we remain prepared to respond at any time."