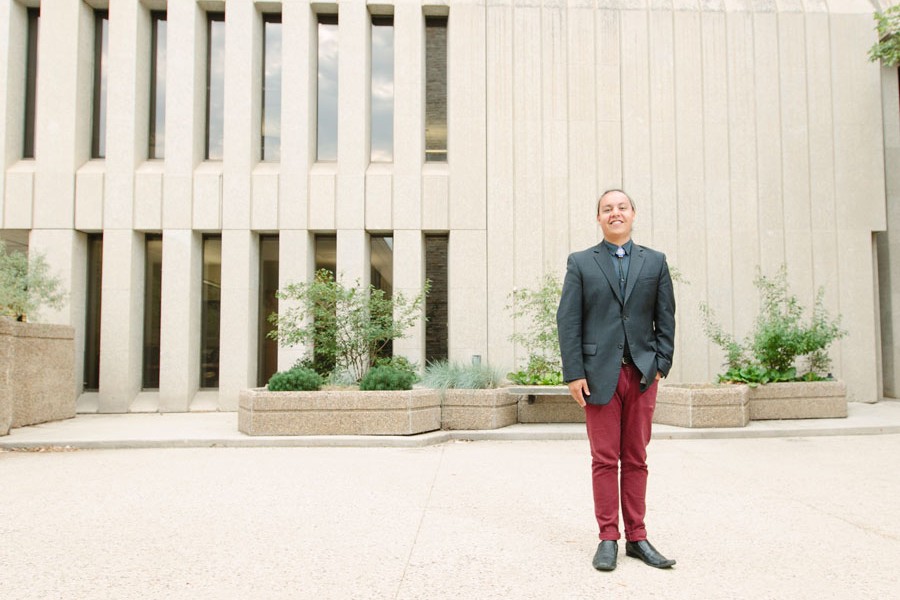 For FineDay, second term means lobbying university administrators for more Aboriginal student supports, working on tuition waivers for those who grew up in foster care and representing students' voice during the TransformUS implementation process.

"I've been here on campus for four years, and involved with the USSU for a lot of that time," said FineDay who received 63 per cent of the votes in the late-March election. "This past year, students came up to the executive and said ‘I feel the USSU is making a difference for the first time that I've been here.' Our work needs to come back directly to students and deliver results."

A major result last year's executive can point to is establishing a first-term reading week. "This is a huge one, and it provides students the necessary break to focus on mental health and take care themselves," the political science student explained.

The USSU executive also spearheaded an open-licensing program with the university and province that will make textbooks more affordable and accessible. "This year, I want to continue to work with faculty to adopt or help create open-license textbooks for students," said FineDay.

Another project, and one that will continue to be a priority for the incoming executive, is work on TransformUS, the university's program prioritization project. "When we were left without a seat at the TransformUS table, we took action and now the USSU is involved. This year we will be a strong voice for how to move forward with the implementation plans."

Last year's work, FineDay continued, has resulted in the USSU gaining a national reputation as "one of the most effective change makers in student politics. This year we are going to continue that work."

To that end, FineDay and the other members of the USSU executive—including Desiree Steele (vice-president academic affairs), Jack Saddleback (vice-president student affairs) and Elias Nelson (vice-president operations and finance)—have highlighted a few other priorities for the upcoming year.

"One of my passions is making sure post-secondary education is affordable and accessible. One voice that is missing from the university is (that) of children who grew up in foster care. So we are working on tuition waivers as a step to breakdown a barrier to bring those voices to campus."

FineDay also wants to ensure that the Aboriginal students have the supports necessary for success at the U of S.

"For a long time there wasn't a strong commitment from the U of S to First Nations, Métis and Inuit students, but it is now a key priority because of the increase in enrollment … But there is still a gap between the percentage of Aboriginal and non-Aboriginal students who return for a second year."

The Gordon Oakes-Red Bear Student Centre is a good step, he continued, "but that project, while important, can't blind us to the work that still needs to be done. Our campus can be and needs to be a more welcoming place for Aboriginal students."

A key step for university administrators, FineDay explained, is to create two-way communication.

"If we are going to talk about Aboriginal success, we need to talk to Aboriginal students. I see my fellow Aboriginal students becoming organized, especially within their colleges, and I want to lobby administration to utilize that group and their knowledge to inform the institution."

FineDay pointed to other examples to show Aboriginal students the university supports them, including "renaming buildings or streets in Cree and embedding Aboriginal language into the curriculum. We need to hire more Aboriginal faculty and senior administrators, too."

A lot of Aboriginal students, he continued, arrive on campus from communities—whether in northern Saskatchewan or downtown Saskatoon—that are not often familiar with academia and the university.

"There is a still a cultural difference that I think the university and Saskatchewan are just beginning to understand. Recognizing that Aboriginal communities are different and reflecting that at the U of S is important because Aboriginal people are the fastest growing demographic in the province. We've been living together on this land for hundreds of years, but we haven't been learning together."