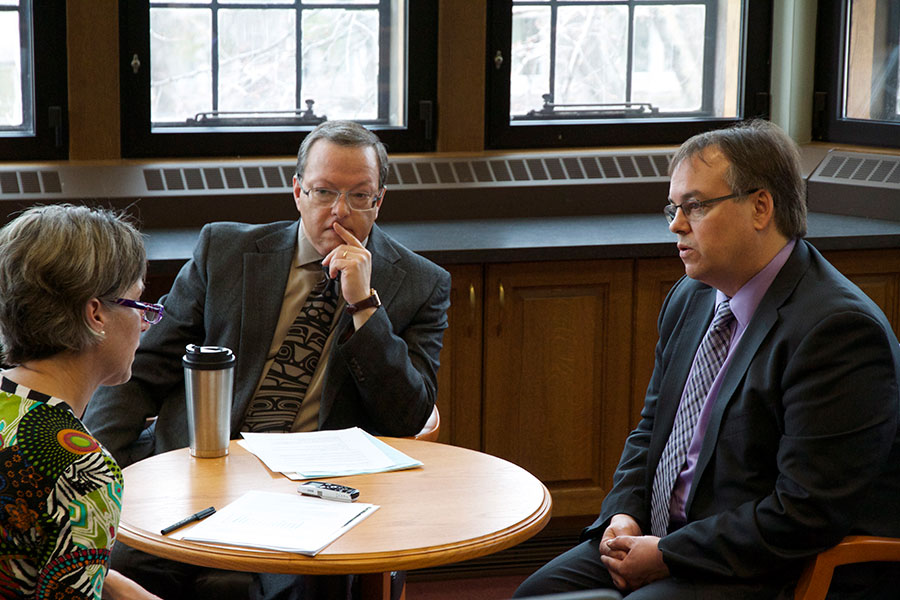 "I'd characterize us as being about halfway through TransformUS at this point," said Provost and Vice-President Academic Brett Fairbairn the day after the plan was made public. "We've had 18 months of discussion and consultation; we're now launching a series of projects."

Those projects, which are grouped under the themes of simplifying structures, focusing on the university's core mission, implementing a shared model for support services and incorporating ongoing prioritization, address the recommendations made in December 2013 by the task forces charged with evaluating all academic and administrative functions. The plan also takes up the challenge from the Board of Governors to leave no stone unturned in the effort to alleviate a projected budget deficit.

"One way for people to read this plan is to think about the themes and how they apply to more than the specific projects," said Fairbairn. "To simplify, to focus, to share and to prioritize are things that everybody can do in every job in the university."

Greg Fowler, the vice-president of finance and resources, said the objective of prioritizing programs through the work of the task forces and the resulting action plan is "to create a system that doesn't need to face budget cuts every few years, but rather continuously changes and re-allocates resources to meet priorities and adapts to new funding realities."

In writing the action plan, the Provost's Committee on Integrated Planning (PCIP) drew on in-house expertise in areas like planning and finance. It also consulted the Education Advisory Board, a university and college think tank based in Washington, D.C. Fowler said the board has done significant research on shared service structures— one of the plan's four themes—at universities across North American and Europe, and representatives presented those findings to senior administrators at the U of S.

The action plan is designed to find $20-25 million in permanent savings and up to $5 million for reinvestment in priority areas. There are 19 separate projects within the four theme areas in the plan, and not all of the called-for changes will happen at once. The roll out of the projects takes into account the university's long-term commitments to its students, said Fairbairn, "but fortunately we can plan ahead because we're not dealing with a current deficit. This is about addressing a future issue."

The action plan outlines the changes needed to meet financial goals, but many details remain to be sorted out. Much of that work will fall to leaders at various levels in the organization.

Authority, responsibility and corporate knowledge are widely distributed, explained Fairbairn, "so one committee spelling out how it will be for everyone doesn't fit the structure of a university. Leadership is distributed and for us to do what's outlined in the plan requires that leaders … at every level step up."

Fowler said the university is taking a conscious change leadership approach through Human Resources that examines the current state and defines the desired future state. The goal is to create structures that better serve students and faculty in "a workplace that also benefits staff with more specialization and a better organization to work in. "We expect our leaders in the institution's 31 planning units to be able to take this work on and support the culture of change we need."

Fairbairn made reference to his 2014 academic address in which he suggested the structures within the university "are in our heads, and changing them is as easy or as hard as changing our minds. The (action) plan was written with that in mind —we're changing a lot of structures and processes and that will mean we'll need the changes in behaviour and the changes in the culture of the organization."