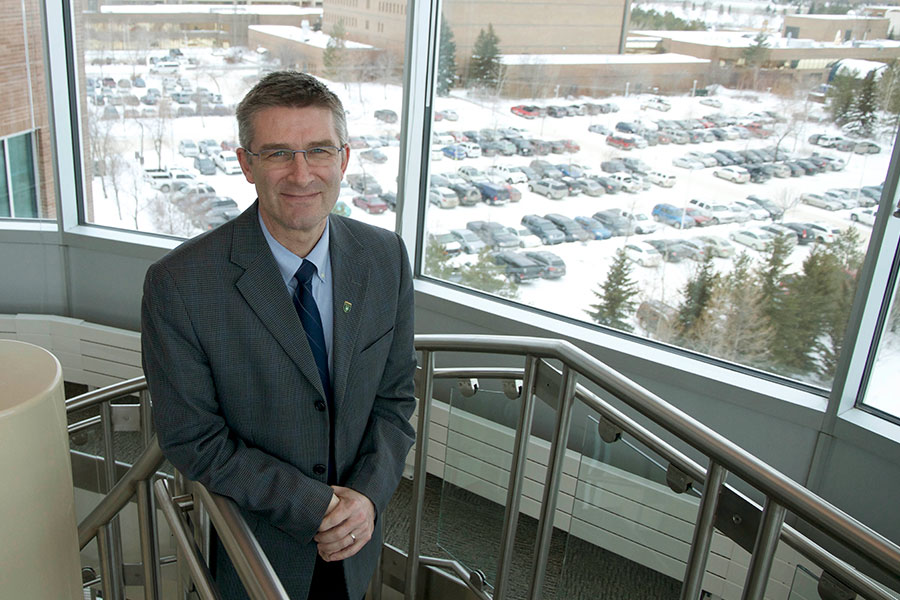 "We are right now in the planning stage and will be so for another year or so," said Kent Hartshorn, acting associate vice-president of development. "We are talking about priorities, both university wide and college specific."

Another important part of the planning stage, Hartshorn continued, is talking to current university donors to get their input on campaign priorities. "Donors will tell us what's important to them and what they would like to support, as will our alumni … but often their priorities are still connected to our six signature areas."

The conversations with current and potential donors will also shed some light on what an achievable campaign target is. The last U of S campaign, "Thinking the World of our Future", had $100 million as its target. The campaign ran for six years, closing in 2007, and raised more than $150 million from some 30,000 U of S supporters.

"We need to be inspirational in setting our campaign goal. The planning phase will determine what our target will be," he said, adding that this will be a university- wide goal, with everyone across campus having a part to play.

"This is a University of Saskatchewan campaign. While it is planned from Advancement and Community Engagement, every college and school will have input, a target and a role to play in their own campaign as part of the U of S campaign."

This philanthropic culture was on full display for a 24-hour period towards the end of December when the U of S launched the first ever day of giving called "Focus on our Future." The event was a huge success, Hartshorn said, with 387 gifts coming in totaling more than $586,000 for student support.

"Together we raised more than a half-million dollars in one day; that's fantastic. My mantra is to be unapologetic in asking for support for the university and that includes from faculty and staff. It's all about the student experience, scholarships, the whole nine yards. It's why we're here, it's why we come to the university everyday and we need to fulfill that."

In addition to the student support that results from donations to the university, there are other significant benefits that come with entering into a campaign.

"A campaign, above all else, is about raising money for university priorities, but it is also about a marketing strategy. It's getting our brand across North America," he explained. "Campaigns help raise the profile of the university and raise the bar for yearly giving. At the end of the last campaign, we peaked at $40 million per year in donations and since then, leveled out at about $30 million per year. Prior to the campaign, we were at around $10-12 million. Campaigns cause a ripple effect across campus and society."

The next step Hartshorn outlined is moving out of planning phase into the quiet phase. "That's when we start talking to our lead donors. It will be eight years from planning to reaching our goal, but changing society takes time