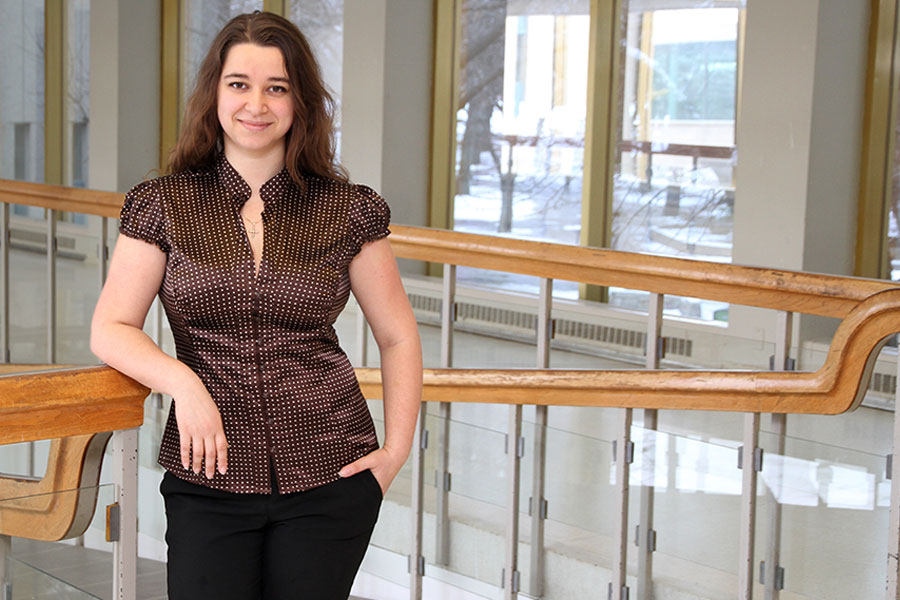 "I would like to see the GSA become the first point of contact that students turn to when they need help, especially international students," said Vlahu, who came to the U of S from Macedonia in 2010 to pursue a master's degree in math. "GSA should be a home to grad students."

"We organized that conference and for three days students and faculty came together to celebrate research—that was a success," said Vlahu, who is now pursuing a PhD in mathematics. "Students had the chance to meet students and faculty from other departments and be a part of a community. It was wonderful to see."

This community, she continued, is going to be called upon in the very near future as action plans resulting from TransformUS are to be implemented across campus.

"Student involvement is going to be required, but we need to raise awareness so we can get student contributions and input on this," she said. "When I campaigned, I promised students that their voices would be heard behind closed doors and publically as well."

"Students are busy being students, so this is an additional challenge, but it is our responsibility and duty to speak out on their behalf. We need to be accountable, and let them know how they are affected and how they can be involved. I hope this will empower them to speak on their own rather than me on their behalf."

A full-time student and single mother of a five-year old, Vlahu's time is precious but she is willing to take on the challenge of student politics. "There are always challenges, but this is important to me and when a good job is done, the benefits are apparent."

The next step for the executive is to use a planned retreat later in May to discuss priorities for the upcoming year.

"We all know each other, but we're not a team yet, we want to build team work. These conversations need to get started. Just because I am a mathematician doesn't mean I'm not comfortable talking," she said with a smile.