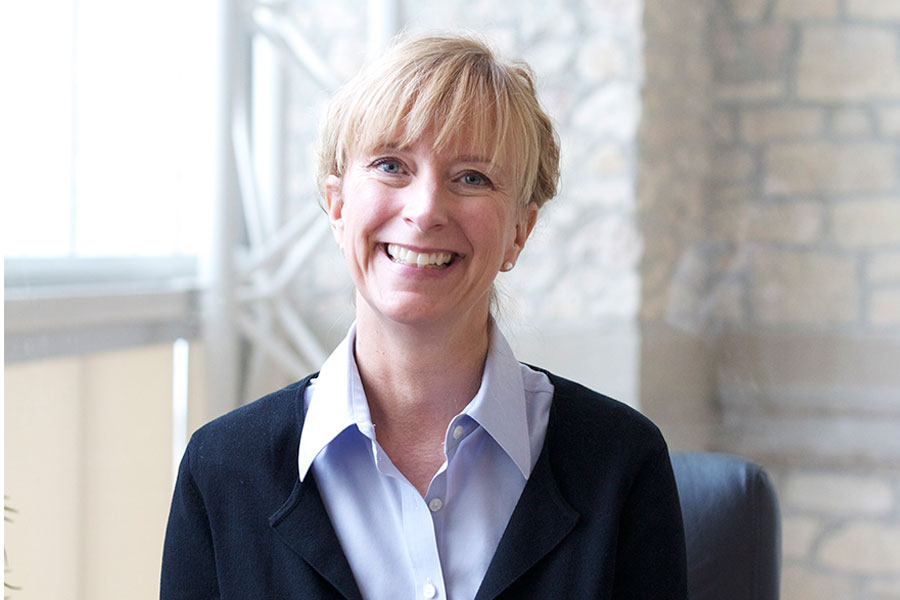 The coffee is cold and your eyes are tired and becoming red. It is past midnight and the paper, worth 40 per cent of the final grade, is only half done … it's due first thing in the morning. The textbook for tomorrow afternoon's midterm has barely been cracked. There is a ping of anxiety and a nagging impulse to cheat.

The myriad factors leading to the decision between right and wrong, to cheat or not to cheat, are not black and white, explained Patti McDougall, vice-provost of teaching and learning.

"There are a range of theories and opinions on the psychology behind cheating," said McDougall, who has a research background in developmental and educational psychology. "It is heavily situational and also governed by moral development issues within a person. It is almost always an interaction of who you are and the situation in which you find yourself."

In any situation where a moral decision needs to be made there are always two elements in play, she said. "One part is inhibiting, or refraining from doing something that you shouldn't do. The other is proactive; it's about choosing to do the right thing. It is like having an angel and the devil on your shoulders."

From a developmental perspective, she continued, as we age, we become less likely to cheat in any facet of life because thought processes change, emotions evolve and how we sanction ourselves becomes increasingly complex.

From a young age there are many external contributing factors—parental influence, code of conduct at home and, for some, religion—that shape the sense of right and wrong, the "moral compass that would preclude you from breaking rules. At a young age these are an external set of rules. But as we get older we've internalized a sense of right and wrong and operate on that basis as opposed to having to tap into external cues. That's why as we get older we are less likely to cheat."

The act of self-sanctioning and acting morally relies on the internalized moral compass, said McDougall, which in turn can be affected by cognition, emotion and social influences.

"Generally speaking, each one of us functions to sanction ourselves so that we wouldn't actually engage in cheating behavior. But there are conditions in which we might disengage from that mechanism to self-sanction," the vice-provost explained.

This theory comes from Albert Bandura, a social psychologist who researched the conditions under which we would disengage that mechanism to self-sanction, for example, like what it takes for a good person to become a soldier who kills. "It's pretty extreme, but I think it can be applied to other moral actions like cheating."

There are numerous reasons and causes that lead students to disengage their moral compasses, said McDougall, noting among them pressure to do well, time pressures, and, in the case of plagiarism, simply not being aware of the proper way to do something like quoting or citing work.

"I think it often ends up being about time pressures. And I would say, time pressures plus lapses in judgment can easily result in cheating. So, you've got all kinds of things going on in life and it's the middle of the night, trying to cram it in, study, write a paper and you just don't quite get there so you take an easier way out."

In other cases, McDougall said students could make a moral justification: "‘I'm entitled to do well here, or I deserve a good grade or the professor or assignment is unfair,' and that could be used as justification for behavior to cheat. Normally you wouldn't cheat, but because you're telling yourself you're justified in doing so, it disengages that self-sanction."

Advantageous comparison is another lever that could lead to cheating. This is essentially a student justifying the act of cheating if they perceive that everyone else is cheating and cheating to a greater extent. In this scenario, McDougall explained, a student might say to themselves, "‘I just wrote a few key words on my hand but others are doing way worse than that.' You could see how those kinds  of advantageous comparisons could affect a moral compass."

Another justification for cheating McDougall referenced is called displacing responsibility. "That would be the thinking that no one else is being hurt by your plagiarism or cheating on a test. Further yet a student might think ‘It's not my fault that this is going on because if the assignment was fair or the professor was fair, I wouldn't be put in this situation.'"

The moral tug-of-war that accompanies the decision to cheat or not, is further swayed by a number of situational circumstances, like the use of smart devices and internet access in the classroom, invigilation and whether the professor leaves during an exam, and even lighting of the room—as the lights go down, the cheating goes up.

Another factor, not surprisingly, is how tired a student is. "An individual is more likely to cheat when they are tired. When you're tired, self-control is depleted because you just want to be out of the situation, have the paper done and move on to the next thing. Your judgment is impaired and so is you mechanisms to self sanction."

McDougall, who has served on numerous academic misconduct committees, said that in her experience "for the majority of students it was a lapse of judgment and it doesn't happen again. Once it is detected and intervention happened, it is not a repeated behaviour."

In some cases, however, there is pathology to it.

"When people cheat and get away with it, and continue to cheat, it can make you feel powerful. I think there is some small proportion of students, if I had to guess I would say between one and five per cent, and I wouldn't go higher than that, for whom cheating is really more of a pathology. They are more likely to lie, cheat, steal and do that in every aspect of their lives. But I would speculate that only a very small percentage of those cheating at university are pathological."

Cheating in school has become a topic in media recently, but McDougall does not see it as an issue in terms of increased frequency at the U of S. "When you look at our own internal data I wouldn't say there is any evidence that cheating is on the upswing."

Regardless of the media attention cheating receives, the subject—including the work to prevent cheating and to educate students on what cheating encompasses—is always a top priority at the university. And to that end, the Academic Misconduct Policy covers every possible topic from a to z.

"It is also our responsibility, if we want to protect the quality of the degree, to make sure we do the proper front-end work so that nobody just falls into cheating or makes a mistake and didn't intend to cheat or thought they wouldn't get caught or be found guilty of cheating."

Faculty and instructors play a key role, McDougall said, and that includes making sure course outlines set out expectations and include a statement of academic conduct "because that is a contract that sets the stage for normative behaviour in the class environment."

The final decision, McDougall said, ultimately lies with the student, and at that moment of truth, she encourages a moment of pause.

"Take that pause for a moment of self reflection. Ask if it is really worth compromising your internal code of honour as opposed to asking for an extension on a paper and maybe taking a late penalty. That's my advice, because in so many cases the student says ‘I screwed up and a sequence of events led me to do this.'  I think if you just pressed pause, engaged your natural tendency towards self sanction and gave yourself a moment of reflection, there would be fewer instances."