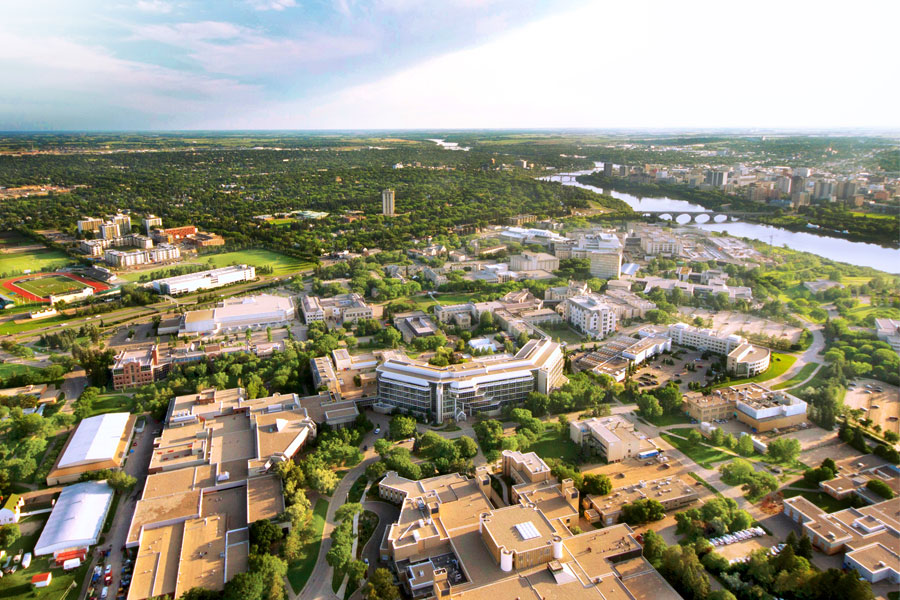 "Academic freedom and tenure are sacrosanct at the University of Saskatchewan. This case, however, is not about academic freedom. Dr. Buckingham was removed from his executive director position for acting contrary to the expectations of his leadership role." U of S President  Ilene Busch-Vishniac said. "Dr. Robert Buckingham, who was terminated from his position on May 14, will not return to that leadership position. He will, however, be offered a tenured faculty position. The confusion on this issue stems from differing interpretations based on his contract. Because we hold tenure in high regard, we will immediately reverse that part of our initial decision." She adds "Another point of confusion is with respect to an interpretation that Dr. Buckingham was banned from the university. Let me set the record straight—that was never the case."

"The University of Saskatchewan has been on the receiving end of inaccurate and undeserved criticisms launched from across the country," Busch-Vishniac said. "Up to now, the university offered limited comment on the matter because of principles regarding individual privacy on employment matters. The debate that is raging confuses Dr. Buckingham's former role as Executive Director of the School of Public Health with the academic freedom associated with that of a tenured faculty member. In his role as an administrator at a level that removes him from the faculty association, Dr. Buckingham is not only permitted but encouraged to have opinions that might disagree with those developed by top administrators. However, once a decision is made at the institutional level, all senior leaders must publicly conform to that decision or resign their leadership role.

Busch-Vishniac said the university does not punish tenured faculty for their opinions, adding that the TransformUS initiative itself has been debated and written about extensively on and off the campus for over a year now, she explained. "We have set in place numerous mechanisms for people to express themselves on matters related to TransformUS and they have worked well. The initiative has been debated, criticized, amended, changed and disparaged. This was all done without any sense that people could not express themselves. The TransformUS process was done slowly, carefully and openly. To suggest that we are doing something secretly or we are obscuring details of plans is plainly false," she said. "Our university has been, is and always will be, committed to providing a positive and safe campus while maintaining our academic values of open, unencumbered discussion. These are statements I have uttered on numerous occasions and I repeat them again today—researchers, faculty, scientists, scholars, students, librarians—all enjoy academic freedom. We have a culture of encouraging vigorous debate."

"In the case of senior leaders of the university, we met individually with each a minimum of three times to hear their reactions to comments in the TransformUS reports provided by committees dominated by faculty peers. In this particular case, I also met with the Department of Community Health and Epidemiology in the College of Medicine (at their request), and with Dr. Buckingham to discuss possible means of combining these two structures given their substantial overlap. Dr. Buckingham expressed himself forcefully on all of these occasions and his concerns were heard, although the recommendations in the action plan made public recently reflect a decision to push for amalgamation of these two units."

Busch-Vishniac stressed that the University of Saskatchewan will remain focused on its goals. "Change is necessary. The university will not be deterred from efforts to ensure its financial sustainability—for current and future students, faculty, staff, alumni and communities and stakeholders all over the world."

Martin Phillipson, Vice-Provost, will assume the role as interim executive director until a longer-term leader can be assigned.