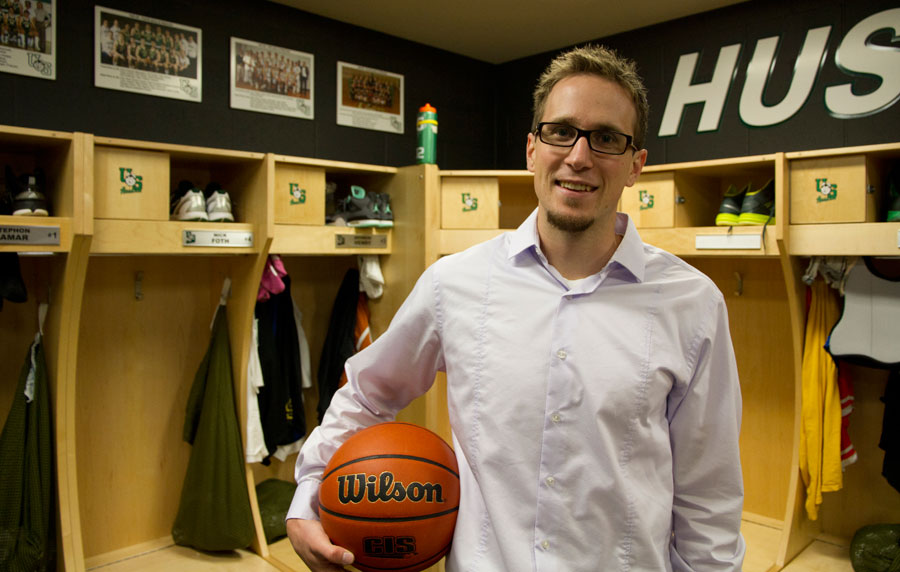 Troy Gottselig, Michael Lieffers, Michael Linklater and Trevor Nerdahl, all members of the Huskies basketball team that won the 2010 CIS championship, teamed up this summer to compete in the FIBA 3x3 World Tour.

"We played a tournament in Edmonton and qualified to play in Puerto Rico this past August," explained Nerdahl, who is now the transfer credit and articulation co-ordinator in the College of Arts and Science. In Puerto Rico, Team Saskatoon placed second, winning five of its six games with the only loss coming in the finals at the hands of a team from New York, and taking home a $5,000 prize. That earned them a place in the world championship Oct. 4-5 in Istanbul, Turkey, where they finished sixth overall.

"We've all played together for so long that we fit together well and have good chemistry," Nerdahl said, adding that the style of play required of the FIBA 3x3 game matches their style well. "It is a half-court game that's 10 minutes long and it is super fast. That suited us really well."

In preparation, Nerdahl and his teammates played three or four times a week and really worked on conditioning. "We are doing lots of running and sprints. The games are fast and are all played over a few hours, so conditioning is really important. The one game we lost (in Puerto Rico) was because we weren't in good enough shape (by the end of the tournament)."

Three on three, Nerdahl continued, is a style of basketball that FIBA—the International Basketball Federation—has started aggressively promoting worldwide in the hope of having it added to the Olympics.

The tournament format was introduced later in Canada than in other countries Team Saskatoon faced in Turkey. "Some European teams we've seen look really tough, but they've been playing this style of ball every weekend for awhile now" said Nerdahl, adding that a chance to play in Turkey with friends is more than he could have imagined.

"It all happened so fast that I still can't really believe it. After the Huskies, I thought most of my competitive basketball days were over. Being able to play ball at a high level with my best friends and getting to travel around the world and represent Canada and Saskatoon is pretty special."