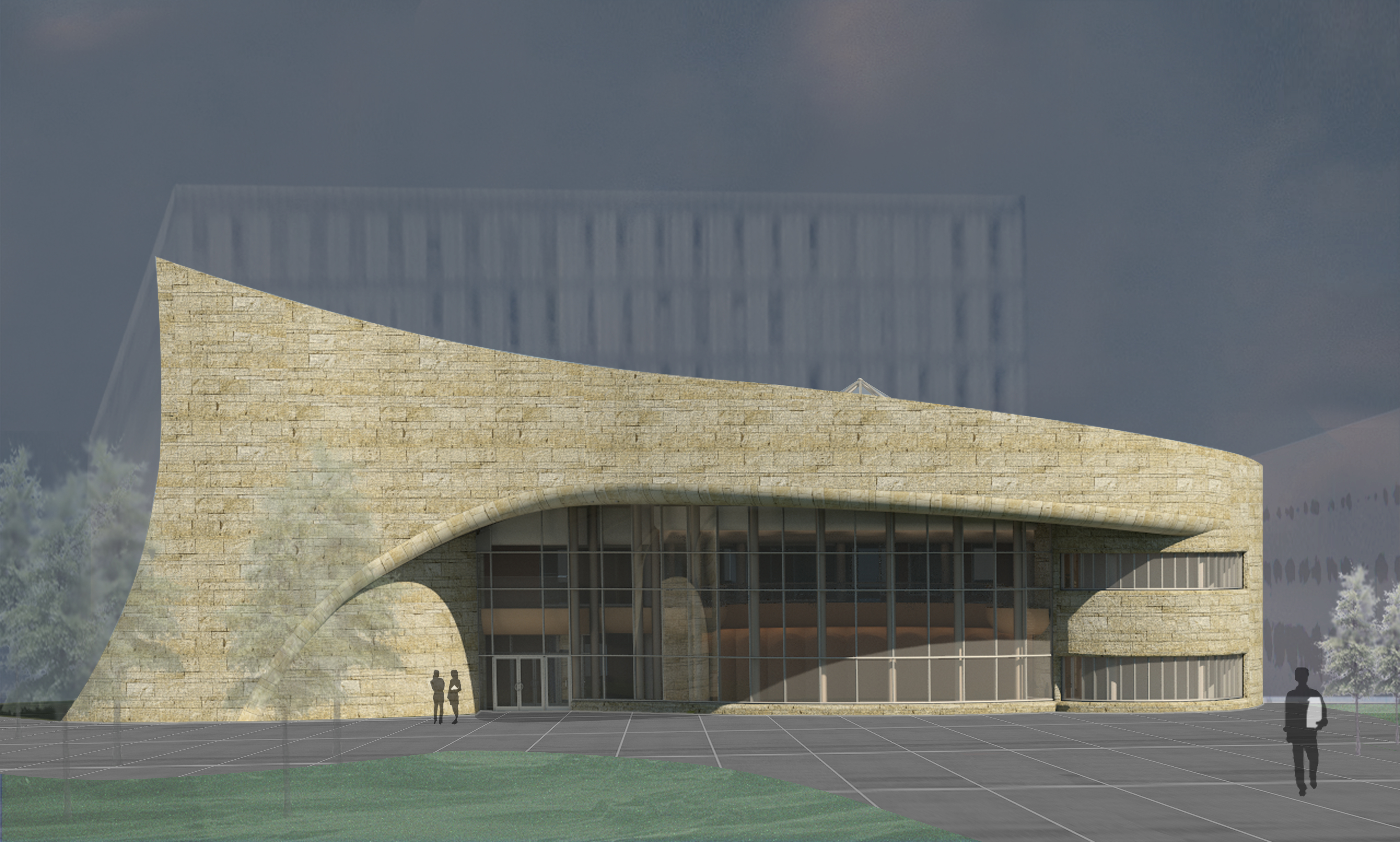 Chris Bergen, associate director of projects with the Facilities Management Division (FMD), said two presentations about the Douglas Cardinal-designed building were held for potential general contractors prior to the tender being issued. The point, said Bergen, was to introduce the unique, sculptural stone-clad building to contractors and to explain "the why and how it fits with the campus, to provide our vision. We wanted to get them excited about this project."

The usual pre-tender process is to gather potential bidders, visit the building site and field questions, he explained. In this case, the special effort was required because the building is complex in design "and we didn't want general contractors thinking "Holy smokes, how do you build this?" and then just throw numbers at it."

The architect, whose notable buildings include the Canadian Museum of Civilization, the First Nations University of Canada and the Smithsonian's National Museum of the American Indian, participated in the presentations to contractors, which included viewing very sophisticated 3-D models and images of the structure. Bergen said the university has never done such extensive modelling of a building, "every component from the stonework detailing right down to how the mechanical systems run through the structure."

Feedback was positive about the process. "It's a signature building," he said, "and some of the general contractors are very keen. They appreciated having an understanding of the background and the vision, and realized it's not as daunting as it appears at first glance." Sharing the models and images takes some of the guesswork out of tendering, Bergen said, "and hopefully that will be reflected in the bids as well."

The deadline for submitting tenders has been extended to Dec. 18 at the request of the industry, he explained. The original deadline was Dec. 11 but there are other large tenders for projects in the city closing that week and contractors wanted more time to prepare their bids.

Once the bids are received, each will be evaluated "and if the bids are favourable, the tender could be awarded the next day," Bergen said. Because there is no academic or research component to the building, the construction schedule is flexible "but even though the ground is frozen and the contractor will be limited in what they can do, I think they'll want to mobilize as soon as possible."

The Gordon Oakes-Red Bear Student Centre will be built in Wiggins Court between the Arts Tower and the Murray Library. Its 2,350 square metres will house both the Indigenous Students' Council offices and the Aboriginal Students' Centre with additional space for learning and ceremonies.