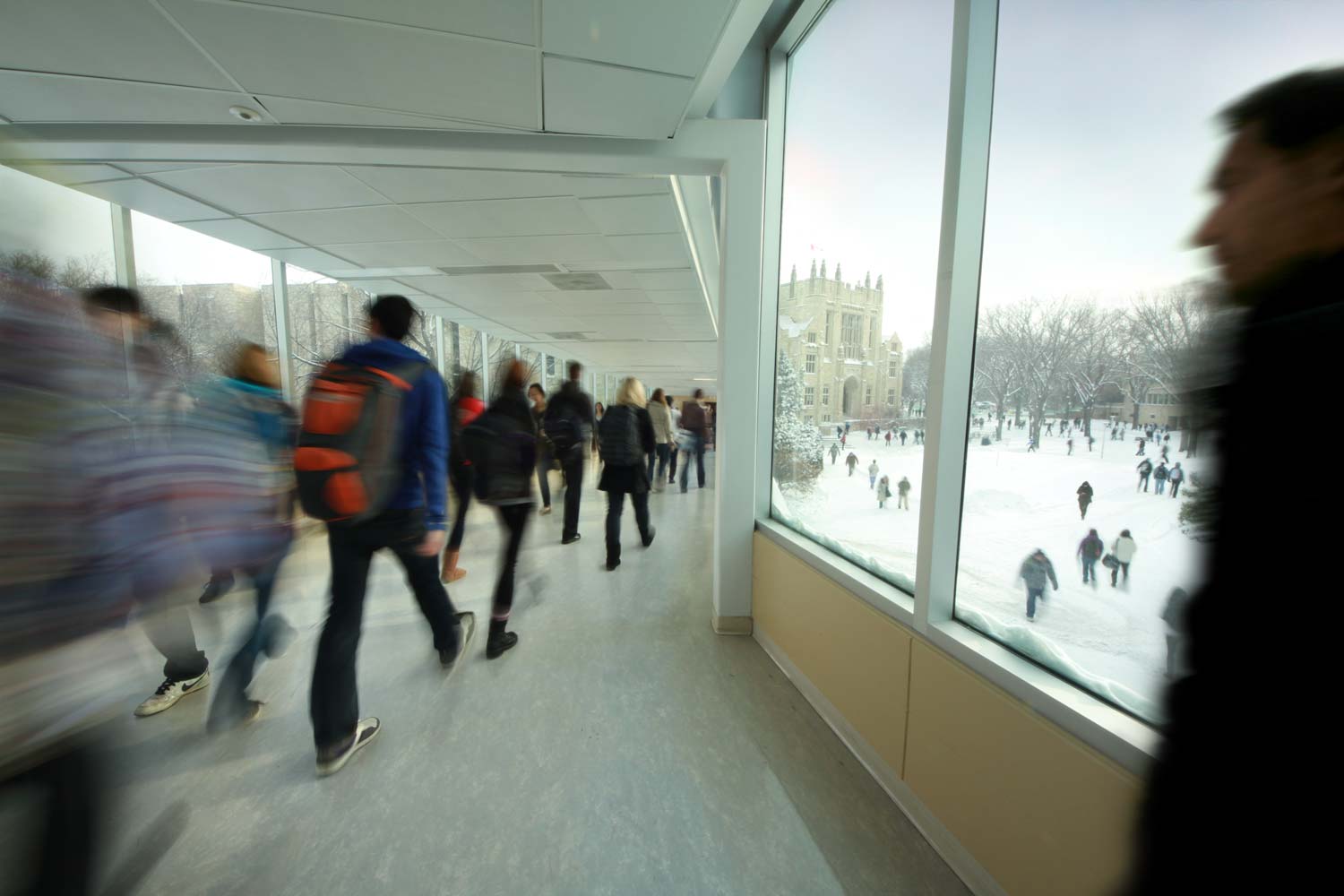 University Registrar Russ Isinger has nothing against Christmas, but he does blame the holiday season combined with 2012 being a leap year for reducing by three the number of days on which final exams can be scheduled. "It's a leap year and every holiday seems to land on bad days," said Isinger of the 2012/13 academic calendar. "We normally have 15 to 16 days to schedule exams on, but for term one in 2012, we will only have 13 days to schedule exams."

So to introduce a bit of flexibility into a tight schedule, University Council approved a reduction in the amount of time between the last day of classes and the first day of exams, he explained. "It used to be at least two days; now it is between 24 to 48 hours. We have made the commitment that in the future we won't schedule (an exam) within 24 hours if we don't have to."

Throughout consultation with colleges and University Student Council (USC), Isinger said the proposed policy change did not receive a lot of pushback. "We have always tried to build the best exam schedules for students, but losing those days and still having around 75,000 individual exams to schedule made it too tight for term one. We lost three exam days. It is just a wonky year that hasn't happened since 1984 and people understood that."

In discussions about the policy change, he continued, it was clear from student feedback that there is a preference to get out earlier for the Christmas holidays, "so reducing time between classes and exams was the way we could ensure that. For that reason, and because we release the exam schedule well in advance, usually in late September or early October, we didn't get a lot of pushback on this change."

Isinger does sympathize with students who have "heavy front-loaded schedules and we will work to get the best spread possible, but getting out early for the holidays seems to be compensation."

Another change approved by Council at its Jan. 26 meeting was the introduction of a fall reading day for students only starting in 2012.

The impetus behind this change was to create more balance between the two terms, Isinger explained. "The break in the second term is appreciated and a similar break in fall would give student a chance to catch up, relax or travel as well."

The new reading day will land on the Friday preceding Thanksgiving, creating a four-day weekend. "We couldn't find an entire week in the schedule because we need a certain number of teaching days in each term. An entire week would be too many days to make up, meaning we have to start classes in August or end later than usual. A one-day break was manageable and we were able to get the requisite number of teaching days in the calendar year."

Other universities in Canada have a fall break for students, he continued, and it is something that has been brought up at the U of S on numerous occasions. "We finally got the ball rolling by talking to all the colleges and they were enthusiastic, as were the students on the USC."

The university will still be open on the new reading day. "It's just for students. They won't have classes; the rest of us will have to come in, but at least we will have shorter lines at Tim Horton's," he added with a laugh.