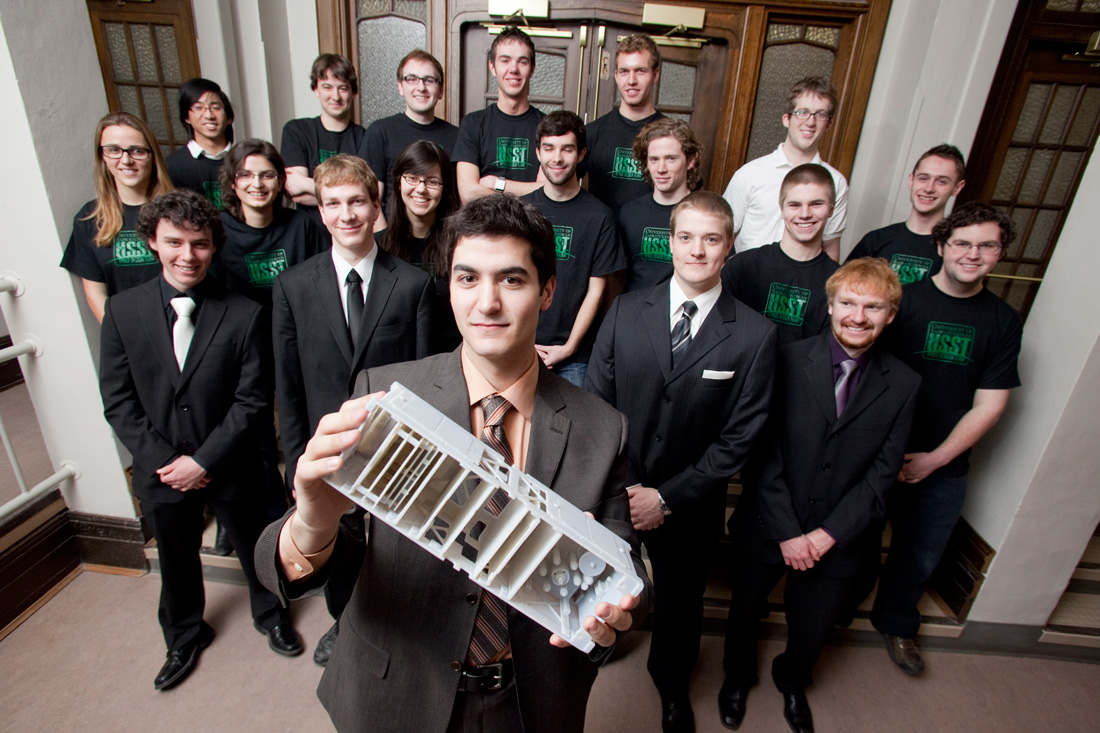 USST President Aarya Shahsavar and five of his teammates returned from the David Florida Laboratory in Ottawa in third place overall among the 12 other teams entered in the contest.

"I think our presentation went exceptionally well," said Shahsavar in an interview with On Campus News. "We know a few areas where we need to improve our design if we want to be space worthy, but I think the USST is in really good shape."

According to the CSDC, a federally incorporated not-for-profit organisation, the primary objective of the challenge is for teams of university students to design and build an operational small-satellite, based on commercially-available, "off-the-shelf" components.

Shahsavar said there is a big learning curve for these types of competitions and after an almost four hour presentation to a panel of judges in the Canada Arm boardroom, the USST was feeling confident they had succeeded. Following the presentation, the judges ranked the teams with the USST placing near the top.

Rounding out the top four after the critical design phase of the competition are teams from the University of Manitoba, Alberta, and Concordia. While the teams are not aware of what the next round of competition (fall 2012) will look like yet, Shahasavar is betting they will be required to build a functional satellite capable of undergoing stress tests in preparation for space flight.

"We're looking down the road now and most of us are aware that once school is finished for the summer, we'll be spending nearly every day testing our satellite to make it ready for space flight. We have engineered a space-worthy satellite and I know that we will be ready, but this is difficult stuff â€“ it is rocket science," he added with a chuckle.

Some of the experiments the USST is planning will test their satellite's resilience to high temperatures, vacuums, radiation, and heavy vibration from the launch itself.

Each team in the competition has been given a different payload and mandate for its mission. The USST has been tasked with designing a nanosatellite (about the size of a two-litre milk container) capable of studying plasma in the earth's ionosphere.

Plasma in the ionosphere can affect everything from telecommunications to air traffic, and plasma is difficult to contain and test on the ground, so he thinks the USST mandate has significant scientific application.

Shahsavar added that a senior officer from the Canadian Forces sat in on their presentation to find out more about the capabilities of the USST nanosatellite, "He didn't sit in on anyone else's presentation, so we can only assume there is some interest in our satellite from the military."

For the immediate future, the USST will be focusing on an even bigger challenge â€“ finding the funds necessary to build a working satellite. The team estimates that they will need half a million dollars to complete the next stage of the mission.

To find out more about the USST, visit http://usst.ca/