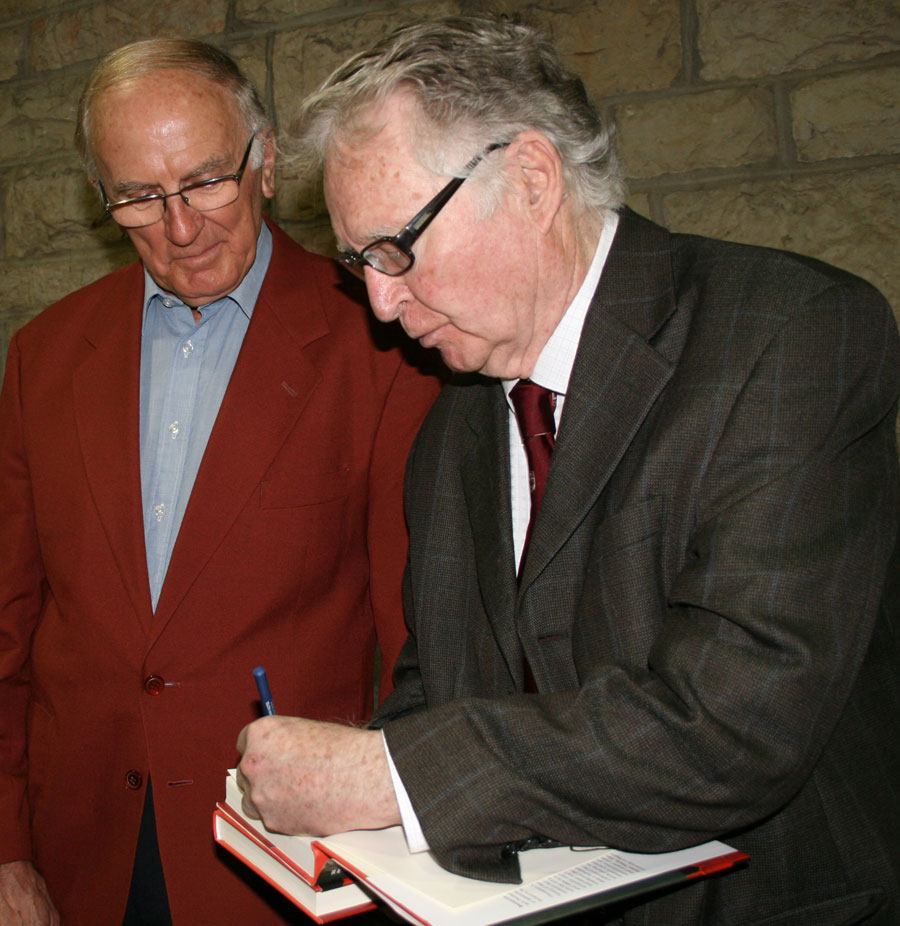 "My father (Jake) was a pupil and then a younger colleague and he believed Dr. Thompson was the finest man he ever knew," Rempel said. "And of all the qualities of greatness, Thompson's total integrity is what stood out."

Rempel, professor emeritus of history at McMaster University, has just published Research and Reform: W.P. Thompson at the University of Saskatchewan, a biography that chronicles Thompson's career at the U of S starting with his arrival on campus in 1913 as head of the Department of Biology. A Harvard-educated plant geneticist, the native Ontarian helped establish the Winnipeg Rust Laboratory to help combat an epidemic of the fungal disease that by 1917 had cut yield of the Prairie wheat crop by one third. It was not uncommon for farmers during harvest to be coated in red rust spores from head to toe in particularly infested fields.

"W.P. embraced the challenge and did something about it," explained John King, professor emeritus of biology in his remarks at the book's launch Oct. 22 at the eponymously named W.P. Thompson Building, more commonly, the Biology Building, on campus. "He helped organize the first rust conference in Winnipeg, which eventually evolved into the rust lab, which I actually spent some time in as a graduate student in the 1960s."

Rempel's research on Thompson had him making extensive use of the U of S Archives, for which he had high praise.

"Earlier in my career as a historian, I must have visited 25 archives. I supervised 35 PhDs, which meant I often sent them to archives that I had visited," he said. "In my experience, there is no archive which approaches the archives of the University of Saskatchewan."

Rempel also conducted extensive interviews with Thompson's surviving family, uncovering along the way a trove of correspondence that proved invaluable both as source material and an addition to the archives. He explained that while Thompson had many job offers from universities like Stanford in the U.S., he remained devoted to the U of S and chose to retire in Saskatchewan.

Thompson is credited with establishing outreach with school principals to help rural students transition to university, Rempel said, and was a champion for women's education, both for his graduate students and his staff. He also had little use for the IQ tests in vogue at the time.

"Dr. Thompson said, really, in terms of predictive accuracy, you're much better off looking at the Grade 12 grades," Rempel said.

A passionate advocate for science and education throughout his 35-year career, Thompson retired in 1959 after serving 10 years as U of S president. Rempel's biography, Research and Reform: W.P. Thompson at the University of Saskatchewan, is available at the University Bookstore.