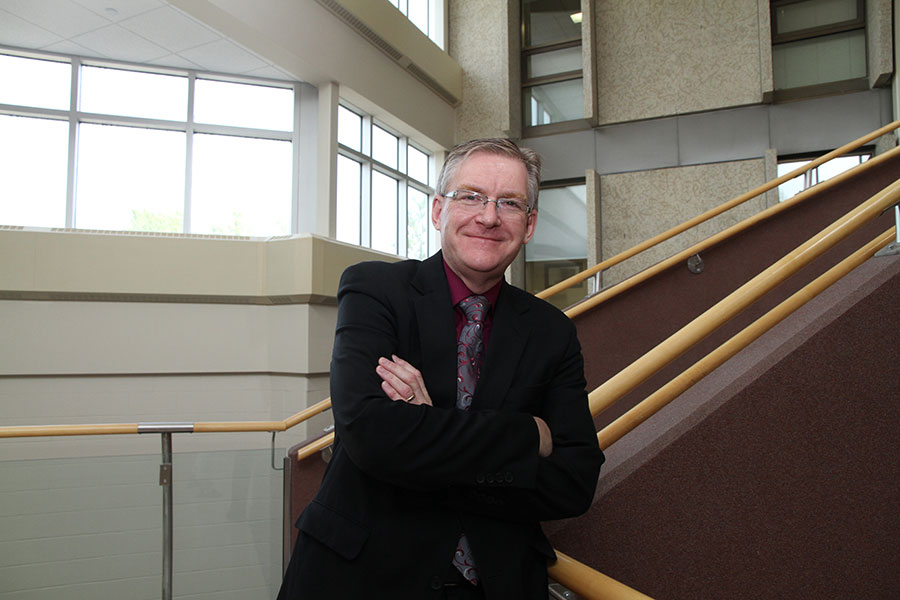 And to find out how the odds are calculated, you only have to go as far as the Edwards School of Business.

Keith Willoughby, associate dean of research and academics in the school, is the designer of the results simulation model the CFL is now hosting on its website. For Willoughby, it is a labour of love.

"I've always been a football fan," he said, recounting family trips from Melfort to Regina to watch the Riders. And in the lean years, "it was more exciting to eat at McDonald's than go to the game." Willoughby dreamed of playing football but after joining his high school team, that dream was foiled "by a combination of genetics and an unwillingness to get the snot kicked out of me."

Turning instead to an academic career, Willoughby developed a second passion—building spreadsheet models to quantify outcomes. They come in handy in the courses he teaches about business analytics and in 2013, he decided to apply the same principles to professional football.

Here is how the model works. Teams are assigned a strength value based on their win-loss record, the margin of victory or loss in all games played, the opponents each team has already played and whether the win or loss occurred at home or away, and the remaining games in the season and whether those games are at home or away. Each Monday, Willoughby inputs the results of weekend games. The model then simulates the remainder of the season 10,000 times and recalibrates each team's strength value and the likelihood of finishing first in the division.

And certain scenarios can significantly change the value, he explained. "If Saskatchewan beats a good team, say Edmonton or Calgary, it would boost Saskatchewan's strength value. And if they beat that team on the road, then the Riders get an even bigger boost. All things being equal, winning on the road is better."

Another strength booster is a wide margin of victory, he said. Unfortunately, this season the Riders have been winning by a little but losing by a lot which isn't helping their cause.

Willoughby expects the model to show greater accuracy as the season progresses because it has more real data to work with; it is more likely to correctly predict to the end of the season after teams have played 14 of 18 games than after they have played only four.

He did a test run of the model in the 2013 season and then offered it to the CFL. The league started posting the spreadsheet results at week 10 of the season.

Improving the model is something Willoughby is already thinking about. Next year, he would like to adjust the spreadsheet so it assigns more weight to more recent games rather than equal weight to all games in the season. "This would help take into account things like a team losing its starting quarterback," he said.

But what about predicting the Grey Cup winner? That, he said, "is the one ‘yeah, but.' If you could predict the second- and third-place finishers, you could project to the Grey Cup but the possible combinations are astronomical. If I could figure out a way of doing that efficiently, it would add a lot more realism."

Willoughby presented his spreadsheet model at a meeting of the American Statistical Association this summer and plans to prepare a paper about it for submission to an academic journal. But he has even more plans.

"It would really great to build a spreadsheet that would help a football team determine within a game the optimal strategy at a certain time. Say you're third and one on the five-yard line—what's the best thing to do?"

He would also like to build a model "to help fans determine when to turn off the TV when their team is losing. When is enough enough?"

After he figures that out, Willoughby has an even bigger project in mind. Pointing to the premise of the movie Moneyball, he imagines developing a model that can quantify each player's contribution to the team. "It would help teams make decisions about who to draft and how to work within the salary cap."

Unlike in the movie though, where a single batter is pitted against a single pitcher, football is a team sport and it is much more difficult to determine a single player's value. Such a spreadsheet is years down the road but, again referring to the movie, Willoughby is already imagining himself as "the Brad Pitt of the CFL."