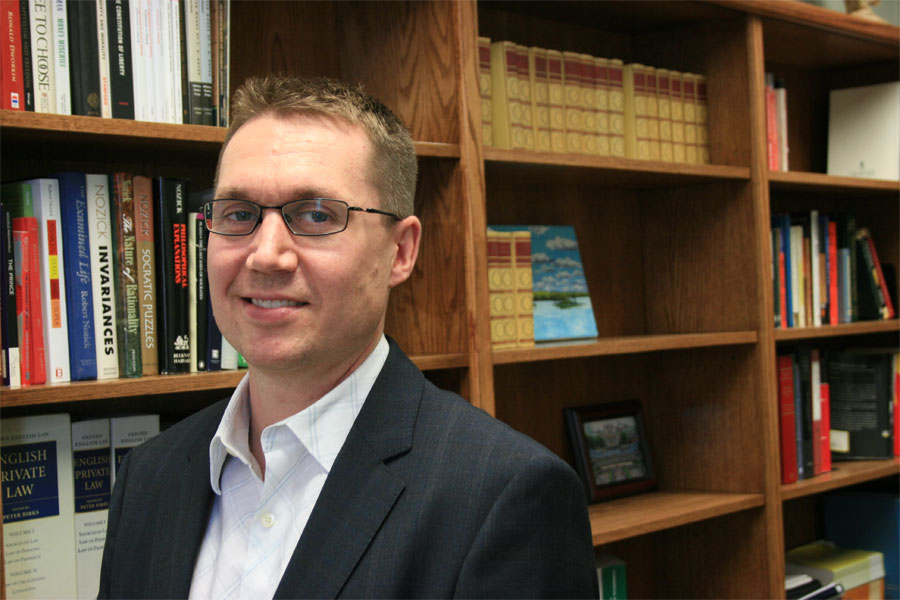 "He's our senior commercial law academic, and one of the world's leading minds in this area, so I was keen to join the fray," he said.

Bangsund took his seat as an assistant professor in January 2014. His path has taken him through Regina, Calgary, Edmonton and New York before bringing him to Saskatoon.

A native of Langenburg, a small town near the Manitoba border, Bangsund was intrigued by the law even as he pursued an education degree at the University of Regina. He taught high school math and phys ed for a year.

"I really enjoyed it," Bangsund said. "In fact, teaching is a big reason I came back to the academic side of things, to get back into the classroom."

He followed the lure of law to the U of A, then articled and worked for a major national law firm in Calgary, specializing in securities. He return home to Langenburg, to a boutique law firm specializing in agricultural secured debt realization, then moved to a regional firm in Edmonton, where his focus shifted to secured lending.

"One thing I bring to the table is practical experience, which I can relate to my students," he said.

Bangsund completed his master's degree at Columbia Law School in New York, and is currently balancing the demands of his PhD research with the needs of his students in contract law.