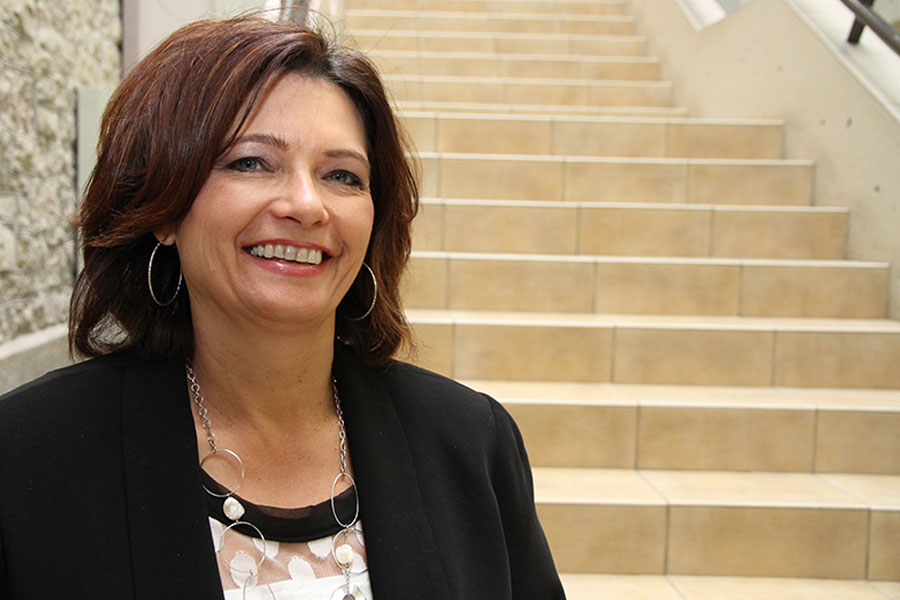 "I'm trying to create a schedule that is the best and optimal for the students," said Bokshowan, who works in Registrarial Services in the Student and Enrolment Services Division at the University of Saskatchewan. "It's a high-stress time for them."

Bokshowan likens exam scheduling to putting together a puzzle. She begins gathering the pieces even before the term starts. In mid- to late-August, she updates the database by adding new courses. The Room Scheduling Office in the Facility Management Division provides a list of rooms available during the exam period. Then, a couple of weeks into the term, Bokshowan contacts instructors, asking about any special circumstances that need to be considered, such as a requirement for slides to be projected on a wall.

The last pieces of the puzzle are available after the add-ordrop- a-class deadline has passed. That's when all the student information is added.

"It's time to go, but it's not that we press a button and it runs," said Bokshowan.

The exam scheduler, a software program called Infosilem, runs in batches, starting with the classes with the most students. It schedules the exams randomly throughout the exam period. A few hours in, Bokshowan has a preliminary schedule.

"I go through it with a finetoothed comb. And I tweak the data. There's always something."

Because the scheduler doesn't know room locations, an engineering exam may have been scheduled for the Health Sciences Building. Bokshowan changes those kinds of glitches before sending the preliminary schedule to the instructors.

Sometimes, an instructor will then ask for a change to the schedule. Infosilem provides such detailed information that Bokshowan can tell the instructor that students in the class would have a conflict if the change were made. The instructor would then be responsible for making alternate arrangements for those students.

By early October, the exam schedule is posted.

"Once it's posted, I can relax. It's usually when I book holidays," said Bokshowan with a laugh.

She recalls her job before the university purchased Infosilem. Creating the exam schedule with the old software program was a full-time job for a whole month. And it was far from foolproof. One year, class information for about 3,000 students did not transfer to the exam scheduler.

Bokshowan enjoys her job and the challenges that come with it.

"It's fun. You have a sense of accomplishment when you can schedule that many students in that many exams in such a small time period without creating a conflict."