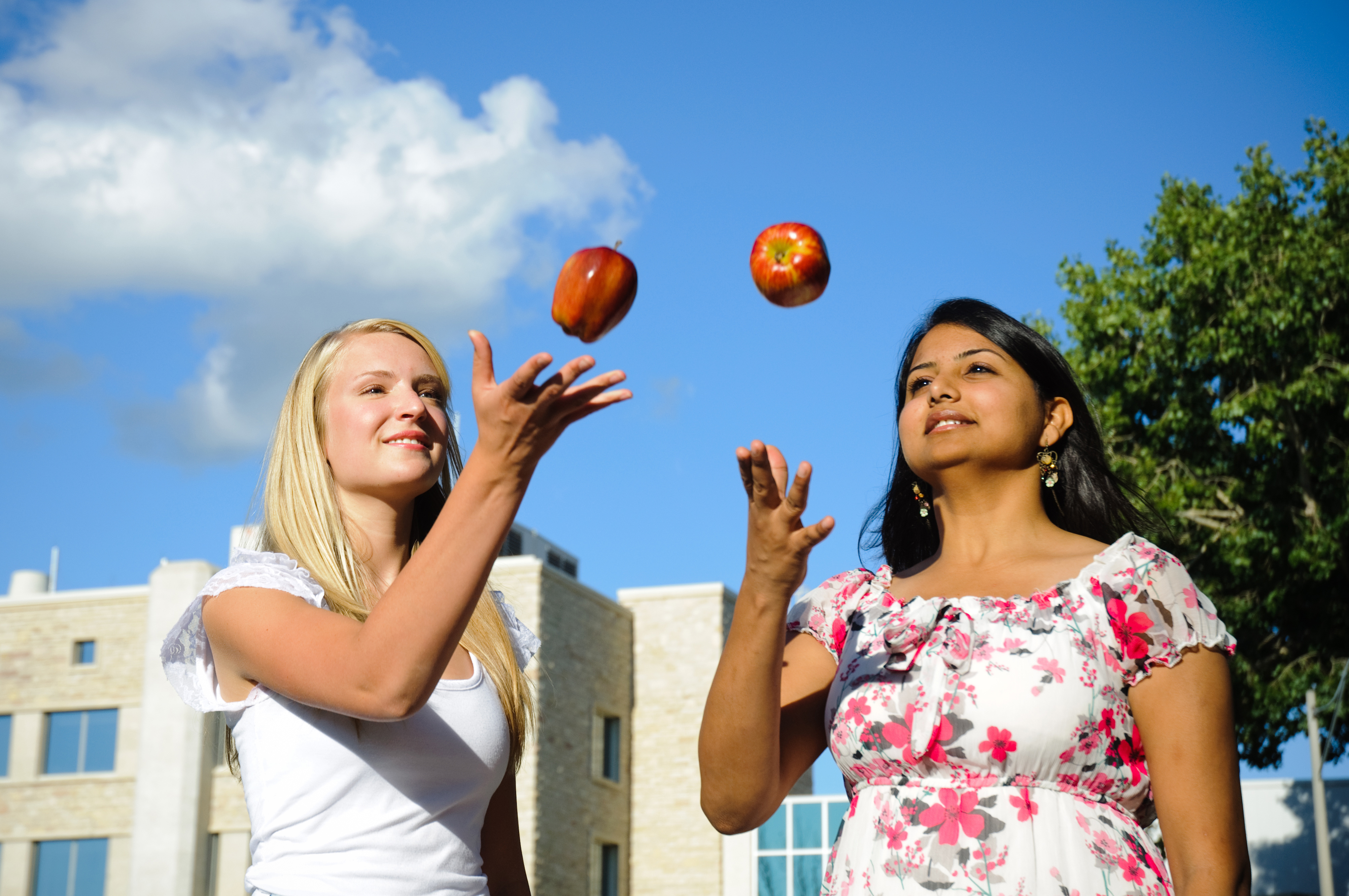 No one is sure exactly how plants do this, but flavonoids, the chemicals that give oranges and apples their color, might hold the answer.

Plants produce more flavonoids when they're subjected to sunlight's damaging ultraviolet rays. This suggests the compounds could be a kind of plant sunscreen, and it's why University of Saskatchewan associate professor of pharmacy Ed Krol and students Sabia Maini and Heather Hodgson are investigating whether they could be used in human sunscreen, too.

"If flavonoids protect plants, then the next question is, ‘Can we see if they're useable in humans?' " Krol said.

Many sunscreens on the market have chemical ingredients that can pollute lake, river and ocean ecosystems. There are some natural mineral sunscreens, but plant sunscreens are still a new idea.

"This is a natural product so it has a unique market value," Krol said.

There's a lot of research to do before anyone can make a full flavonoid sunscreen, but Krol's students are making headway in both exploring the chemicals' stability and sun blocking abilities. The team has already shown that some flavonoids reduce signs of skin damage in lab samples. Now they want to show they are protective at the very beginning of damage.

Undergraduate student Hodgson is spending her summer figuring out how flavonoids might break down over time, and is making copies of those materials. Stable compounds are vital to long-lasting sunscreen.

"This is a great opportunity to do things undergrads don't normally get to do," Hodgson said.

One of those things is helping master's student Maini test her newly designed system to measure sun damage.

When ultraviolet light hits the skin, it damages its DNA, the molecule that carries all the information needed for life. A strand of DNA is like a twisted ladder with steps made out of matched pairs of molecules called bases. Each of these pairs are composed of four types — C, G, A, and T.

Sometimes, ultraviolet light will hit two side-by-side T bases, causing them to stick together. This makes it difficult for the DNA to be copied properly. These damaged Ts are called T dimers, and are a dangerous mutation.

First, artificial skin samples are exposed to UV rays, and T dimer mutations form. Maini extracts DNA from the skin samples and puts them through a process called high performance liquid chromatography, which separates the different parts of the DNA.

Maini needed to make sure she was only measuring the T dimers and not other DNA fragments, so she uses another technique, mass spectrometry, which can distinguish between the two.

Next, the team will test skin samples with and without flavonoids to see how well the sunblockers work. If they work as well as the team hopes, a plant-based sunscreen could be on the market in the next 10 years.


Victoria Martinez is a student intern with the U of S Research Communications office:
www.usask.ca/research