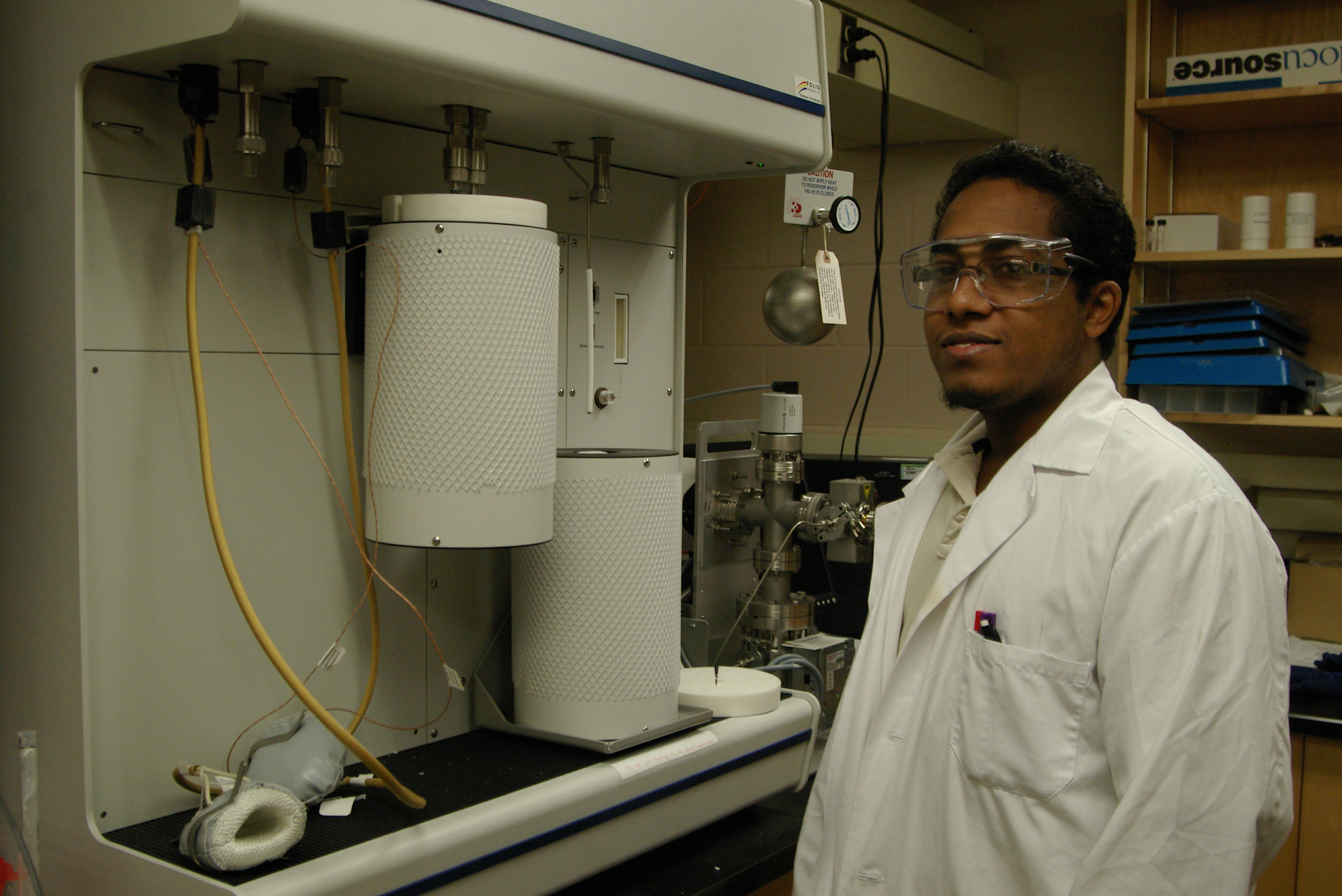 The awards honour graduate students who have demonstrated an entrepreneurial spirit by identifying ways in which their research thesis results can be developed into products and processes to benefit Canadians.

Mohamed is investigating ways to remove corrosive acids from oilsands process water. His project, the only finalist project not already at the commercialization stage, was deemed by the judges to show great potential.

Crude oil contains naphthenic acids which lead to corrosion problems in oil refineries, so the oil must be washed and the waste water cannot be reused.

"During oilsands production, the industry uses a lot of water to wash the crude oil. As a result, naphthenic acids are introduced into the water," says Mohamed, now an NSERC Visiting Fellow with both the U of S and Environment Canada.

The contaminated water is collected and stored in large tailing ponds, unable to be safely returned to the environment.

Once the federal government determines standards for cleaning and returning the water to the environment, oil producers will be looking for an efficient, cost-effective and environmentally friendly method of purifying the water used to wash crude oil, he says.

Mohamed found that molecules of a naturally occurring sugar, cyclodextrin, can be linked together to create a polymer that extracts naphthenic acids from water.

Other methods being researched have limitations related to their cost and effectiveness. Also, some methods break down the naphthenic acids into unknown compounds, which may lead to further toxicity problems.

By contrast, Mohamed's method captures the naphthenic acids, removing them from the water. In addition, cyclodextrin is an environmentally friendly solution to a serious environmental concern.

The cyclodextrin-based polymers function like other types of water filtration system, such as charcoal filters, but the polymers display remarkable binding behaviour.

While inexpensive charcoal has been used for hundreds of years to clean water, studies have shown that once the pollutant is trapped, it leaches from the charcoal.

"Our material shows high binding, which solves the problem of leaching," Mohamed says. "It is also easy to reuse our materials."

The problem Mohamed had to overcome is that cyclodextrin is soluble in water. He made it insoluble by polymerizing the coneshaped molecules, which are then modified to target naphthenic acids in a process Mohamed likens to tuning a dial on a radio to find the right station.

He was inspired to pursue this research by its potential to help people in his home country, Kenya, where water purification is a serious concern. He believes he will be able to bring the Saskatchewan research back to Kenya where it will provide other water purification solutions.

"This research can be used to purify any contaminant that is in water," Mohamed says. "You just have to tune the material to target a particular impurity."

His next step is to continue his research to find a more efficient material. The long-term goal is to develop the project for large-scale operations in the field once reclamation of oilsands process water gets underway.


Lisa Buchanan is a student intern with the U of S Research Communications office.