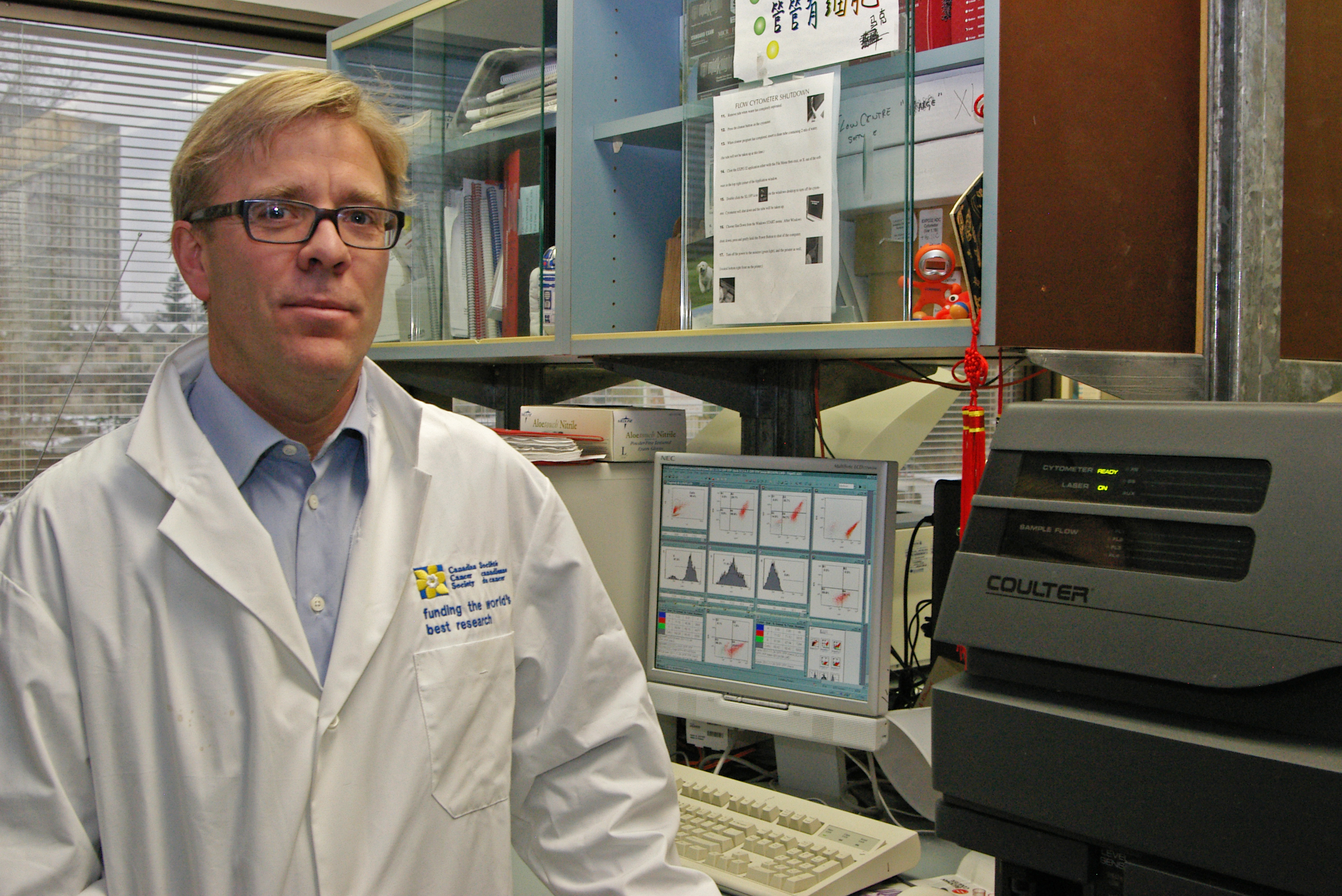 An antibody is a molecule that can bind to another molecule such as a cancer-associated protein.

"There's no cure for cancer and every cancer patient wants improved therapy. Our main goal is to use antibodies to treat cancer," said Ron Geyer, U of S associate professor of biochemistry.

In addition to fighting cancer by targeting cancer-associated proteins, antibodies help with early diagnosis by guiding medical isotopes to tumours.

Normally, the human body produces antibodies to fight off disease. They identify harmful cells as foreign and capture them so they can be removed by the immune system.

"The problem with cancer is those cells are from us, so our bodies don't recognize them as foreign and we are incapable of producing antibodies against ourselves," Geyer said.

Over the past decade, antibodies have become the major breakthrough for cancer treatment.

Geyer has established the Saskatchewan Therapeutic Antibody Resource (STAR), a research group of a dozen scientists that will develop synthetic antibodies. STAR is seeking funding to open a dedicated laboratory centre for large-scale operations.

Geyer is using cutting-edge technology to produce antibodies that are more specific, and cheaper and faster to generate than with the conventional method.

Unlike traditional methods of antibody production, synthetic antibodies are developed in a test tube rather than in the immune system of an animal.

STAR is part of a new consortium established with the Toronto Recombinant Antibody Centre at U of T. The consortium members will pool their expertise to produce more and better antibodies.

There is a need for new antibodies because they are not available for every target. There are only about a dozen antibodies approved for therapy.

The market for antibody therapeutics is estimated at more than $26 billion annually worldwide. The consortium will enable rapid commercialization and develop a network for producing sufficient quantities of therapeutic and diagnostic grade antibodies. STAR will generate antibodies for researchers in Western Canada.

Since our bodies do not recognize cancer cells as harmful, antibodies must be engineered to detect specific defects in cancer.

That's where researchers like Geyer and his colleagues come in. They produce billions of unique antibodies from which they isolate those that recognize a target, such as a cancer cell.  The disease target is exposed to the pool of antibodies to find out which one binds to the target.

Antibodies will also be used by the new cyclotron planned for the campus which will produce medical isotopes for Saskatchewan's first positron emission tomography-computed tomography (PET-CT) scanner to be installed at Royal University Hospital.

Isotopes produced by the cyclotron reveal tumours in a PET-CT scan, but the isotopes cannot find their way to the tumour on their own. The isotope can be attached to an antibody which guides the isotope to the tumour.

"The PET-CT scan can show a number of things including where the tumour is, its size, whether it has spread, or if it is in remission, shrinking or disappearing," Geyer said.

While other methods exist for showing this, Geyer explains that antibodies allow for a more targeted diagnostic which could lead to earlier detection.

"One of the main goals in cancer research is early detection because a lot of tumours are worth operating on as long as they have not spread."


Lisa Buchanan is a graduate student intern in the U of S Office of Research Communications.