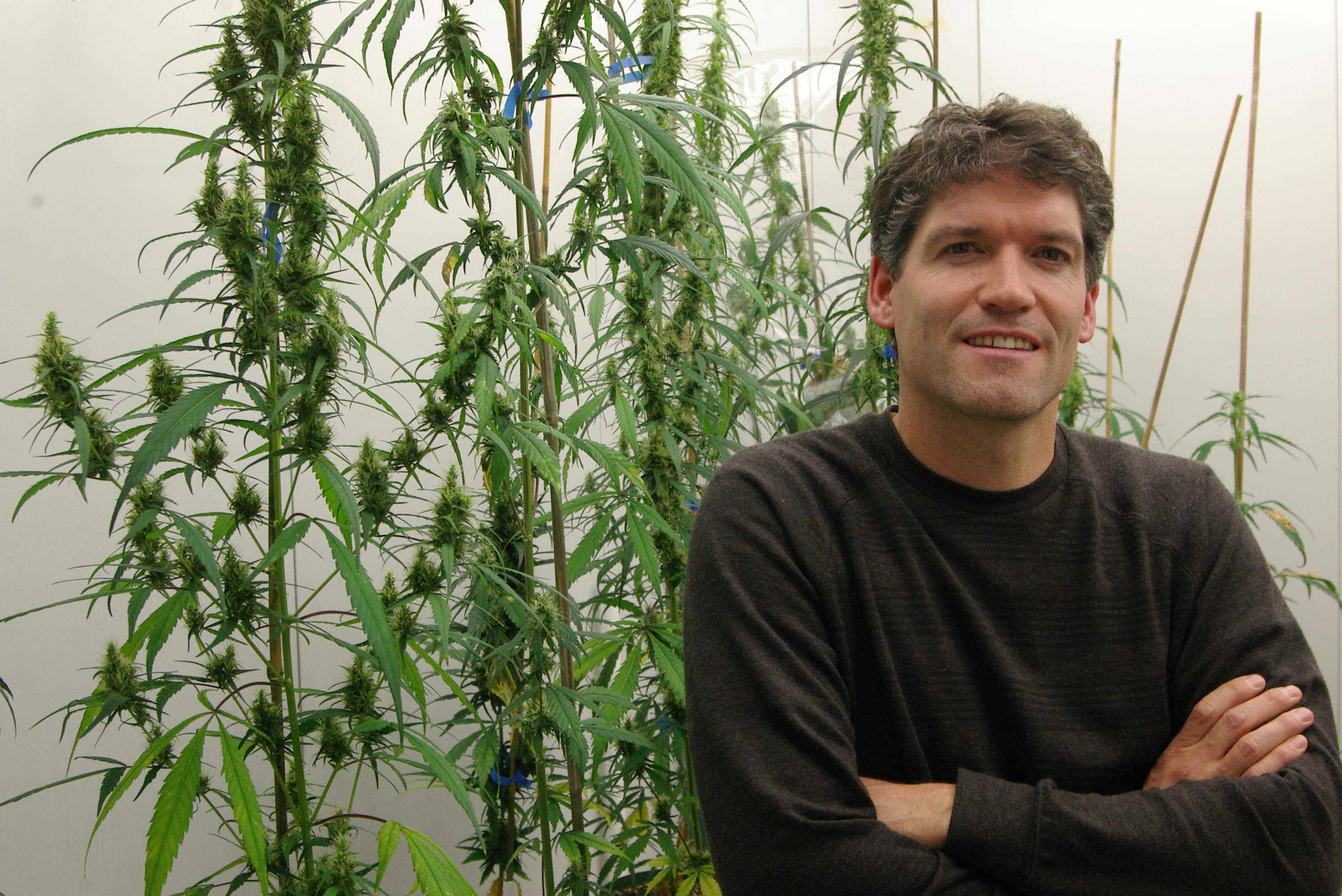 Jon Page is a plant biochemist and adjunct professor of biology at the University of Saskatchewan. He explains that a simple genetic switch is likely responsible for the production of THCA, or tetrahydrocannabinolic acid, the precursor of the active ingredient in marijuana.

"The transcriptome analysis showed that the THCA synthase gene, an essential enzyme in THCA production, is turned on in marijuana, but switched off in hemp," Page says.

Tim Hughes, co-leader of the project, is a professor at the Terrence Donnelly Centre for Cellular and Biomolecular Research and the Department of Molecular Genetics at the University of Toronto. He explains the team compared the potent Purple Kush marijuana variety with ‘Finola' hemp, which is grown for seed production. Hemp lacks THCA, but does contain another, non-psychoactive substance called CBDA, or cannabidiolic acid.

"Detailed analysis of the two genomes suggests that domestication, cultivation, and breeding of marijuana strains has caused the loss of the enzyme (CBDA synthase), which would otherwise compete for the metabolites used as starting material in THCA production," Hughes says.

Essentially, this means that over thousands of years of cultivation, hemp farmers selectively bred
Cannabis sativa into two distinct strains – one for fibre and seed, and one for medicine. Marijuana has been used medicinally for more than 2,700 years, and continues to be explored for its pharmaceutical potential.

"Plants continue to be a major source of medicines, both as herbal drugs and as pharmaceutical compounds," Page says. "Although more than 20 plant genomes have been published, ranging from major food crops such as rice and corn, to laboratory models like
Arabidopsis, this is the first genome of a medicinal plant."

The researchers expect that sequencing the
Cannabis sativa genome will help answer basic questions about the biology of the plant as well as furthering development of its myriad applications. These include strains for pharmaceutical production, high-producing industrial hemp plants, and hemp seed varieties to produce high-quality edible oil. Hemp seed oil is rich in omega 6, an essential fatty acid, and its fibre is used in the production of textiles.

According to the Canadian Hemp Trade Alliance, about 25,000 acres of the crop were sown in Canada in 2010, much of this in Manitoba. Due to hemp's association with marijuana, farmers need to be licensed through Health Canada to grow the crop. Canadian medicinal marijuana is currently produced under Health Canada contract with Prairie Plant Systems, a biotechnology company based in Saskatoon.

The article describing the research findings, "
The draft genome and transcriptome of Cannabis sativa,'" will be published October 20, 2011 in the BioMed Central open access journal
Genome Biology available at
http://genomebiology.com.